When firefighters arrived at the facility, they found half the building in flames. 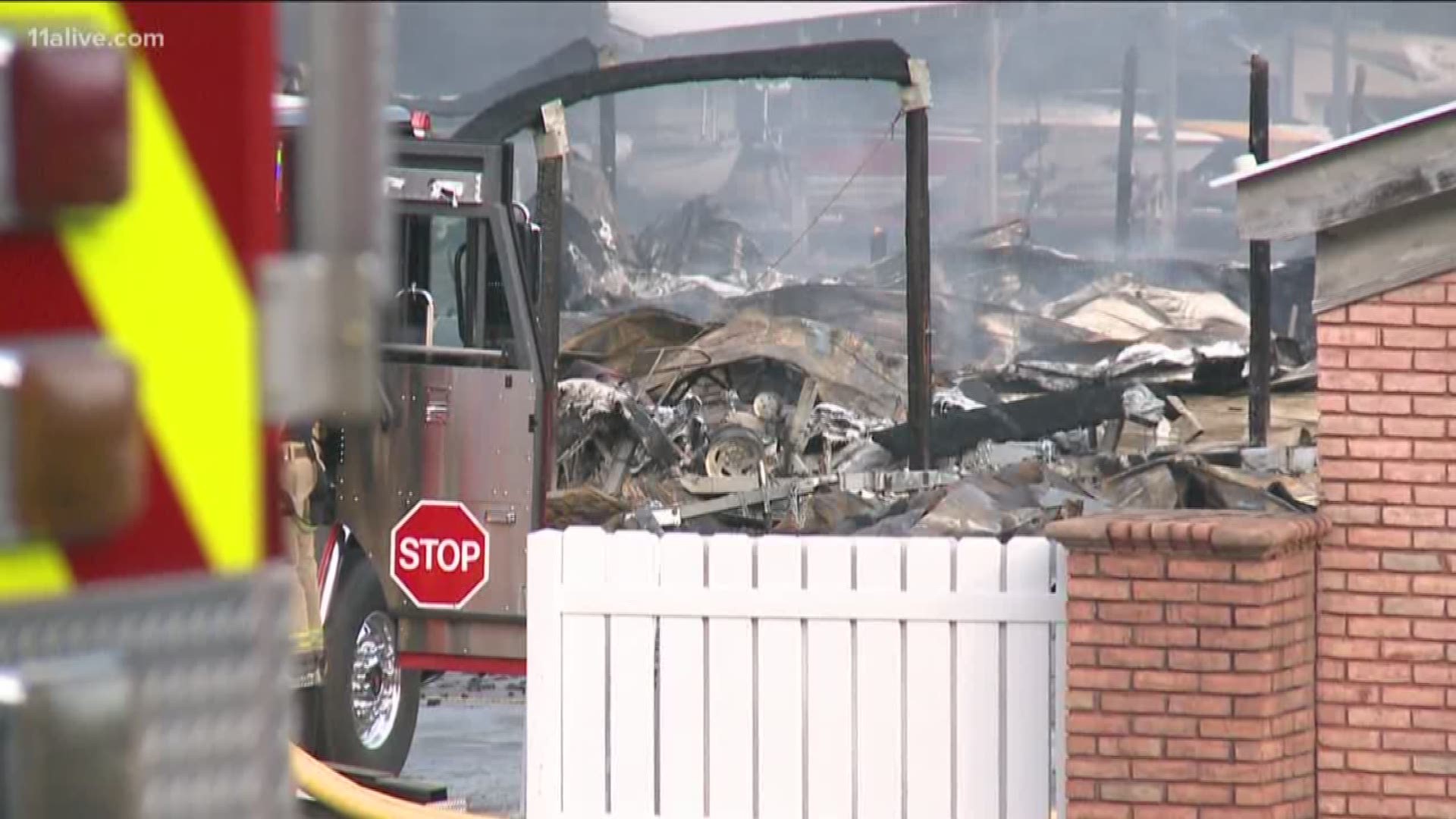 Rutledge said crews were summoned shortly before 5:30 a.m.to Buford Dam Road Boat Storage on Little Mill Road at Buford Dam Road in Buford. When they arrived, firefighters discovered half the building in flames.

He said the crews used multiple hand lines and two aerial trucks to bring the fire under control. Additional units were called to help protect an adjoining motorcycle shop, which also sustained some damage, Rutledge said.

The Gwinnett County Fire Department's Hazmat Unit was requested to respond to monitor runoff, due to the presence of fuel burning and the application of foam.

Rutledge said 86 boats and four vehicles were destroyed by the blaze. He said the fire in the retail and office area caused a collapse of the business's roof.

He said the 911 call was initially made by an overnight security officer working at the facility. No injuries were reported.

Fire investigators were on the scene talking with the business's owner and the employee who initially reported the fire as part of their ongoing investigation. They were still trying to figure out a cause, but said the fire appeared to have started mid-way down the building between two boats and a pull-behind camper.

Folks who owned boats or RV/campers that were destroyed filtered through the business Sunday to check on extent of the damage.

Fire crews cleared the scene, but Rutledge said they will be back throughout the evening to make sure there are no more smoldering spots left.