Bulletproof backpacks now on shelves in Charlotte, in time for back to school shopping 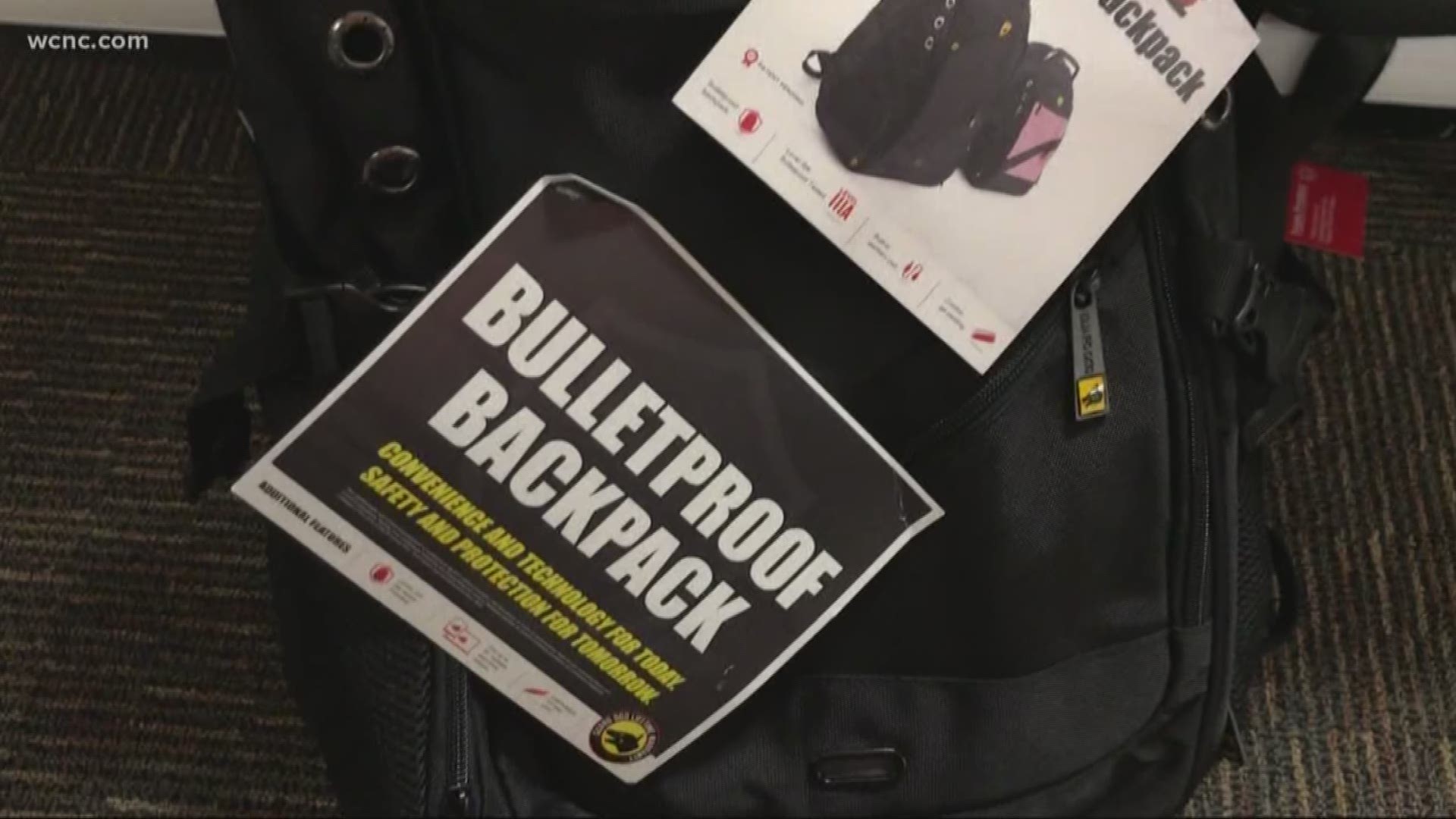 CHARLOTTE, N.C. — Just in time for back to school, bulletproof backpacks are now available in Charlotte-area stores.

Office Max and Office Depot have stocked their shelves with the Guard Dog Security brand bulletproof backpacks, tested to withstand bullets from a handgun with no penetration.

But it’s making back to school shopping more unnerving than ever for some parents.

“That’s very interesting you can just go in a store now and buy this, it’s not like it’s a special order or anything," said Amber Williams, a mother of three. “It's very scary to even think that you'd have to have bulletproof backpacks."

The backpacks are now available in Office Depot and Office Max stores in North and South Carolina, retailing for around $150 to $200.

Up until this point, most of these bulletproof bags had to be ordered online, direct from the specialty companies that manufactured them, but their popularity skyrocketed fast.

Since the Parkland school shooting, there has been an estimated 200 to 300% increase in sales. Now, they're rolling out in store aisles.

“We’re not saying buy a backpack it’ll solve everything," Sheikh said, "we’re saying this will put you in a better position in the case of a school shooting than someone who doesn’t have a bulletproof backpack.”

WCNC also found ballistic backpacks now being sold online through major retailers like Macy's, Bed Bath & Beyond, and Kmart. So don’t be surprised if you catch a glimpse of the word “bulletproof” next to the binders and pencils this year.