Business owners cleaning up in the wake of overnight damage

As businesses cleaned up on Saturday morning, volunteers showed up, offering to help out. 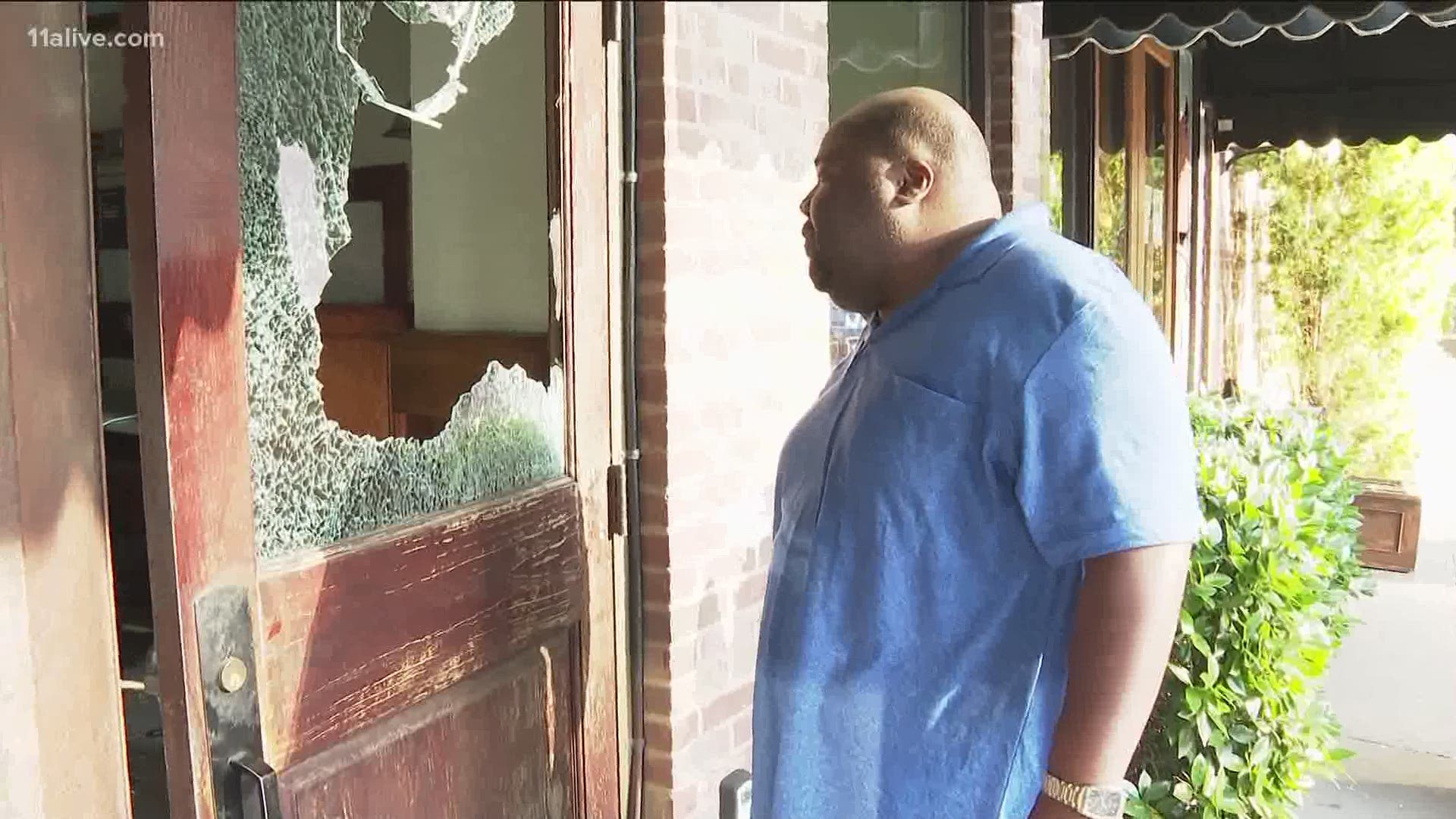 ATLANTA — Only hours after the damage in downtown Atlanta, crews worked to remove the graffiti from the iconic CNN logo outside CNN Center, as well as cleaning up and repairing the glass entering the network's headquarters building.

While Friday evening's protest started peacefully, after darkness fell, the protests turned violent, with first cars being set on fire, followed by damage to buildings in the downtown area and eventually moving northward to the city's Buckhead area.

By the morning, the city was left looking like a war zone.

Damage to buildings in Buckhead came much later in the evening and overnight hours as looters headed from downtown to that district.

By midnight, Gov. Brian Kemp had declared a state of emergency for Fulton County and activated the Georgia National Guard, calling up 500 guard members to patrol across parts of the city.

As businesses cleaned up on Saturday morning, volunteers showed up, offering to help out. Many of them were bringing shovels, brooms and bags.

They simply showed up and asked if anyone needs help.

The business owners said they were grateful for the help.

Many of the smaller business owners, having just recently reopened following the coronavirus pandemic, are finding that they may not know at this point, when they will be able to reopen at all.

Tabernacle not on fire, but crews sent to scenes nearby