Businesses have profited greatly from the Atlanta Braves postseason success. Now, they're showing support for the team in their own way. 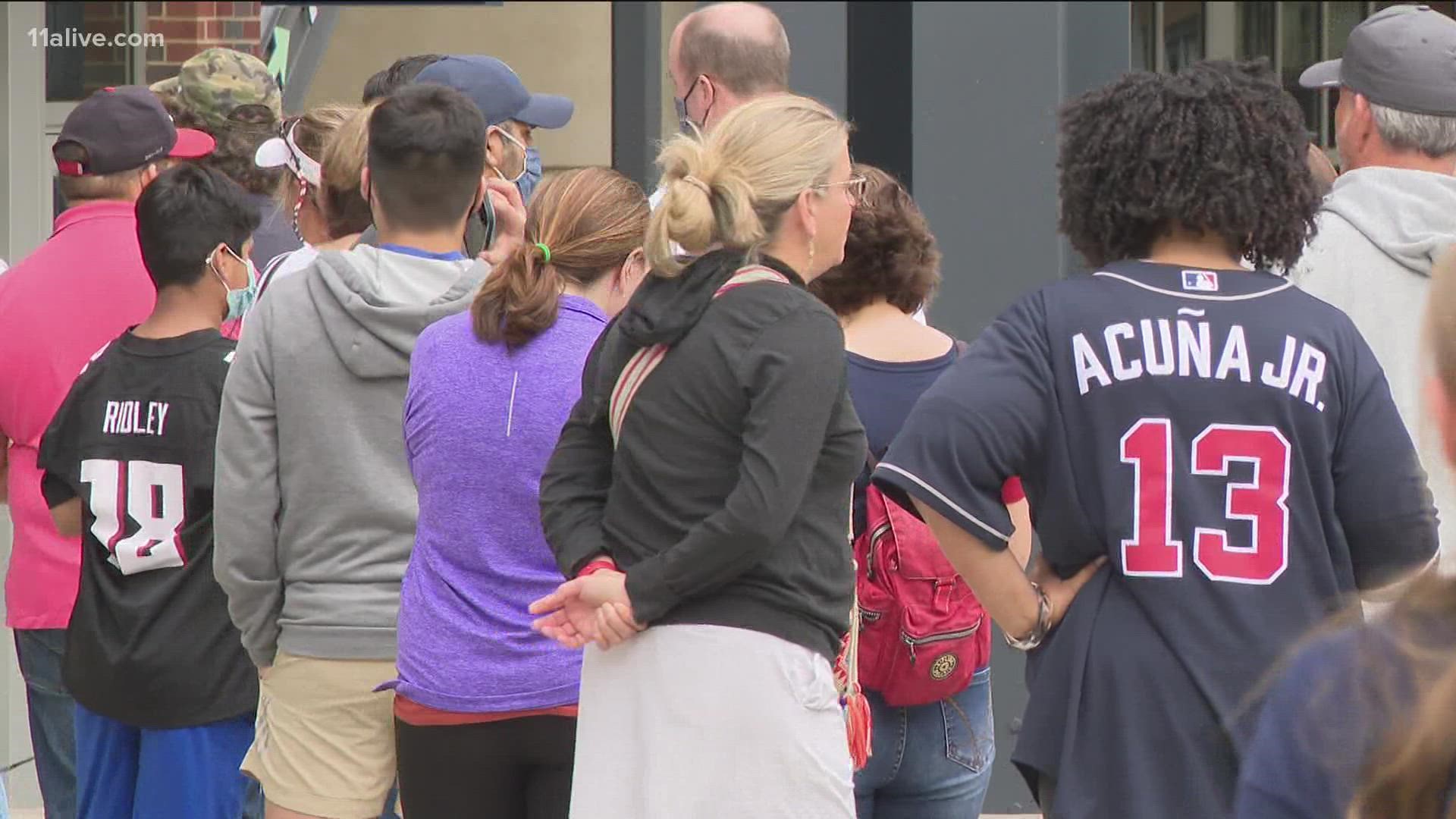 COBB COUNTY, Ga. — Prominent buildings in Atlanta and Cobb County lit up red and blue to show support for the Atlanta Braves after the team clinched a spot in the World Series by beating the Los Angeles Dodgers in the National League Championship Series Saturday night.

Even the sky seemed to show support for the Braves, with a hint of red color in the clouds dotting the skyline. Fans waited in line all day at The Battery to get their hands on Braves merchandise.

Businesses are also showing excitement and support for the Braves. Jim Chasteen, one of the owners of ASW Distillery, said despite the pandemic, business has roared back in a big way because of the Braves' success. In turn, Chasteen said the distillery has tried to pay homage to the Braves when it can. Jerseys from Braves past and present line the walls of the business that welcomes fans just blocks from Truist Park.

"I think it’s been financially phenomenal for us," Chasteen said. "Our number one selling cocktail in our tasting room is called Joc's Pearls. We like to do things that make Atlanta feel like a small town."

Atticus Roness, who works at Waterloo Sunset Records, said the record store has seen more people pop in as the Braves have gone deeper into the postseason. He said the store has also tried to adapt to cater to the fan experience at The Battery and the ballpark.

“We let customers hold stuff here while they go to games, marking the calendar when the games are. We make sure we’re putting out baseball cards specifically of the teams that are playing," Roness said. "While the sales of records may not be astronomical, the talk about us is. When the season’s over, they’ll definitely be coming back.”

RELATED: Braves fans say NLCS win is a moment worth reveling in

With the Braves long postseason run not yet finished, fans and businesses alike will soon get a full taste of the Fall Classic.

"Everybody is certainly recovering from a difficult year, but the excitement and camaraderie and neighborhood and community it creates when a sports team we’re all pulling for is successful is pretty uniting," Chasteen said.