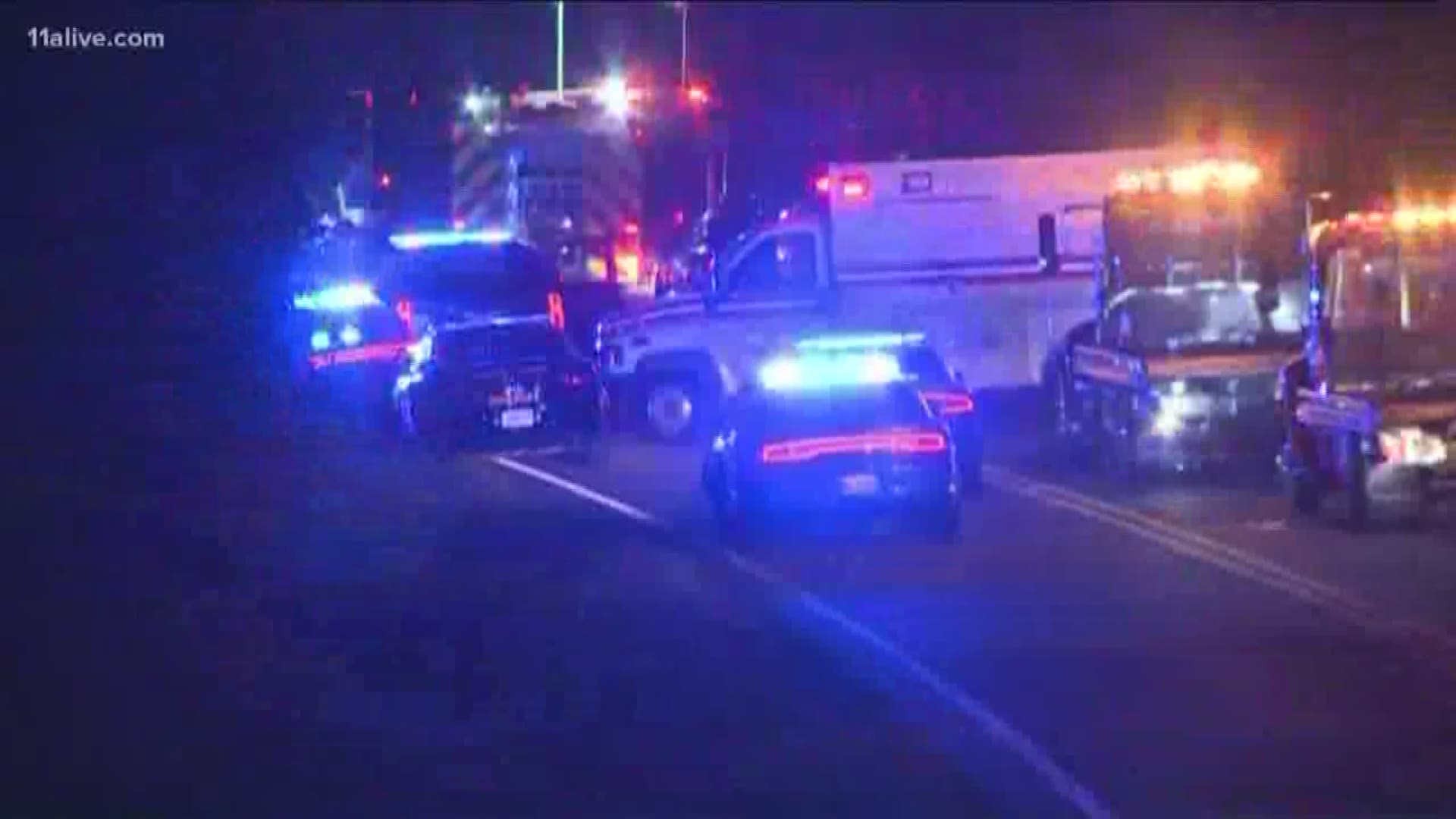 According to the Georgia State Patrol, a Butts County Sheriff's deputy was the next to spot the vehicle. But it ended up crashing before the deputy was ever able to catch up.

Four people traveling westbound on Ga. Highway 36 were struck by the fleeing vehicle at around 5:30 p.m., killing two, Long said.

Two elderly women were dead and two people in the car of the fleeing suspect also died. The driver of the suspect's car is in critical condition.

Return to 11Alive.com on this developing story.