The sheriff says if someone flees, they must have a reason, and his department will chase them down to find out why. 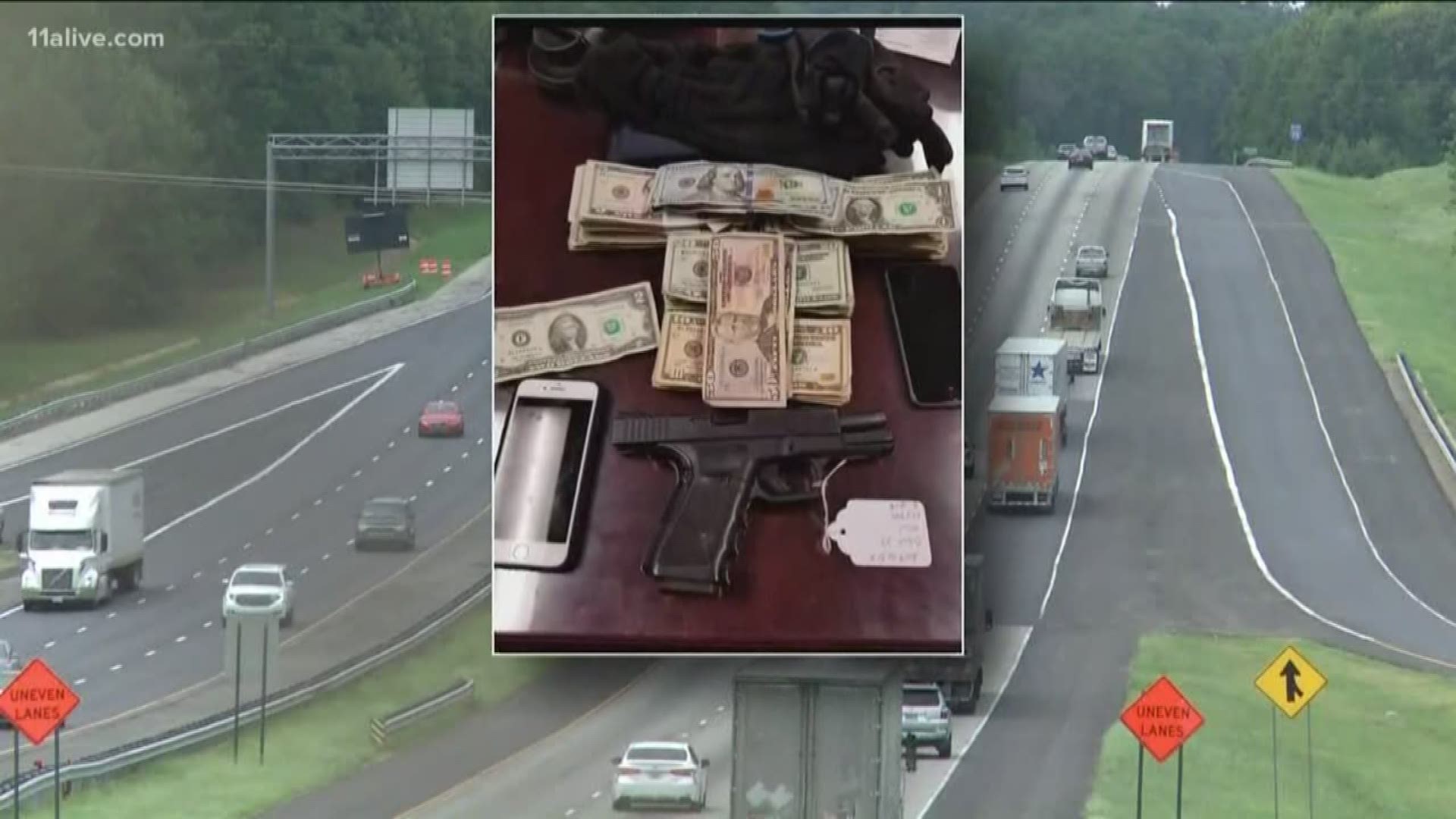 The driver reached speeds of up to 100 miles per hour on Interstate 75. The driver and his passenger were captured by Butts County Sheriff's Deputies -- but there is more to the story.

When the incident began, the deputies initially had only been trying to stop the driver for speeding. They had no idea--until later--that the driver and passenger were suspects in an armed robbery.

Butts County Sheriff Gary Long said that is exactly why his deputies will always chase anyone and everyone who flees from them, and it is why he opposes any efforts by the state of Georgia to restrict controversial and sometimes dangerous law enforcement pursuit policies in the name of public safety.

The incident started at 9:14 on Sunday morning when a deputy on Georgia Highway 16, a two-lane road, clocked a car going 74 in a 55 miles per hour zone.

Sheriff Long says the deputy tried to pull the driver over, but the driver had other ideas. He floored it. The deputy began to chase him, westbound on GA 16, with other deputies joining in.

The chase moved from Georgia 16 onto I-75 northbound, where the fleeing car reached speeds of 100 miles per hour.

A Georgia State Patrol trooper tried to use a PIT maneuver, but the fleeing driver was able to regain control and continue driving.

After a  chase of about 10-miles, a Butts County Sheriff's deputy was able to perform another PIT maneuver and stop the fleeing car. The driver and passenger were arrested.

Long said it turned out that the two men were not just running from a speeding ticket. Inside the car, he said, the two men had a gun, plus a lot of cash that the Sheriff said they had robbed from a convenience store in Milledgeville, an hour earlier.

In a message that Sheriff Long posted on the Butts County Facebook page, he said that if his department had followed through with what some other departments in Georgia do, and call off the pursuit, some bad guys would have gotten away.

"If we did things like a lot of agencies and canceled this pursuit because it was a speeding violation, we would have let two, violent armed robbery perpetrators go," Sheriff Long posted.

Hundreds of people posted on Facebook, agreeing with Long.

But not Joi Partridge.

"Not a day goes by without me thinking about my mom and my kids," Joi Partridge has said in previous interviews with 11Alive News.

Partridge lost her mother and two children three and a half years ago when law enforcement officers chased a man suspected of stealing a Chevrolet Suburban.

The chase ended in a southwest Atlanta neighborhood when the suspect crashed the Suburban into the Partridge family's car as they were driving to church.

"We have a family that has been wiped out over a Chevrolet Suburban," Chestnut said.

In Nov. 2018, while chasing a car theft suspect, a South Fulton police officer crashed into a van. That crash killed three people inside the van.

Following that incident, South Fulton Police Chief Keith Meadows changed the department's chase policy to bring it in line with many other law enforcement agencies in Metro Atlanta, which says to break off chases for relatively minor crimes such as property thefts and traffic violations.

"I think the best way we can honor the people who perished in that accident is by constantly taking a look at ourselves and not just those individuals but our officers, as well," Meadows said.

In February, Georgia State Sen. Gail Davenport of Jonesboro introduced a bill to restrict police vehicular pursuits, statewide. The bill would only allow chases when police need to catch persons suspected of murder or other violent crimes.

The bill, which has not yet come to a vote, is similar to another restrictive chase policy adopted four years ago by the International Association of Chiefs of Police, which says "pursuits for minor violations are discouraged."

11Alive was unable to reach Butts County Sheriff Long to elaborate about the life and death risks, as well as the benefits to the public, of high-speed chases.

His Facebook post, for now, speaks for him, saying, in effect, that if someone is fleeing his deputies, they must have a reason, and he said that deputies will chase down each and every one of them to find out why.