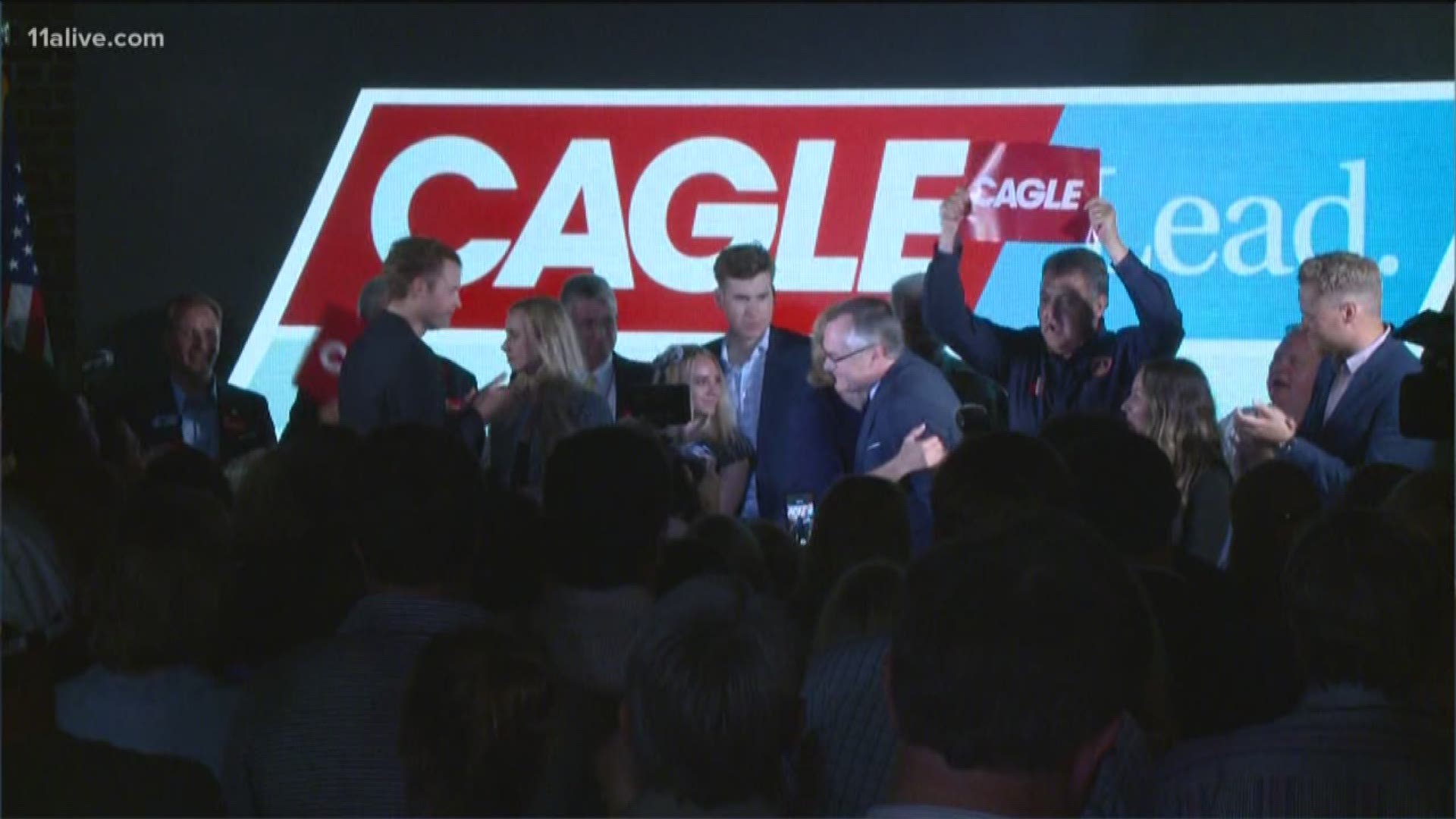 ATLANTA -- There’s another secret recording of Casey Cagle in which the GOP candidate for governor appears to say Republican voters don’t care about public policy. The recording—and its release – may foreshadow how ugly the next two weeks will be in the Republican primary runoff.

Cagle had just finished first in the May Republican primary when he chatted with Clay Tippins at his headquarters. Tippins had run for governor and lost. He carried a recorder— releasing a portion of the secret recording with Cagle days later.

This time, Brian Kemp’s campaign released another portion of it -- where Kemp says Cagle whispered some unflattering words about Republican primary voters’ interest in issues.

“The problem is in a primary – and you and I are just talking off the record, frank – they don’t give a (expletive) about those things. OK. In the general election, they care about it, OK. But they don’t care about it in a primary,” Cagle says in a confidential whisper to Tippins.

In a statement, Kemp said “the new audio also exposes Cagle’s real opinion of Republican voters in Georgia. Like Hillary Clinton, Casey Cagle thinks the electorate is a basket of deplorables who lack the intelligence” to care about issues.

Cagle’s campaign says the recording shows Cagle merely calling out Brian Kemp, whose advertising featured his gun collection and his pickup truck. The back-and-forth has two more weeks to go.