His parents made the video - which they said they fought hard to obtain and share - public. 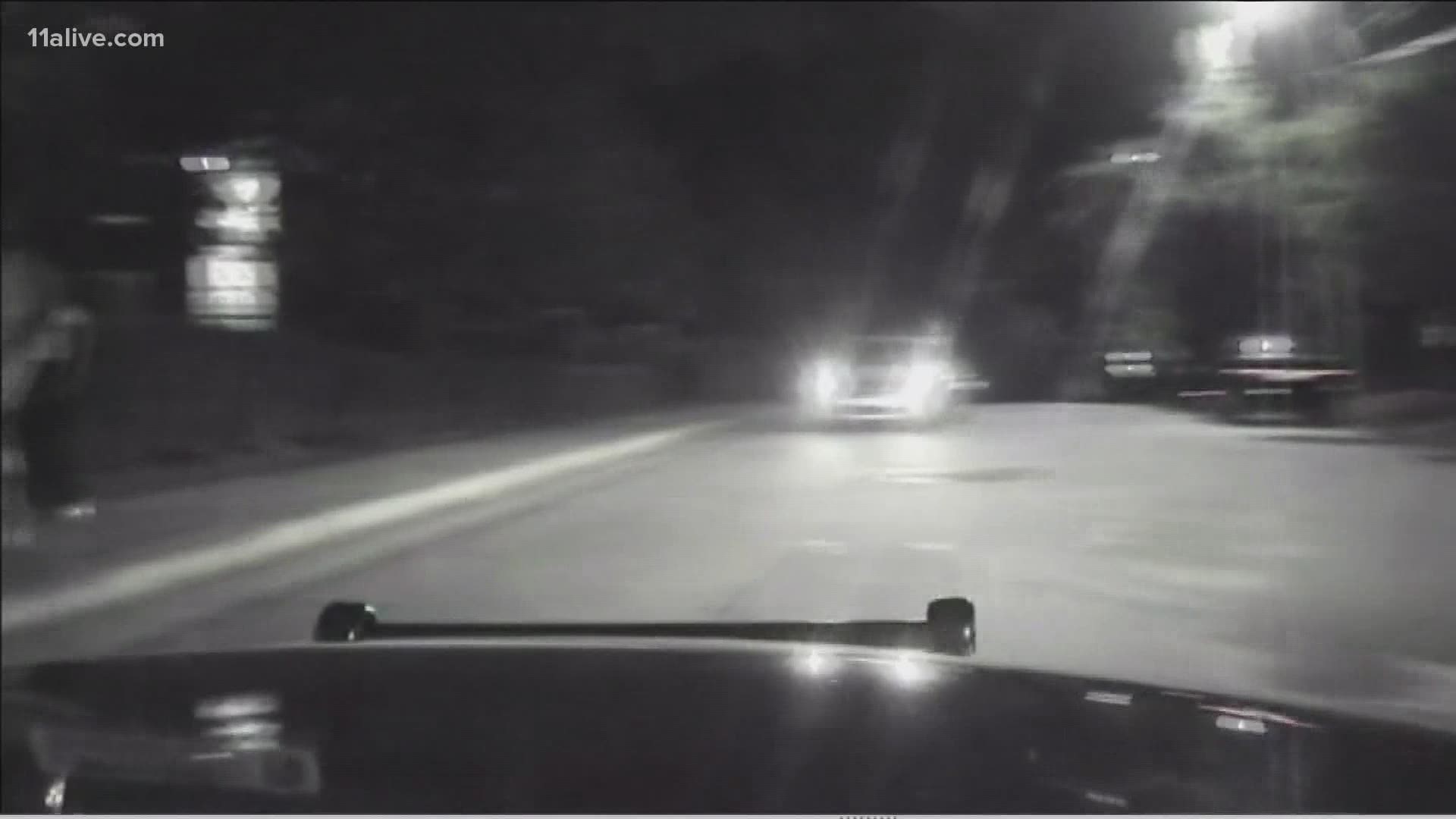 ATLANTA — The family of Caine Rogers, a 22-year-old shot and killed by an Atlanta Police officer in 2016, has released new video from the night of the fatal shooting and are renewing their calls for action from the city.

Rogers' parents and their attorneys made the video public during a Tuesday morning news conference on Zoom - which they said they fought hard to obtain and share.

"It is hard to watch it because you start to wonder when will it end," said Roger's father, Deravis Thomas.

Rogers was shot and killed by former Atlanta Police officer James Burns the night of June 22, 2016. Burns was responding as backup to a call of a suspicious person possibly breaking into cars at an apartment complex off Monroe Drive.

That's where Burns encountered Rogers' vehicle heading in his direction. He flips on his lights and siren, but the car continues forward. Burns jumps out of his patrol car and orders the car to stop, but it keeps going.

Burns then fires a fatal shot through the front passenger window, hitting Rogers in the head.

Burns' dashcam video, which had been withheld from the public as part of the ongoing investigation, shows the aftermath.

Editor's note: Some may find the audio in the video upsetting.

Burns, who was ultimately fired from the Atlanta Police Department and charged with murder and aggravated assault and other charges, said he thought Rogers was trying to run him over. But attorneys for Rogers' family said it showed that he posed no threat.

"What happened was James Burns made assumptions as Mr. Rogers was driving away that he was involved in something that the evidence strongly suggests he wasn't," said Shean Williams, co-council for the family.

"Burns was indicted two months after the incident in 2016. He was reindicted in 2018 to fix a procedural matter," according to the Fulton County District Attorney's Office. The case though is still working its way through the court system more than four years after the shooting with a trial date yet to be set.

During the Tuesday Zoom call, Rogers parents, who sued the City of Atlanta soon after the fatal shooting, said the delays have dragged on for too long and the inaction has grown to become "disrespectful."

"Rogers parents, Melva Rogers and Deravis Thomas, are appreciative that Atlanta Mayor Keisha Lance-Bottoms and the city of Atlanta have highlighted the death of Rayshard Brooks and the tasing of two HBCU students, but they wonder why the mayor or city has done nothing regarding their son's killing at the hands of APD officer James Burns," family attorneys with the Cochran Firm noted in a statement.

They said that the city - neither under the leadership of Mayor Kasim Reed nor Mayor Keisha Lance Bottoms - has not contacted them to formally apologize for what happened. They said the city has also failed to take responsibility for the actions of the former officer.

"The city has yet to acknowledge us in any capacity," Deravis added. "No one has ever reached out to us to even apologize to us on behalf of this officer that they hired."

They're now asking to sit down with the mayor and have the lawsuit against the city - which is on hold because of the delays with the criminal case, and, now, COVID-19 - settled. They are also asking for the mayor to establish what they're calling a reconciliation commission to address past and unresolved cases of injustice involving APD officers.

Meanwhile, they're hoping that the incoming Fulton County DA, Fani Willis, will continue the work current DA Paul Howard has done on the case and help push it forward to a resolution.

"The fact that this incident occurred in 2016, before I was Mayor, yet remains unresolved four years later, only highlights the need for urgent action and reform.  My thoughts and prayers are with the family of Caine Rogers and every other family awaiting justice.”

11Alive has not heard back yet from Burns' attorney.