Atlanta Police said Camryn King, 20, and Yvonne Crawford, 22, were arrested by US Marshals in connection to the Jan. 9 shooting. 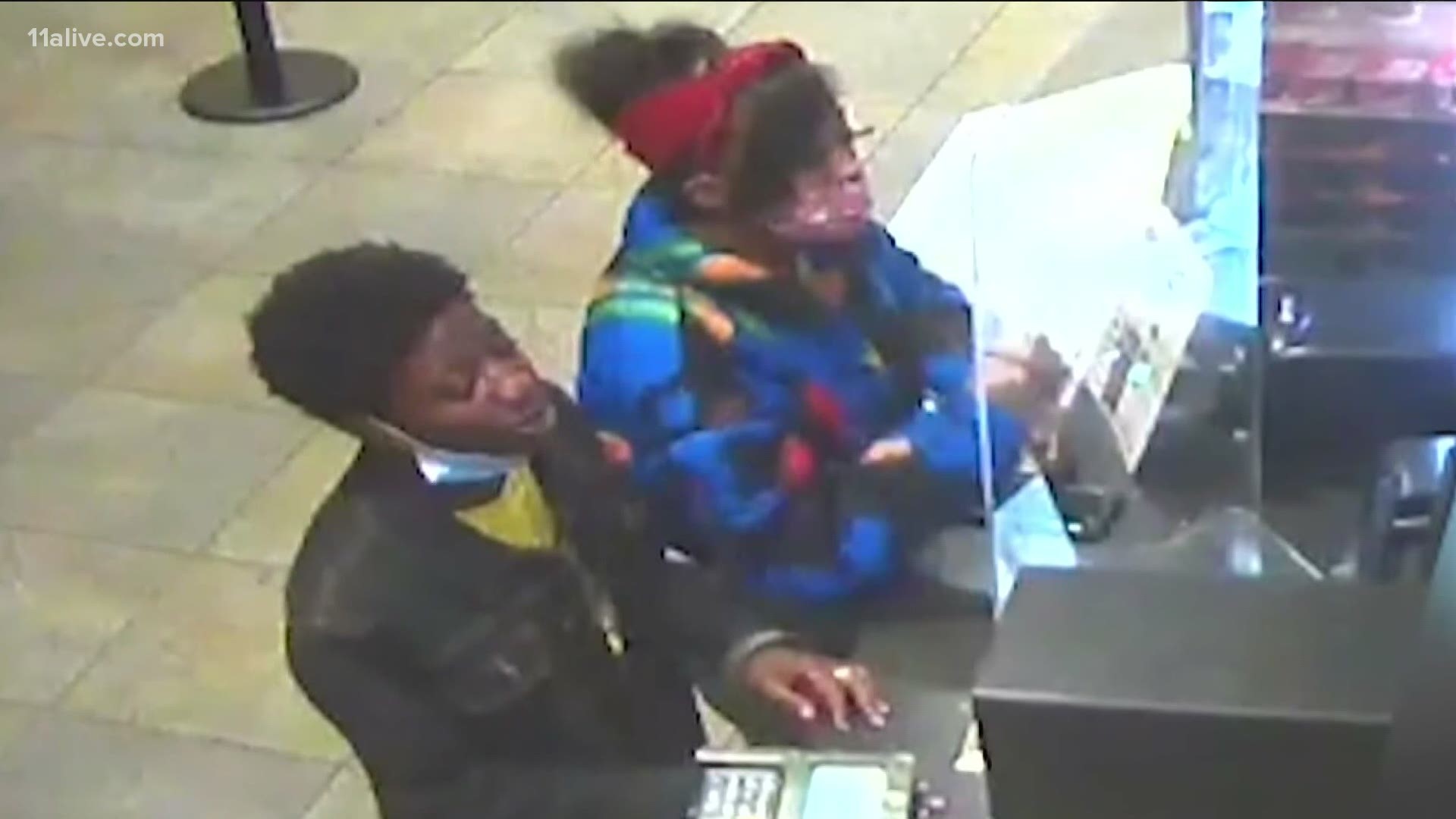 EAST POINT, Ga. — Two people have been arrested in connection to the shooting of a woman at an Atlanta movie theater last month, police said.

Atlanta Police said Camryn King, 20, and Yvonne Crawford, 22, were arrested by US Marshals in connection to the Jan. 9 shooting.

According to police, officers responded just after 9 p.m. to the Walgreens in the 3800 block of Princeton Lakes Parkway after getting reports of a person shot.

When they got there, they found the 22-year-old victim, Rickell Etheridge, who they said had been shot in the shoulder. According to their investigation, the victim and her wife had been in the nearby AMC movie theater watching a movie, and when a group behind them got "disruptive," police said Etheridge told them to be quiet. According to previous reporting, an argument began.

"Shortly after that a gunshot was heard inside the theater," police said. Moments later, Etheridge realized she had been shot, left the theater and called 911, police said.

Days later, police released surveillance images from inside the theater two people who they suspected in the shooting. The pair were later identified as King and Crawford.

Police said they secured warrants for the two and charged them with aggravated assault and possession of a firearm during the commission of a crime. Both were found in Indiana and arrested. Police said they will be extradited to Atlanta to face charges.