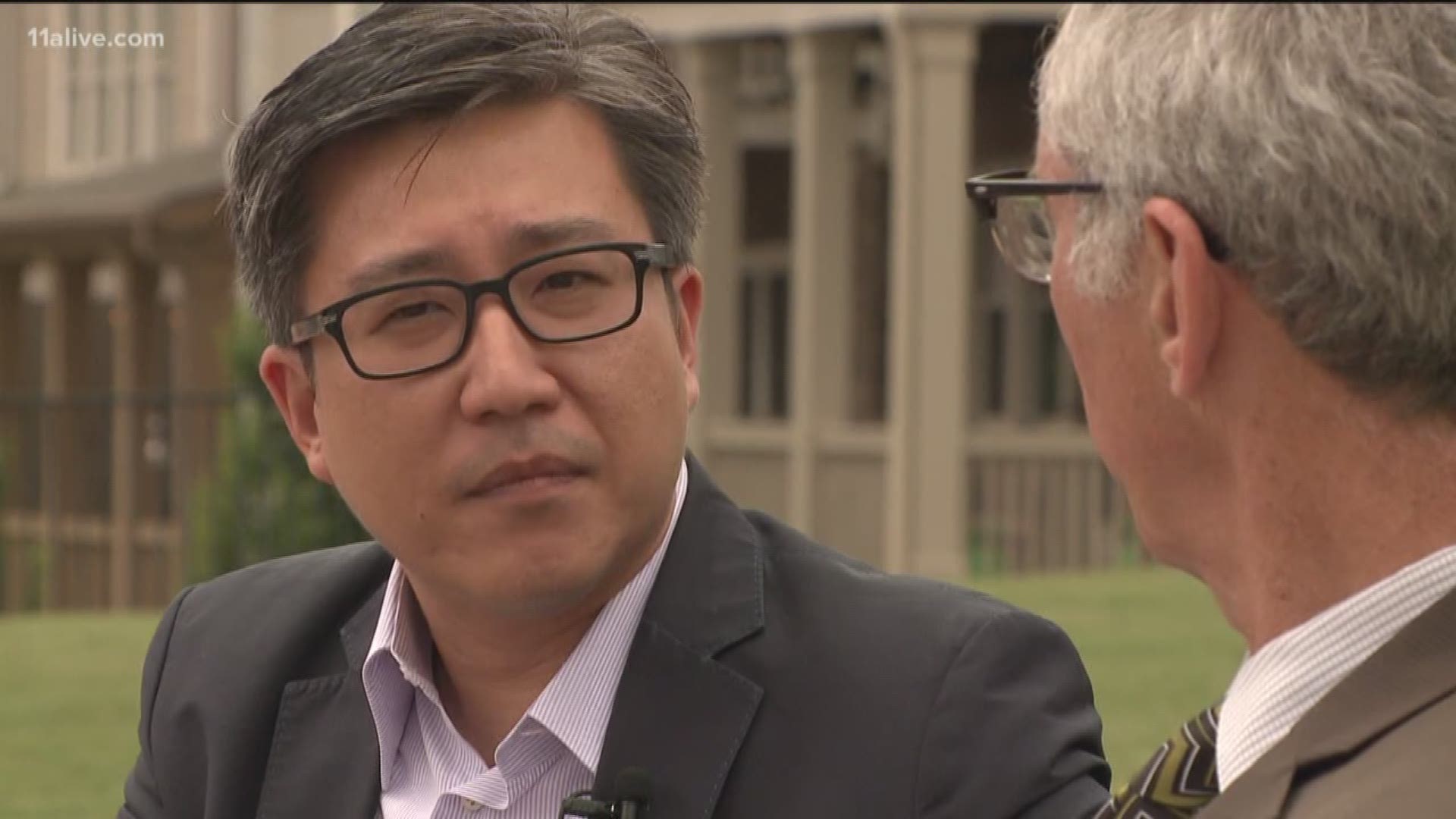 NORCROSS, GA - A candidate for Congress in Gwinnett and Forsyth Counties says the first time he ever voted was in this week’s primary.

David Kim finished a close second and now faces a runoff against the Democrat who topped the voting in the seventh congressional district.

Democrat David Kim says the 2016 election of Donald Trump delivered a political awakening – after he failed to vote in that election, or any other.

"You know, I’m very apologetic about not having been part of the fight in 2016," Kim said.

The son of Korean immigrants, Kim says voting in American elections was not part of his family's culture.

Kim has pivoted sharply since then by registering to vote and by qualifying to run for Congress.

Kim finished a close second in a field of six candidates in Tuesday’s Democratic primary.

"I’ve been involved in civic life for a long, long time here," Bourdeaux said. "And it does raise some questions. If you have never voted before, and the first time you voted is voted for yourself?"

Bourdeaux and Kim seek votes in a district rooted in Gwinnett and Forsyth Counties that have been held by Republicans for 24 years. In 2016, Republican Donald Trump won the 7th with only 51 percent of the vote. And now non-white residents outnumber white residents in the 7th.

Both candidates agree the presidency of Republican Donald Trump will frame much of the debate.

"I think it’s clear that the president has put out a message that divides people," Kim said.

Both candidates say issues like education and transportation are also central to 7th district voters.

With Republican Rob Woodall seeking his fifth term in November, Kim and Bourdeaux are counting on a political shift as well.

(This corrects an earlier version that mistakenly said Kim finished first in the primary voting. Bourdeaux finished 433 votes ahead of Kim, out of 31,625 cast in the Democratic primary.)