Car 'could be key' in finding out who killed elderly couple in Winder home, police say 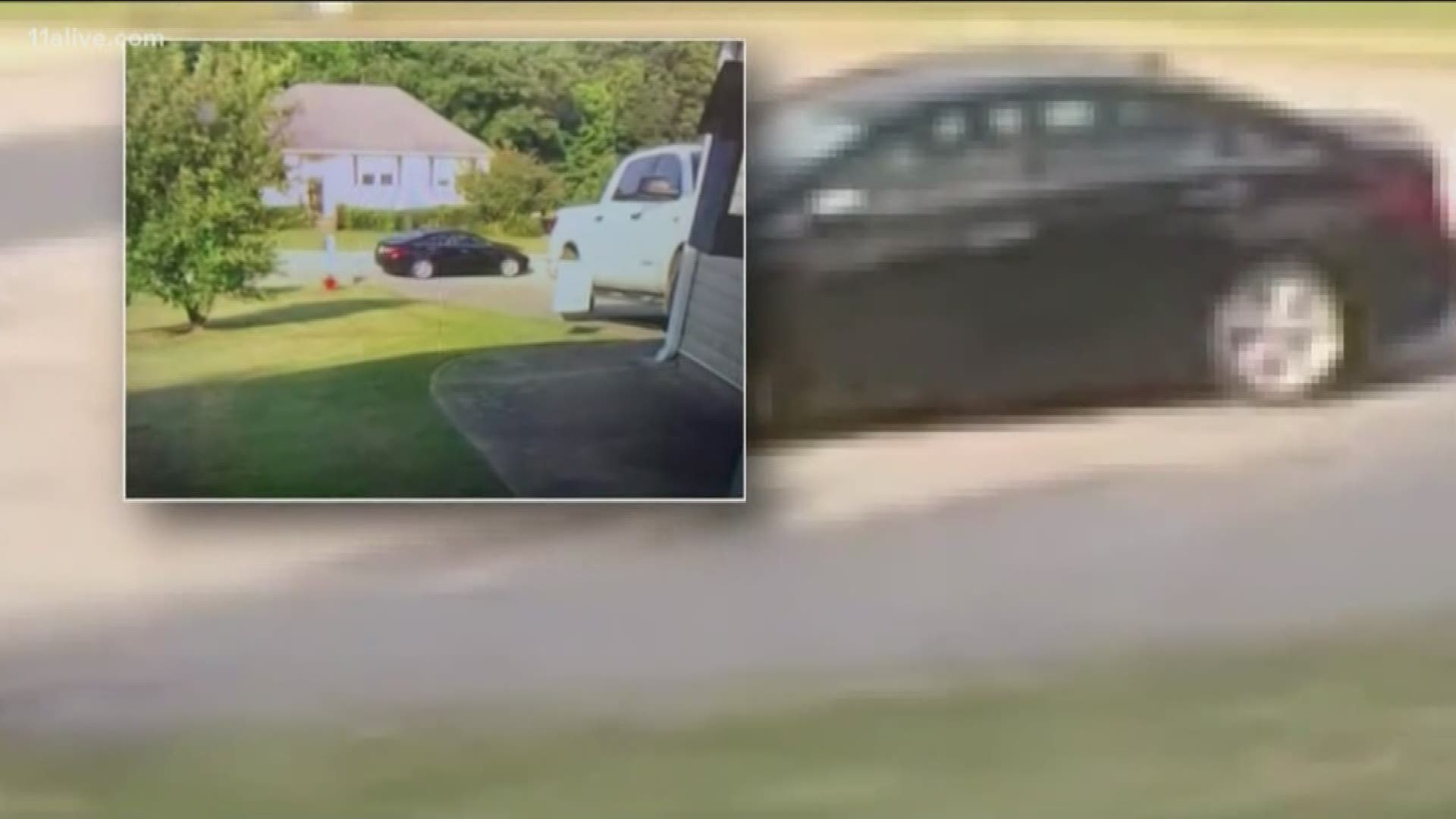 WINDER, Ga. — Investigators released photos of a vehicle of interest Tuesday in connection with the deaths of an elderly couple found Monday morning inside their Winder home.

According to the Barrow County Sheriff's Office, 70-year-old Willard Ron Hess and 72-year-old Dorothy E. Hess were found by their teen grandson inside their home in the 400 block of Southridge Road.

"The grandson lives across the street with his mom, dad and two other siblings. He went to the home ... just to check on his grandparents ... and he immediately realized something was not right and called 911," said Barrow County Sheriff Jud Smith.

On Monday, crime scene tape was seen stretched across two scenes - the Hess home and their extended family's home across the street.

"The grandson is not a suspect at this time," Smith said. "We don't believe he had anything to do with it, at this time. We are really focusing on the car and who it may belong to."

Smith said that the car, a dark four-door sedan, was spotted heading in and out of the neighborhood multiple times on security camera footage from neighboring homes.

"We are hoping someone in that neighborhood recognizes that car," Smith said. "The pictures we have ... we cannot tell if the driver is a male, female, black or white ... anything. But that neighborhood has one way in, one way out. And neighbors say that is not a normal car in the area."

Dorothy Hess was seen by a neighbor cutting her grass on Thursday, and that's the last time she is believed to have been seen alive, Smith said.

Neighbors said the couple was well-known in the neighborhood.

There was no sign of forced entry or evidence of an obvious home invasion.

"Based on the evidence we know right now, (the Hess couple) died at the hands of another," Smith said. "We believe someone entered the home, we do not know if by force or not. We do have this vehicle of interest ... it came back and forth a couple of times the past weekend."

Smith said Dorothy Hess did not work and stayed home to take care of the family. Willard Hess had either just retired or was planning to. Smith said he didn't know much about the Hess family, only that Willard was not from Georgia.

"We are still trying to piece together their life and what they did. We've never been called out to that home ... there are no prior issues with that family," Smith said. "By all accounts, the home was very well taken care of."

Spurlock said the couple was excited about what they were going to do in their retirement.

"(Willard) actually helped one of the neighbors here get a job," Spurlock said. "If he knew somebody needed help, he didn't hesitate to help them ... very scary to know that something like this could happen, not just to anybody but to two very sweet, caring people."

One neighbor who asked not to be identified said that she considered Willard and Dorothy Hess to be great friends.

"When I heard about the deaths, I cried. I cried like they were my own flesh and blood. I cried," she said. "When we moved in, they come over here, introduce themselves, take us to lunch ... they good people ... they were my friends. I'm very sad about it."

"Hopefully, this doorbell camera (video of the car) will give us the break we need," Smith said. "We pray for the family, who lives so close to them. It was a tough scene for our deputies to process. I'm confident we will find out who did this."

Anyone with information about the case is asked to contact the Barrow Co. Sheriff's Office at 770-307-3080.