Car crashes into side of Sugarloaf Mills Mall

A red sedan went halfway into the wall near the Books-A-Million. No one was hurt. 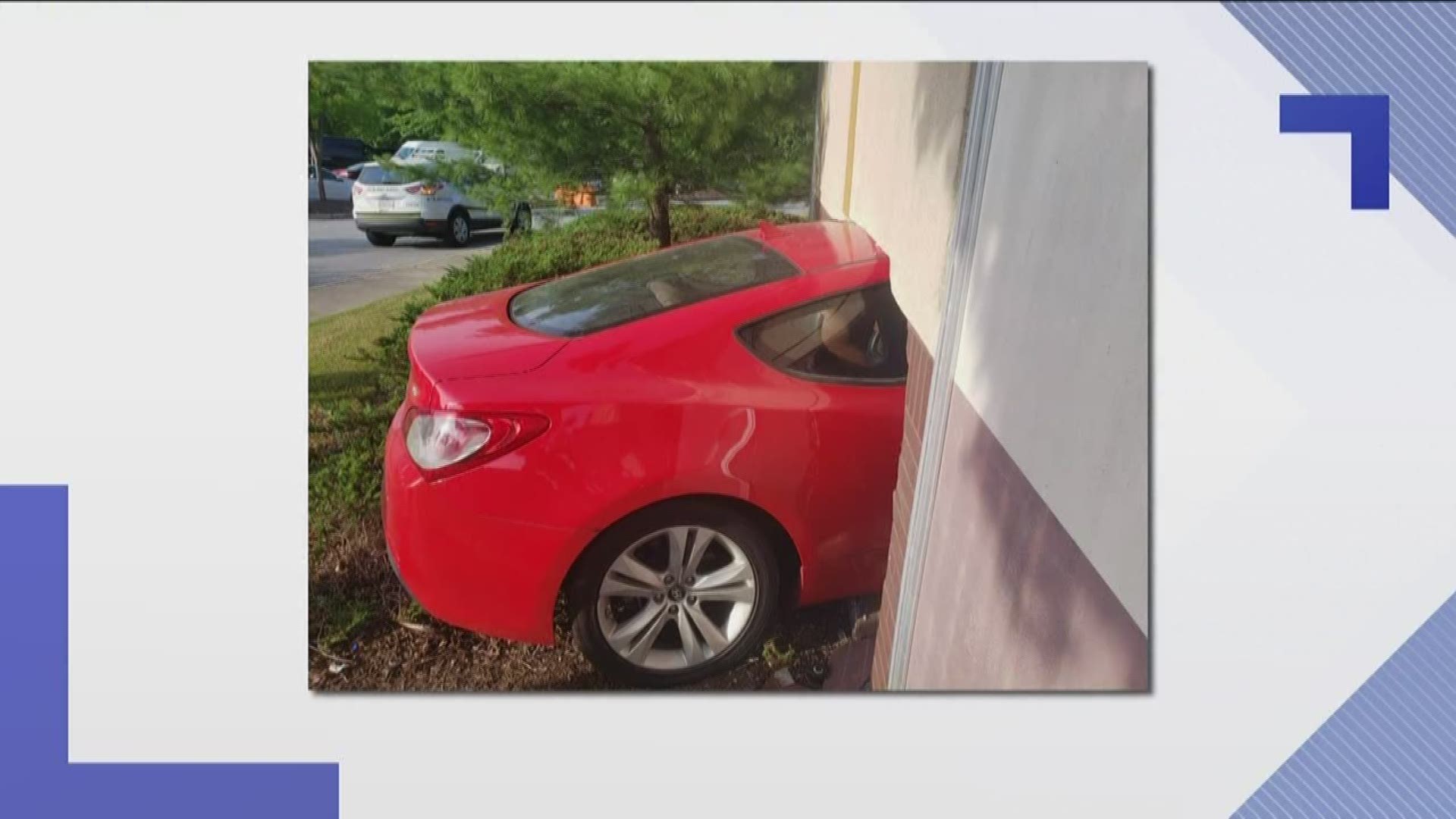 GWINNETT, Ga. — A driver is safe after accidentally driving into a wall of a bookstore at the Sugarloaf Mills Mall.

It happened Sunday evening around 6:45 p.m., according to the Gwinnett County Fire Department. Officials say crews responded to the shopping center off Sugarloaf Parkway NW in Lawrenceville at that time.

When they got there, they found a red sedan halfway into the wall near the Books-A-Million.

Officials said it appears that the car jumped the curb and went through a veneer wall adjacent to a service door and storage area at the corner of the building. The driver was not hurt and was talking with police at the scene. No one else inside the building was hurt, either.

Crews said the crash did not hit loadbearing walls, so there are no issues with the structural integrity of the building. Crews pulled the car from out of the wall around 7:30 p.m. and turned the scene over to Gwinnett County Police.