The incident happened near Highway 113 and Spinks Road in Carroll County. 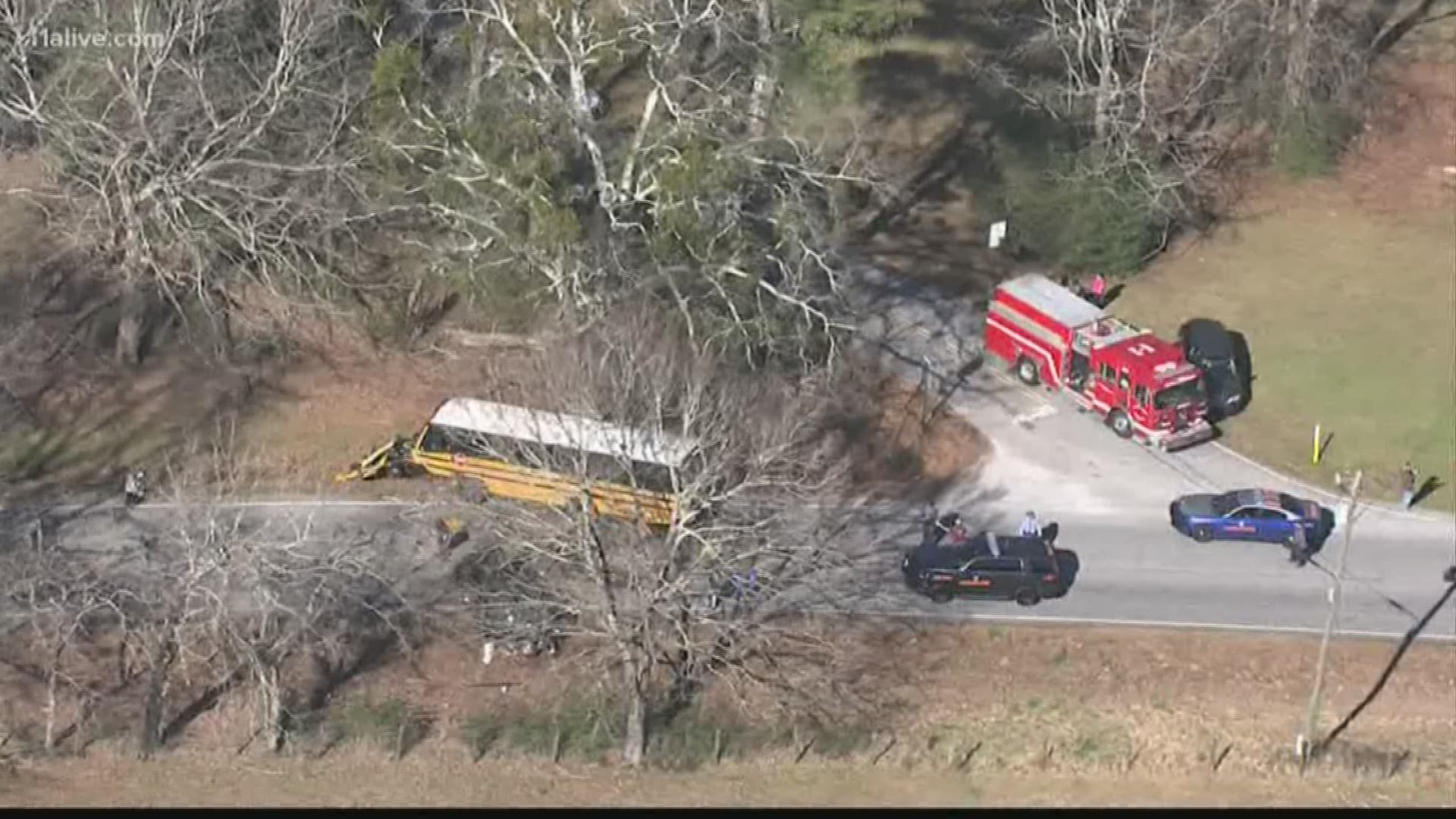 CARROLLTON, Ga. — A Carroll County school bus was involved in a head-on wreck Wednesday morning, killing the driver of an SUV, the Georgia State Patrol confirmed.

The Georgia State Patrol says the driver of a Ford Explorer, identified as Sherry Penn, 53, of Temple, was traveling northbound on Hwy. 113 and crossed the center line while negotiating a curve, striking the bus head on.

Authorities said there was one child on the bus. The bus driver and that child were checked at the scene and refused treatment. They said the child’s parent had been notified.

'America will not be bullied' | Georgia leaders react after Iraq bases that house U.S. troops hit by missiles