They expect to move him into the hospital's Brain Injury Rehabilitation Program, where he will begin therapy with a team of specialists. 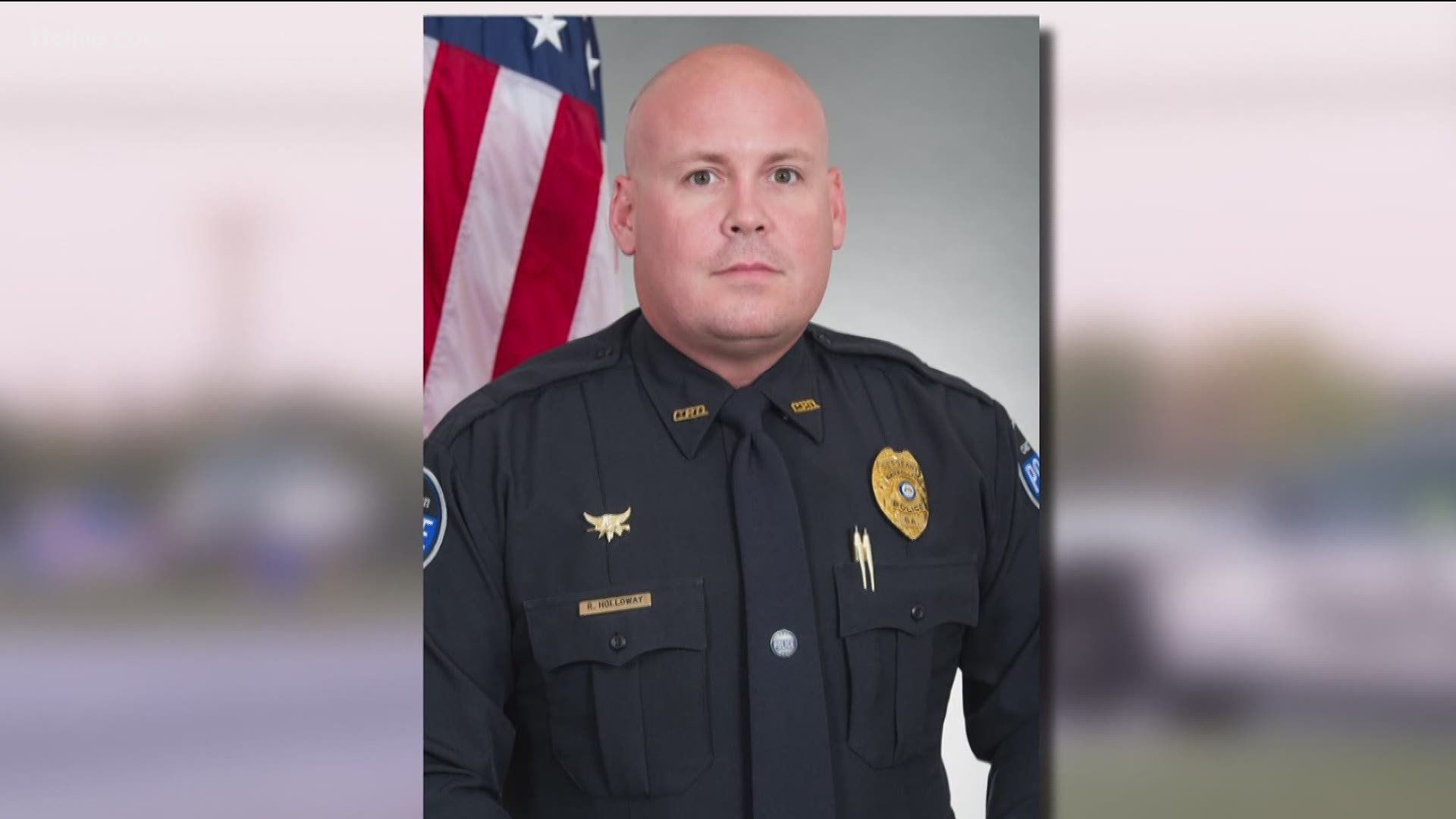 ATLANTA — The Carrollton police sergeant shot during a Carroll County chase two weeks ago has been transferred from Grady Memorial Hospital to the Shepherd Center in Atlanta for brain injury rehabilitation.

Sgt. Rob Holloway was one of three officers injured on April 12. The Shepherd Center said in a news release that Holloway was admitted to their intensive care unit on Monday, April 26, for evaluation.

The Carrollton Police Department said Holloway was escorted by a group of officers. Atlanta Police Department's Motor Unit led the way and blocked intersections as they headed to the Shepherd Center.

Holloway is expected to move into the hospital's Brain Injury Rehabilitation Program, where he will begin therapy with a team of specialists.

"Sgt. Holloway’s family said they are grateful for the excellent care he received while at Grady Memorial Hospital, which referred the injured officer to Shepherd Center for rehabilitation," the news release said.

During the early morning hours on April 12, authorities said a state trooper attempted a traffic stop when he spotted a car going 111 mph on Interstate 20. After the car was stopped, it sped off and a chase began with the trooper. After a PIT maneuver, the driver regained control of the car and the passenger leaned out of the window and began firing shots at the trooper using an AK47. His patrol car became disabled.

That's when Holloway made contact with the vehicle and continued the chase. The passenger fired rounds into the vehicle, striking Holloway in the head. His police vehicle then crashed into a utility pole. He was airlifted to Grady Hospital.

Villa Rica was the next jurisdiction involved. When the suspects crashed, they ran before opening fire at Officer Chase Gordy. Authorities said Gordy returned fire, but was struck twice.

Carroll County Deputy Jay Repetto was also struck by gunfire when he approached the suspects.

An online fundraiser has been created for Holloway.

Shepherd Center is known for research and rehabilitation for people with spinal cord injury or brain injury.