Watters confirmed he did share the posts on his private Facebook page. However, he calls it unfair and said the posts are taken out of context. 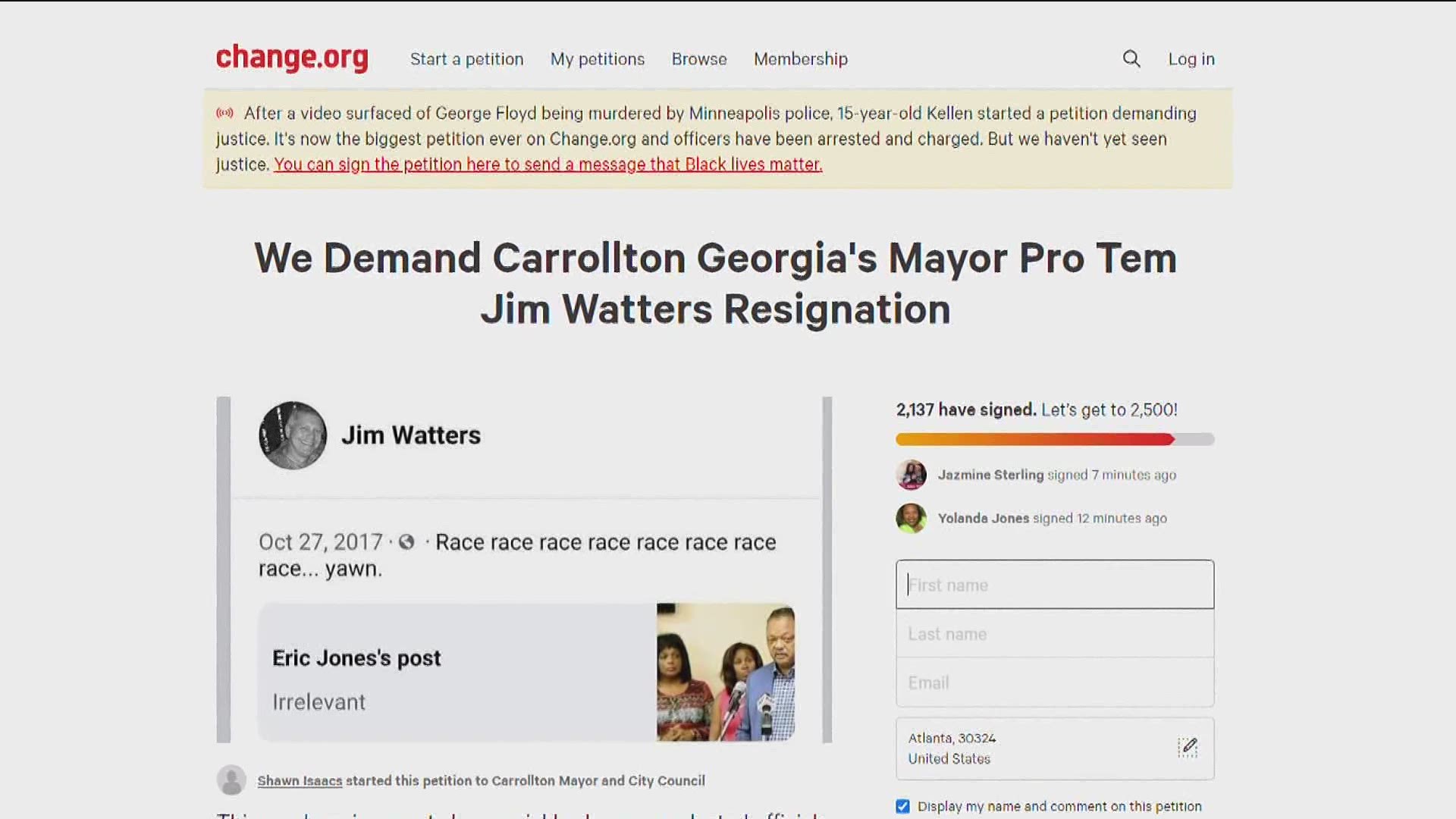 CARROLLTON, Ga. — The Carrollton City Council got an earful Monday night as people raised concerns about strained race relations in their city and the country. But sitting in the hot seat is Councilman and Mayor Pro Tem Jim Watters.

Some residents created an online petition calling for his immediate resignation after numerous Facebook posts shared by Watters were discovered on his personal page. His critics claim many of the posts are racist, homophobic and attacks Muslims.

During Monday's meeting, a resident asked Watters his thoughts on the Black Lives Matter Movement.

"So you're saying you will support Black Lives Matter initiatives," the resident asked.

"All lives matter," he said.

"All lives matter," he replied.

As for the social media posts, a viewer sent 11Alive screenshots of some them. They ranged from topics about elections, coronavirus, race, and more. One of the posts is also displayed in the Change.org petition.

Watters confirmed he did share the posts on his private Facebook page. However, he calls it unfair and said the posts are taken out of context of the full articles.

He sent 11Alive the following statement:

I apologize to anyone who was offended by my use of the phrase all lives matter.  The horrific murder of George Floyd has sickened and angered me as it has everyone I know.  I understand the outrage and firmly denounce the sin of racism.  Black lives absolutely matter and I am sorry for any hurt I have caused.  As a Christian conservative, I pray that God will bring love and unity among all races and heal our land.

At last check, the online petition demanding his resignation has grown close to 2,500.

Walmart, Walgreens, CVS to stop locking up beauty products for women of color