A man who allegedly robbed a Cascade Road Family Dollar was shot twice by a store employee. 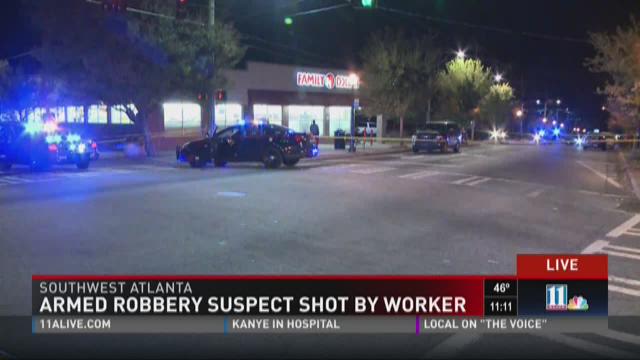 Atlanta Police say the man walked into the store around 9:55 p.m., pulled a gun and demanded the contents of the store’s cash register.

As the robber was leaving the store with the cash register itself, an Atlanta Police spokesman said one of the store’s employees pulled a personal handgun and shot the suspect in the hand and thigh. Police then arrived on the scene and took the suspect into custody without any incident.

Police credited their aggressive patrols throughout the city in being able to arrive at the store soon enough to arrest the suspect.