The Atlanta Civil Service Board ruled Wednesday that Garrett Rolfe should be reinstated with the Atlanta Police Department while awaiting his trial. 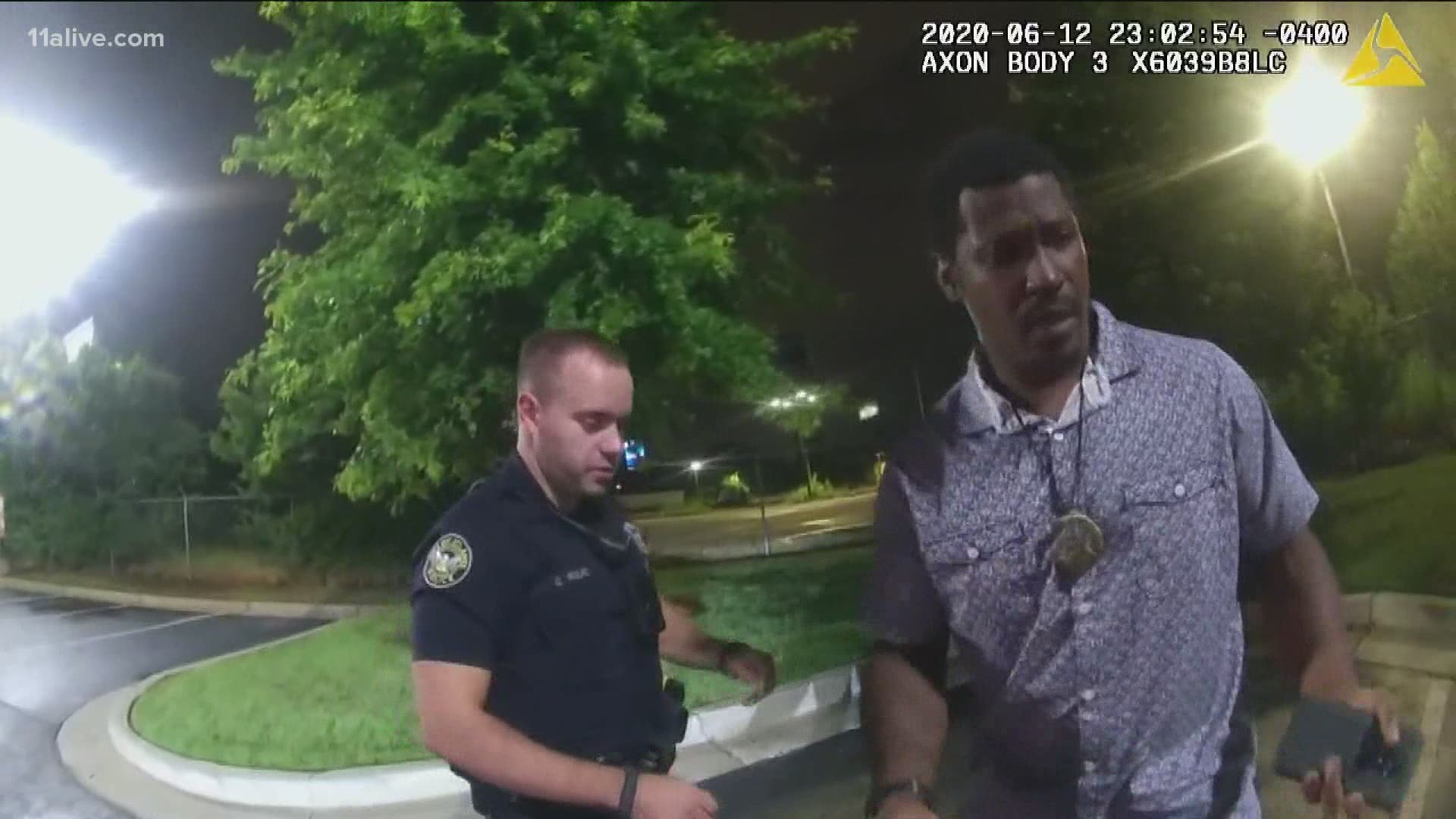 ATLANTA — There are accusations from all sides in the Rayshard Brooks homicide case about rushing to judgment.

On Wednesday, the Atlanta Civil Service Board ruled that last June, then-Atlanta police officer Garrett Rolfe should not have been fired from his job so quickly by Atlanta’s mayor.

The Board ruled that, right after Rolfe shot and killed Rayshard Brooks during an arrest, Mayor Keisha Lance Bottoms fired Rolfe improperly, without giving Rolfe due process under the law.

Rolfe’s attorney, Lance LoRusso, told 11Alive Wednesday that he expects Rolfe will now get back pay and a desk job while preparing for his criminal trial for murder.

11Alive Legal Analyst Page Pate said that the law actually provides the city a way to fire an officer immediately if that officer is suspected of violating any statutes.

“You could have the officer removed from the force, but still provide him with due process, and they didn’t do it" in Rolfe's case, Pate said.

And the attorneys for the family of Rayshard Brooks said Wednesday that the mayor’s decision to fire Rolfe the way she did ended up hindering the prosecution of Rolfe.

“It appears maybe that was done (firing Rolfe right away) just to pacify all of the people that were upset. But temporary justice is not real justice,” said Chris Stewart. “Right now, Officer Rolfe has received more justice than the family of Rayshard Brooks.”

Bottoms wrote in an email to the news media that, because of the demonstrations at the time, she made the right call, in order to try to keep the peace.

“Given the volatile state of our city and nation last summer, the decision to terminate this officer, after he fatally shot Mr. Brooks in the back, was the right thing to do. Had immediate action not been taken, I firmly believe that the public safety crisis we experienced during that time would have been significantly worse."

But when will the case get to trial?

Fulton County Superior Court Chief Judge Christopher Brasher is deciding whether to grant a request from District Attorney Fani Willis to allow her to withdraw from the case, and have an outside prosecutor take it.

Willis said her predecessor, Paul Howard, rushed to judgment last summer when Howard had the two officers charged and arrested prior to the GBI completing its independent investigation of the homicide, and that Howard did it to try to score political points for his re-election campaign, which he ended up losing to Willis.

Howard has denied that.

But Pate said there is a chance the officers’ attorneys will, in effect, be able to get the charges reduced or the case thrown out, no matter who the prosecutor ends up being.

“Many people thought there was a rush to judgment (by Howard), that the case was not fully investigated by the GBI, that, for political reasons, D.A. Howard made the decision to charge the case, have a big press conference, and not do the work of due diligence or analysis that you would want a district attorney to do before you bring a major case like that in court.”

And either Willis or an outside prosecutor, Pate said, will have some tough decisions to make about how, or if, to continue the prosecution of the two officers that Howard initiated last summer.

“There’s nothing to prevent the D.A. from taking his or her foot off the pedal, so to speak, and taking a step back and saying, ‘Let’s look at this case again, let’s be careful and methodical, and then let’s decide on our own if there’s a sufficient basis to indict the case.’”

And, Pate said, the officers’ attorneys will likely argue that Howard tainted the case beyond repair.

“There’s certainly the possibility that the case could never make it to trial, and not because (Rolfe) pleads guilty” unexpectedly, Pate said, “but because the case ends up being dismissed or abandoned.”

Judge Brasher is deliberating now whether to grant the D.A.’s motion to recuse herself from the case and possibly move it to an outside prosecutor.