Students say units are filled with mold at Catalyst Apartments in Midtown. 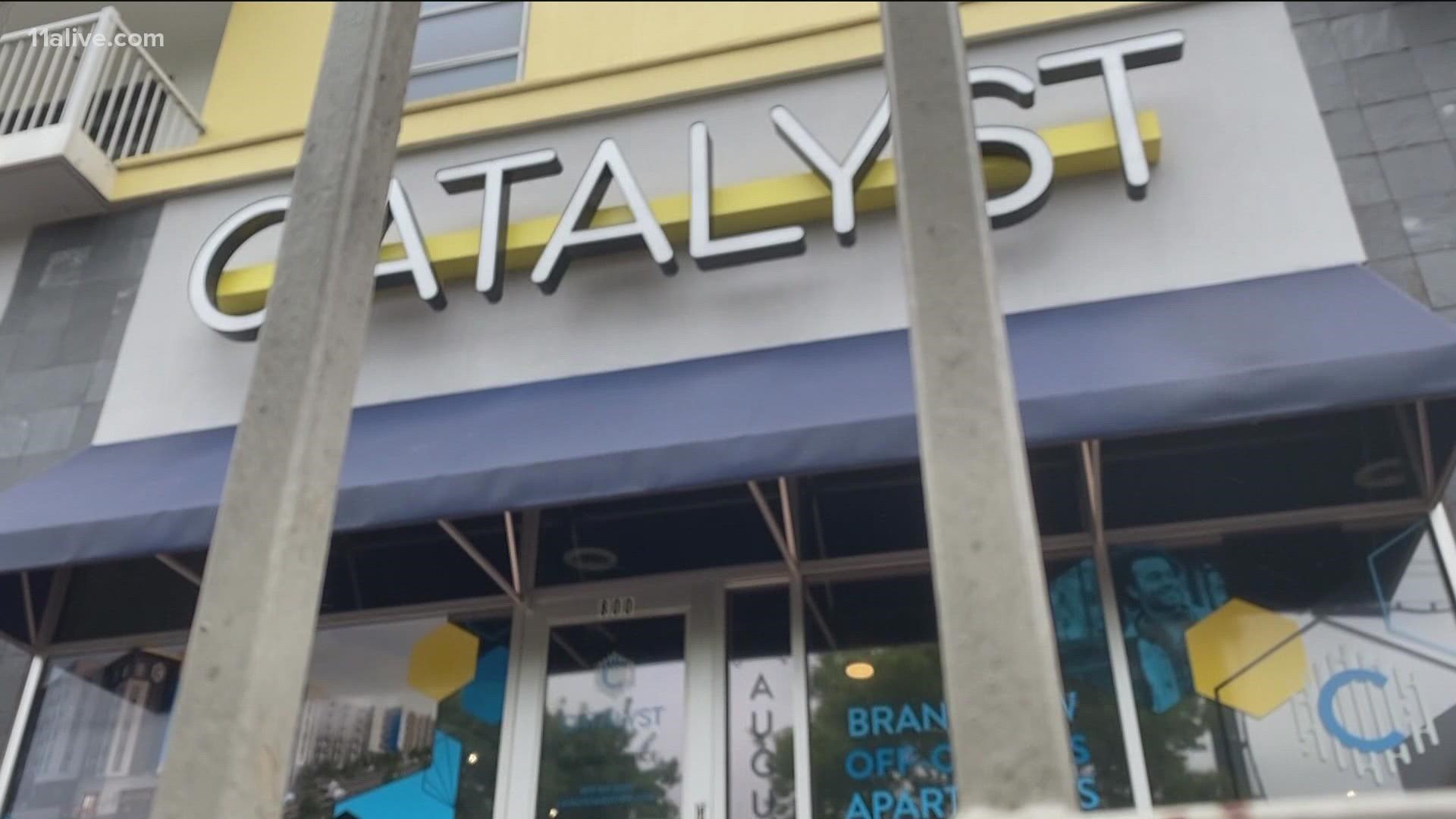 ATLANTA — Hundreds of students still have not been able to move their things into the Catalyst Apartment Complex in Midtown. For the students that have been allowed to move in, they say the conditions are unlivable.

From leaks, bad plumbing, to now mold; the problems at Catalyst continue to mount according to students.

Georgia State student Sydney Madden is one of many who hasn't been allowed to move into her unit yet. She said she was supposed to move into the complex in August, but was told that the city had not issued a certificate of occupancy for her building yet. A portion of the complex was given the go-ahead by the city to allow tenants.

"We were expecting a lot more from them… and now we have to worry about all of these issues," she said.

The student said that apartment management is making her pay her lease even though she can't move in with promises to apply that money to future rent payments. Management is also paying for her to stay in a hotel until she is able to move into her apartment. However, she said she and several others just want out of their lease or their money back.

In an email sent to residents by management on Friday, residents that have units on three floors of another building will be permitted to move in on Monday.

Madden said she'll believe it when she sees it.

“We never know what’s going to happen because Catalyst has changed the move in date so many times," she said.

11 Alive has reached out to apartment management, and are still are waiting to hear back.