Cheshire Bridge Road could be closed for a year, officials say, after fire

The bridge will have to be demolished first. 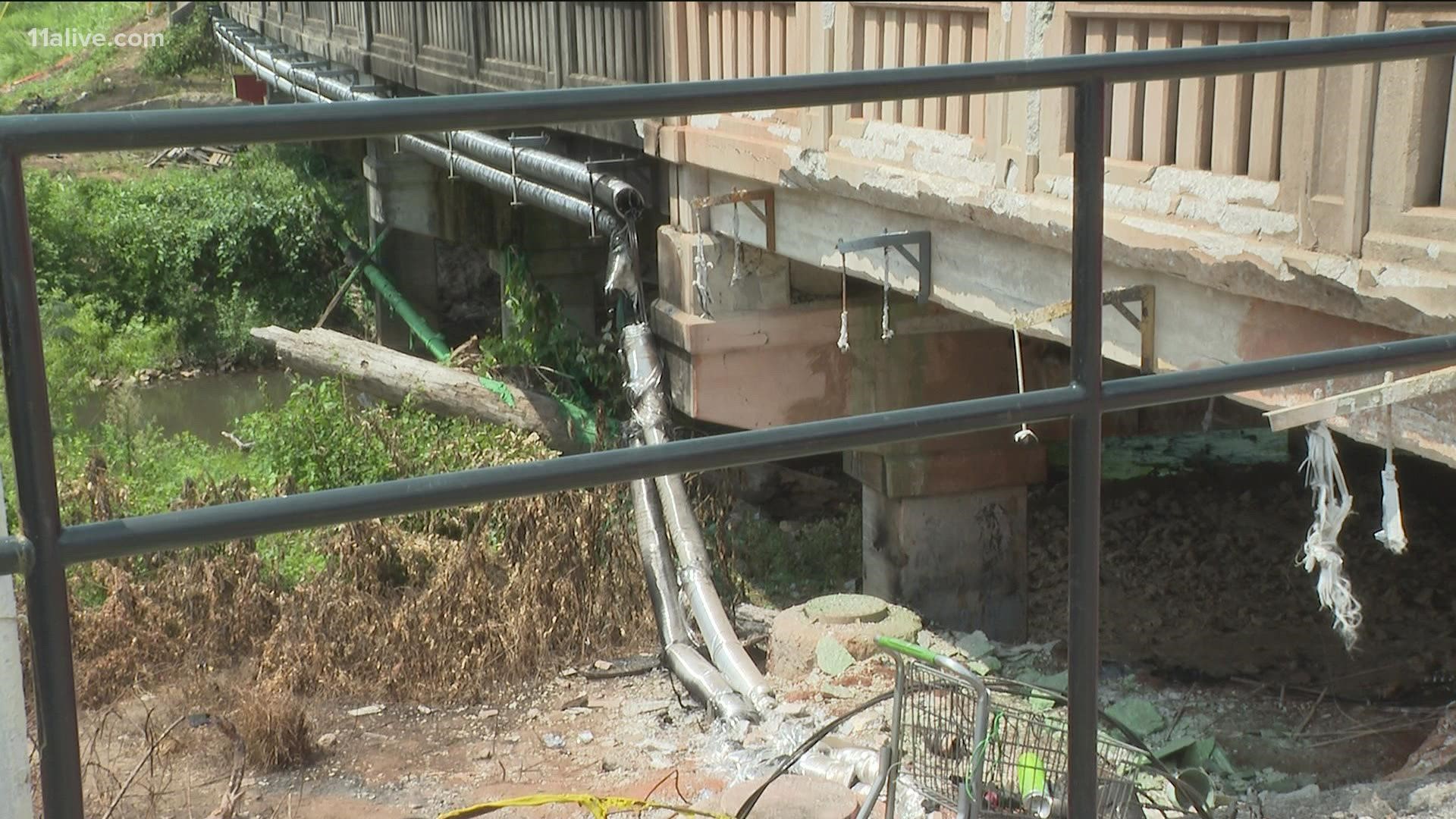 ATLANTA — Commuters got bad news Wednesday as Atlanta officials announced it could be at least a year before a portion of Cheshire Bridge Road reopens.

While the exact cause of the Aug. 4 fire under Peachtree Creek Bridge is still under investigation, the resolution will be a long time coming, they said during an Atlanta Transportation Committee Meeting.

The road is closed from Woodland Avenue to Faulkner Road.

The city engineer told the committee that there is no timeline yet to demolish the bridge, but repairs will take at least a year.

The city put out calls for bids for companies to demolish the bridge. Those are due by noon Thursday.

After the bridge is demolished, they will have to start from scratch to rebuild the bridge, they said during the meeting.

Rowan told the committee that the Peachtree Creek Bridge was built in the 1930's, so they will not be able to save any part of it.

When councilmember Matt Westmoreland asked how the repairs to the Interstate 85 bridge collapse were completed so much faster, he told them, "It’s really a case of apples and oranges. While work on 85 was great, this project will be a total loss. It will be a total rebuild. The bridge was built in the 1930’s. We can’t just rebuild the deck. We have to tear it down to the ground and then start from scratch."

Business owners in the area say they're frustrated by the lack of communication from the city and how long the repairs will take. They say it will damage their business.