Video posted on Twitter showed the chief surrounding by protesters listening and having a conversation with them. 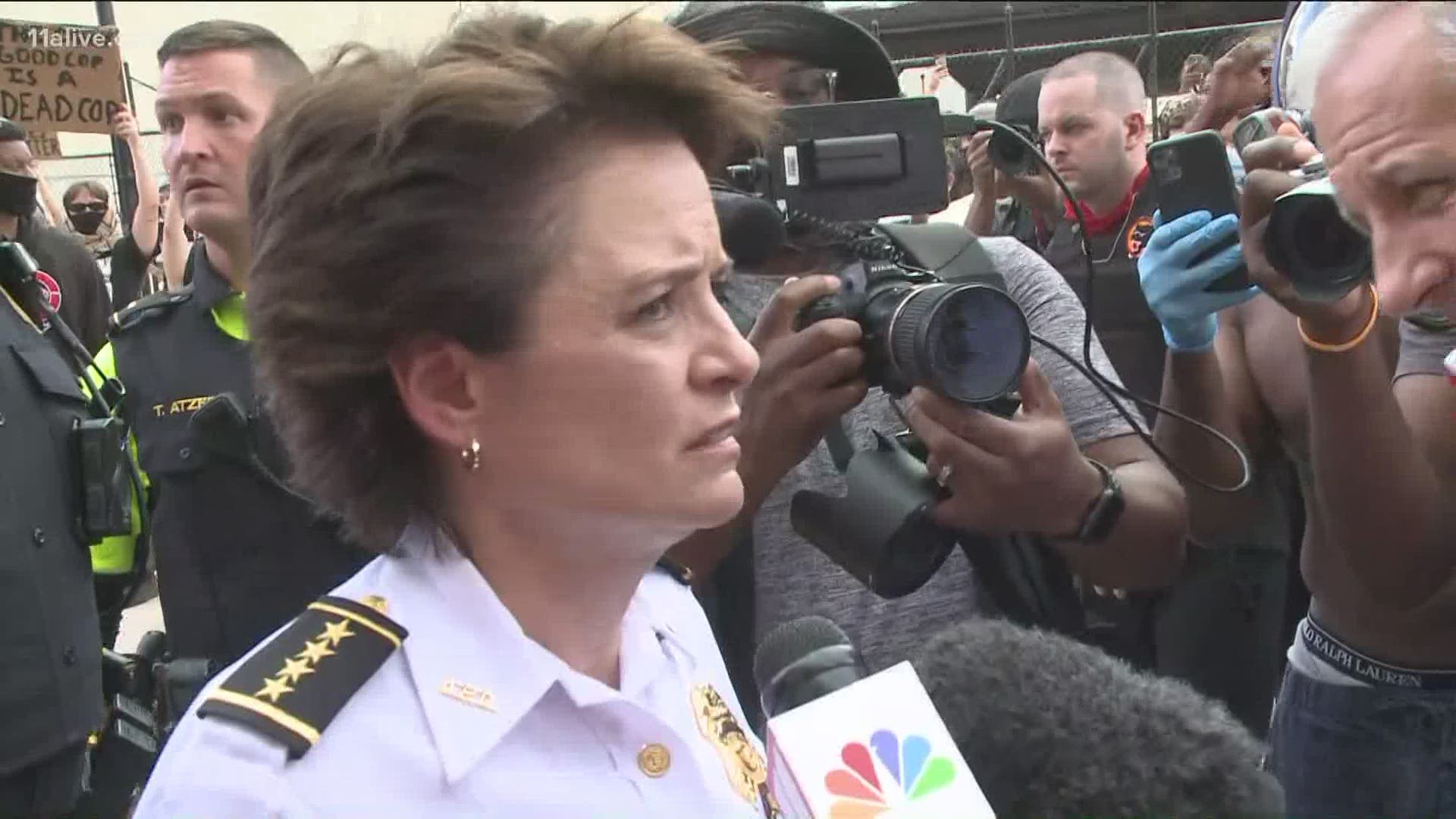 ATLANTA — It's a sight that's not usually seen during major protests - a police chief engaging with the crowd and listening to their grievances.

Video posted on Twitter showed the chief surrounding by protesters listening and having a conversation with them.

"Had they not been cops, they would have been arrested," Shields said to agreement from the group.

"We're not getting justice for those people who are getting hurt," said one of the demonstrators.

"For what it's worth, we agree with you," the officer agreed.

"Thank you for coming," the demonstrator told the chief. "We're outraged. We're trying to be calm about it, but it's- "

"You're pissed off, you're afraid and nothing changes," Shields said. "I'm with you. I'm with you."

A few moments later, another woman describes the heartbreak she's experienced in the last few days, Shields comforts her, putting her hands on her shoulders. While the audio is not clear, what is clear, is that the chief is trying to understand.

Shields later told media that she understood the protesters' feelings, adding that she did not want the march to lead to an "arrest fest."

"People are upset, they're angry, they're scared. I get it," she said. "They want to be heard."

"My takeaway is, there isn't really traffic. The city's largely closed, so if people want to stand in the streets ... alright," she said shrugging.