Christopher Stanton Georgia died by suicide at his home on Saturday, according to the medical examiner. 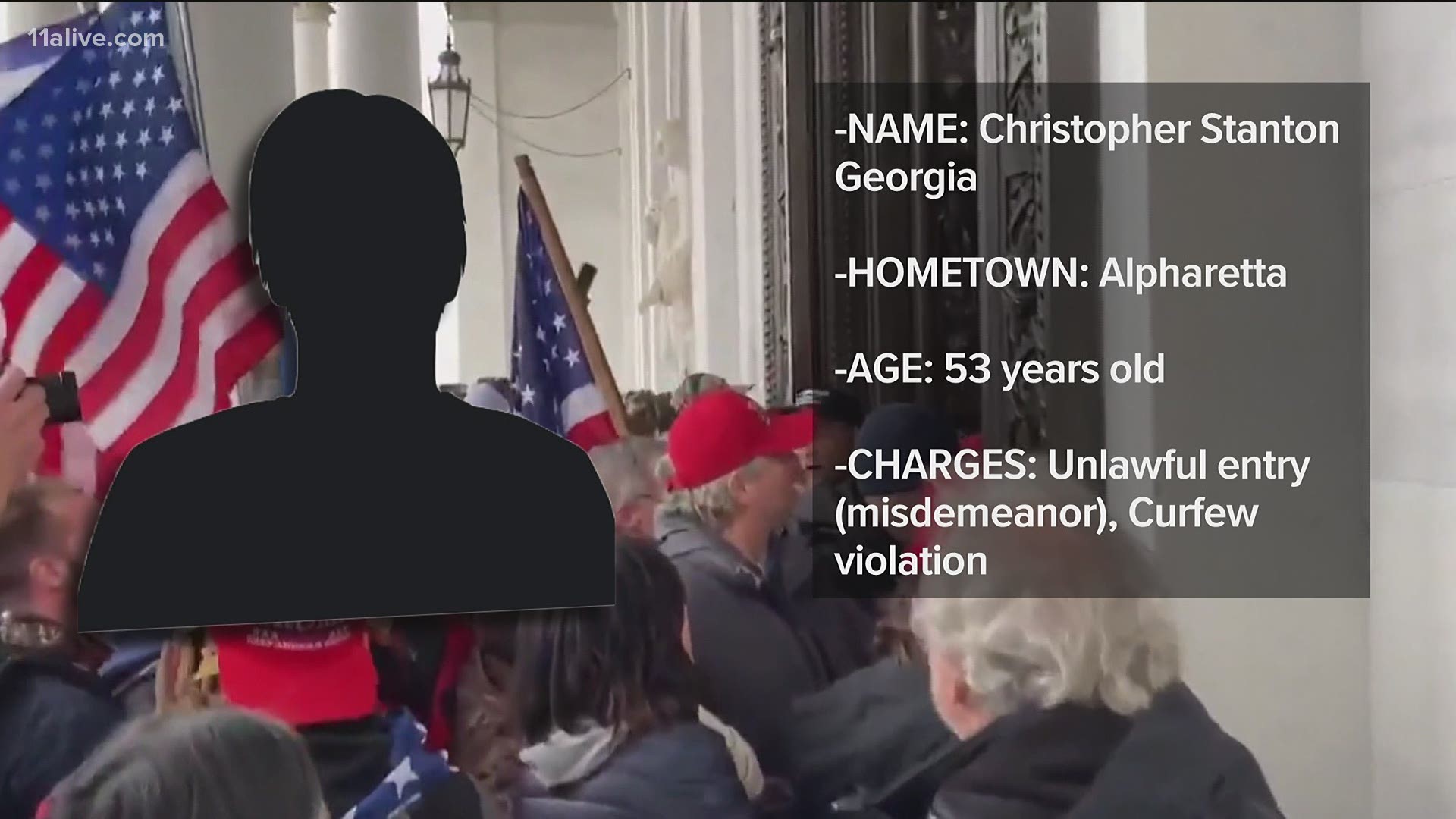 ALPHARETTA, Ga. — Four men with Georgia ties have been arrested for making threats or taking part in last week's riot at the US Capitol.

11Alive has learned that one of them, Christopher Stanton Georgia, has since died. The Fulton County Medical Examiner said on Tuesday his cause of death is suicide. They said he had a gunshot wound to the chest.

Documents show that around 7:15 p.m. on the night of the riots, Georgia along with several others were outside in violation of a District-wide 6 p.m. curfew. When officers gave several warnings for the group to disperse, documents said they did not. Georgia and the group were placed under arrest as a result.

An Alpharetta Police report shows Georgia died at his home on Saturday.

The report shows officers removed two rifles from his home and listed his death as "under investigation."

Others from Georgia arrested so far following the riots are Cleveland Meredith, Grant McHoyt Moore, of Buford, and Eric Munchel, a Dunwoody native known on social media as "zip tie guy."

1 / 11
FBI
Anyone with information regarding these individuals, or anyone who witnessed any unlawful violent actions at the Capitol or near the area, is asked to contact the FBI's Toll-Free Tipline at 1-800-CALL-FBI (1-800-225-5324) to verbally report tips