Citing overreach, critics say distracted driving bill does too much 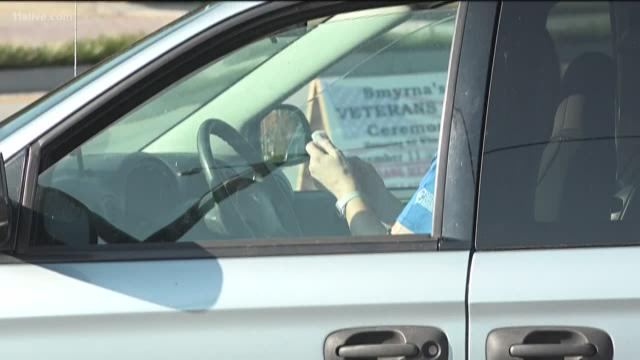 ATLANTA -- It's quiet but there’s growing opposition to a distracted driving bill that’s advancing through the state legislature. The bill would create stiff penalties for much of the cell phone use Georgians now take for granted.

The stories of bereaved parents of children killed by distracted drivers has fueled the debate over the bill, which would impose strong penalties on distracted driving.

It’s a measure that would outlaw cell phone use that’s become ingrained in motorist behavior – as anybody eyeballing passing traffic can observe.

"If you're simply holding it – why make it against the law?" asks Rep. Ed Setzler (R-Acworth), who thinks the bill does too much to attack the problem of texting and driving. The bill would allow no cell phone use by hand – with stiff fines and points penalties with repeat offenses. It allows one swipe or touch of a mounted cell phone to take or make a phone call.

"I have no problem with more severe penalties for texting while driving. The problem I have is I have a real issue with making people lawbreakers who are safely driving down a stand of road and simply talking on their telephone," Setzler said. He said the criticism echoes that he's heard from constituents.

Georgia enacted a law nine years ago that bans texting and driving. But critics say that law is unenforceable because police observing from a patrol car frequently can’t distinguish whether a driver is using a phone for a call or to send or receive texts.

Backers of the bill say outlawing nearly all behind-the-wheel handling of a cell phone is the only way to stop texting and driving.

"And people are dying. It’s as simple as that," Georgia State Patrol commander Col. Mark McDonough told the same committee.

"It’s overreach," Setzler counters. "And I reject the premise we can’t address this issue without also making it illegal to talk on your phone and having a phone in your ear."

Setzler suggests focusing a new law on texting only. Yet 15 other states have passed distracted driving laws similar to the one Setzler says Georgia should reject.