FIFA is expected to finalize its selection of host cities among the United States, Canada and Mexico by early 2022 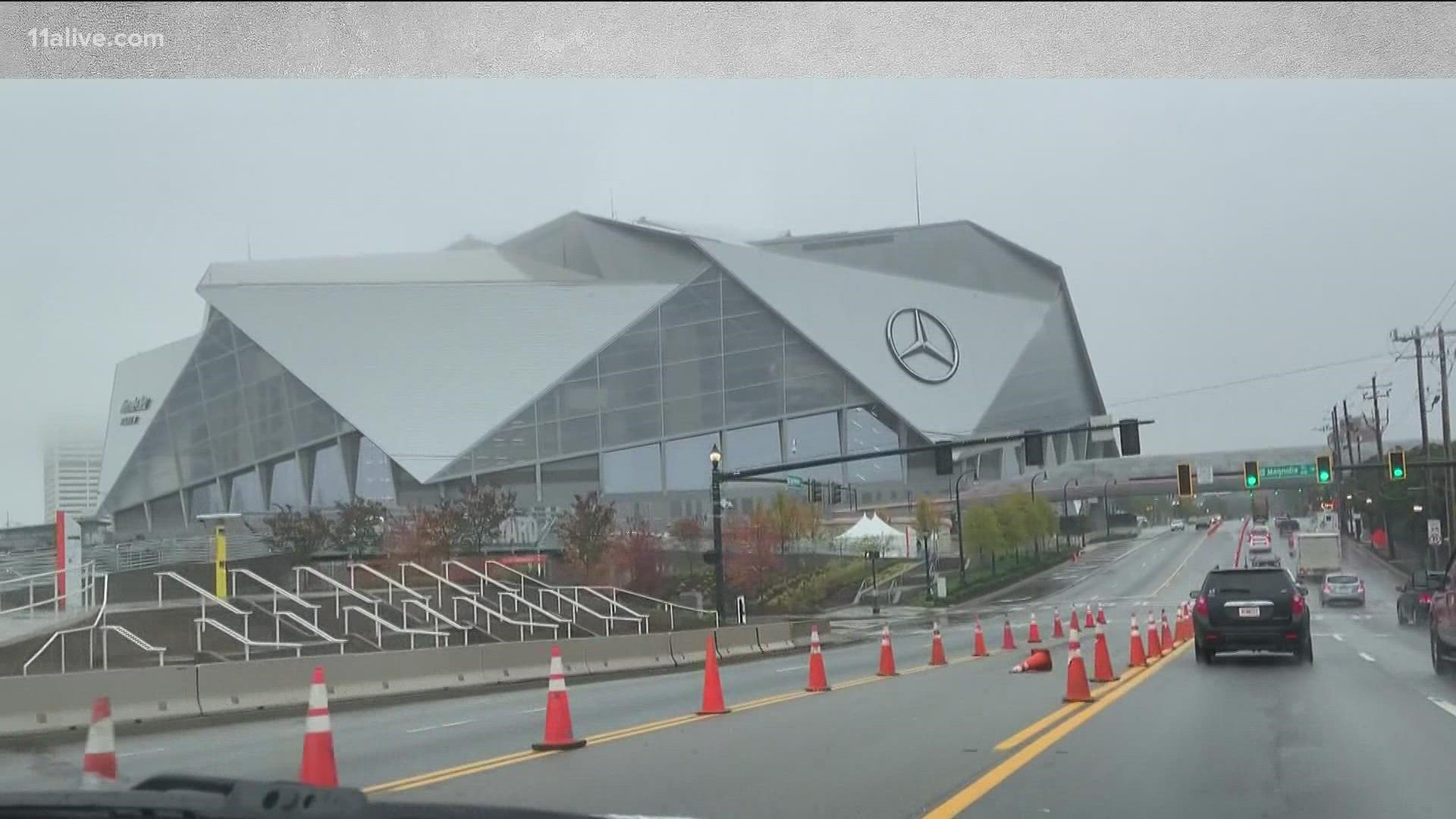 ATLANTA — With cranes dotting the skyline, construction cones lining the streets, and projects continually underway, Atlanta is preparing for growth. However, it could also be preparing soon to serve as a host city for the 2026 FIFA World Cup.

FIFA is the international governing body of club and world football.

While the biggest sporting event in the world is still five years away, FIFA officials are already touring cities in the United States, Canada, and Mexico to see which sites will best showcase the World Cup. A delegation toured Atlanta Friday and eyed Mercedes-Benz Stadium as an attractive venue for the event.

Smith said Mercedes-Benz Stadium would also have to trade out its artificial turf for grass surface for the World Cup. He also said with current technology, substitution should not be a concern.

Smith praised the compactness of Atlanta, its walkability, and accessibility within a small footprint, and said despite delays due to the COVID-19 pandemic, visiting Atlanta firsthand provided a good visual for officials to judge the city as a potential host site.

Steve Cannon, CEO of AMB Sports and Entertainment, said the city is already in the stages to prepare to host a World Cup-type atmosphere.

"The opportunity to put Atlanta back on a global stage, much like we were during the Olympics in 1996, think how much Atlanta has progressed since that time," Cannon said. “It’s a big investment, but this is really once in a lifetime opportunity.”

Nikiyah Johnson lives blocks away from Mercedes-Benz Stadium. She remembered when the old Georgia Dome was taken down and the Benz went up in its place. Johnson said she welcomes the World Cup to Atlanta and hopes it generates positive change for the city.

"The World Cup coming to Atlanta would be amazing," Johnson said. "It’ll bring revenue, it’ll give the economy here a boost. Restaurants will make money, nightclubs will make money. It’s a win-win for us. We can show what Atlanta has to offer."

Johnson said the city would have to address transportation limitations and rising crime in order to effectively accommodate thousands of visitors by 2026.

Cannon said it's well worth the work and change Atlanta will see to host such a rare event. The World Cup is projected to produce two to three times the amount of economic impact as the Atlanta-hosted Super Bowl in 2019.

"It will be expensive. It’s going to take a village," Cannon said. "It’ll be a collective effort by businesses, public-private partnerships, coming together to accomplish a World Cup. The economic impact won’t just be hotel rooms and airline tickets, it’s going to be people relocating here and living here in Atlanta."

It's not clear yet which game(s) Atlanta could host. FIFA is expected to finalize its selection of host cities by early 2022.