Clayton Co. student went to hospital after softball game for being 'overly hot'

The incident occurred two days after a basketball player in the county died following outdoor conditioning drills in the heat. 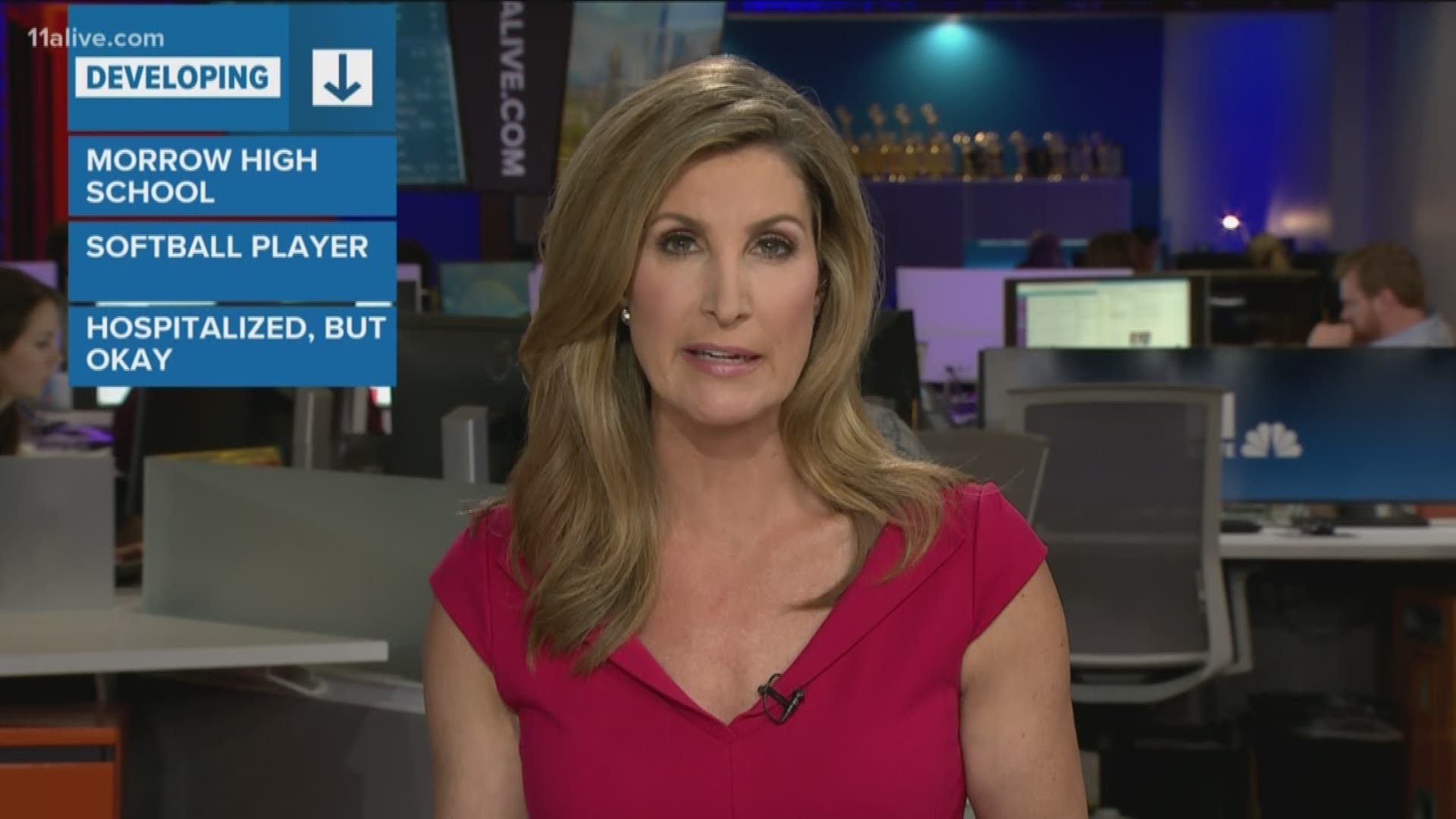 CLAYTON COUNTY, Ga. — Clayton County officials have confirmed that a Morrow High School softball player went to the hospital after a game Thursday for appearing to be "overly hot."

Clayton County fire officials told 11Alive that crews dispatched to Mount Zion High just after 6:30 p.m. for a difficulty breathing call. Firefighters found a female patient on the scene sitting in the dugout. She was treated and taken to the hospital.

In a statement, the school system said that the student is okay.

"The student was transported as a precaution to Henry Medical Center accompanied by parents," the statement said. "She was treated and released."

This happened two days after a family claims a basketball player died following conditioning drills at another county school.

On Tuesday, Elite Scholars Academy student Imani Bell died after passing out during conditioning drills outside during one of the hottest days this year in Georgia.

"He has asthma and gets allergy shots, so the heat, has always been a factor for us," she said.

Although there are state regulations for student athletes that call for extra breaks during extreme heat, she pushes her son to follow his instincts.

'She was the classic good kid': Family describes 11th grader who they say died after conditioning drills