The heavy rain and wind blew through just before 6 a.m. 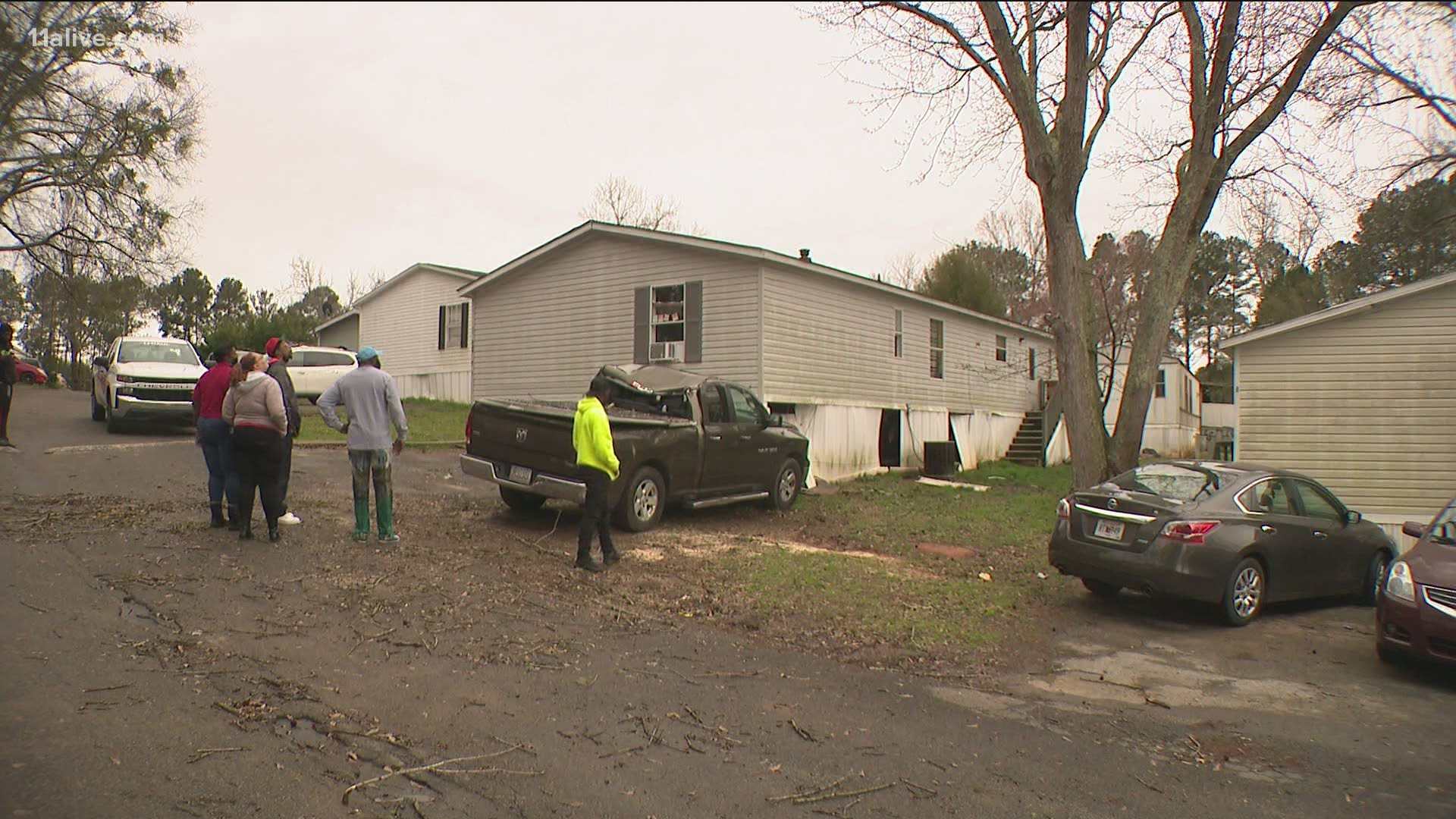 RIVERDALE, Ga. — At least one death was reported in Clayton County, after early-morning storms - which spawned an EF-1 tornado and straight line winds - blew through Clayton County.

The Clayton County Police Department confirmed that a man died after a large limb fell from the top of a tree onto his truck and hit him in the head.

According to police, officers responded Monday morning to a home off Bay Court near Riverdale, where they learned that the man, Harvey Hillman, 65, was heading out to his truck for work when the limb fell during severe storms passing through the area.

Police said his family heard the crash and found him unresponsive on the ground; police said he had a gash to the head. Family carried Hillman out of the storm and tried to save him, but they were unsuccessful, police said.

An 11Alive crew who went to the scene saw the cab of a pick-up truck that appeared to have been crushed by the debris from the tree.

Another death may have also happened off Lakeview Drive, according to the National Weather Service.

According to the weather agency, a tree fell on a man and his truck outside a home on Lakeview Drive, killing him. This damage that caused the fatality, according to the NWS, was as a result of straight line winds and happened south and west of where the tornado touched down. 11Alive has reached out to police to independently confirm the death and additional details, but they have not responded yet.

The tornado is believed to have touched down minutes after 6 a.m. along Bethsaida Road, near the intersection of Lakefield Forrest Drive. The weather agency said that the tornado had maximum sustained winds of 90 mph.