Ramos coached more than a thousand wrestlers across four decades at the school. 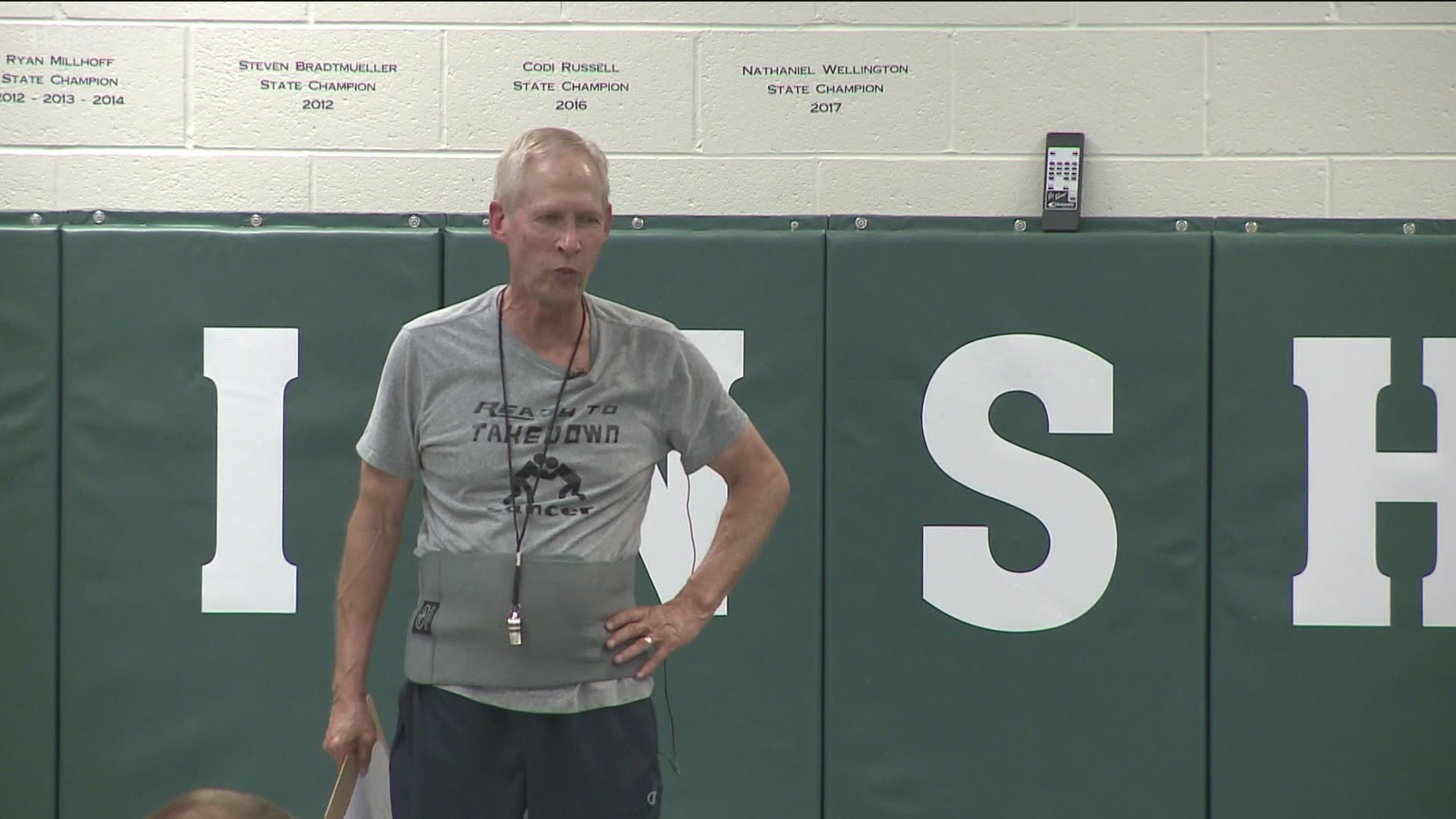 "Whatever he chose to do, he was going to make an impact somewhere. Somewhere with somebody. That was just dad," said Taylor.

Collins Hill High School Athletic Director Scarlett Grantham described Coach Ramos as a mentor, "he was just so much more than a coach to these young men’s lives that he touched".

He retired a few years back, but returned after his diagnosis to coach one final practice last year.

RELATED: A wrestling coach was diagnosed with pancreatic cancer. He fought for his life - and one more practice.

The practice “gave him the opportunity to remember all that he’s lived for” his wife Kathy Ramos told 11Alive at the time.

A public outdoor memorial service is being held on Saturday at 11 a.m. at Collins Hill's football stadium.

"Coach Ramos meant a lot to so many people throughout his life! We hope to have a memorial service for him at Collins Hill Stadium this Saturday, weather permitting, to honor him," the organizer wrote. "Please have masks per Gwinnett schools policy. Casual dress."

(Story continues below the gallery.)

Last year, Kathy Ramos spoke of how Cliff fought after learning of his diagnosis.

“He’s a tough nut,” his wife said. “I remember when he was in the hospital, the nurse practitioner who knew he was a wrestling coach, she made him look in the mirror and say, ‘Talk to your wrestlers right now. You keep fighting.’"

He had the idea for the final practice after reading a book while recovering from chemotherapy, “The Last Lecture,” written by a professor with terminal pancreatic cancer. Not knowing if he could even coach again, Ramos wrote his own book, “One More Practice.”

“The idea of ‘One More Practice’ was a reunion,” Ramos said. “Let me write about it because I didn’t know if I would actually be able to do one more practice. So I started feeling better, I thought, ‘You know what, I’m gonna try to organize this practice.’”

Then he recovered and brought dozens of his wrestlers back together.

“It brought me back, like, I’m coaching again,” he said.

He told 11Alive after he learned of the diagnosis, not knowing how much time he'd have left, that he'd told his wife: "I’ve had a good life."

That was in April 2018. Despite the severity of his diagnosis, he continued on for two-and-a-half more years. Ramos leaves behind his wife, Kathy and his children: Taylor, Kara, Trevor, and five grandchildren.

A visitation will be held earlier in Lawrenceville at Wages and Sons on Wednesday from 3 p.m. to 5 p.m. and Thursday from 6 p.m. to 8 p.m. His funeral is planned for 3:30 p.m. on Friday afternoon in Snellville at 12Stone Church.

Ramos' family is requesting donations to the Pancreatic Action Network at www.pancan.org in lieu of flowers.