CMPD Chief Kerr Putney to retire at end of year

Chief Putney will resume his role as police chief in March, then step down after the RNC. 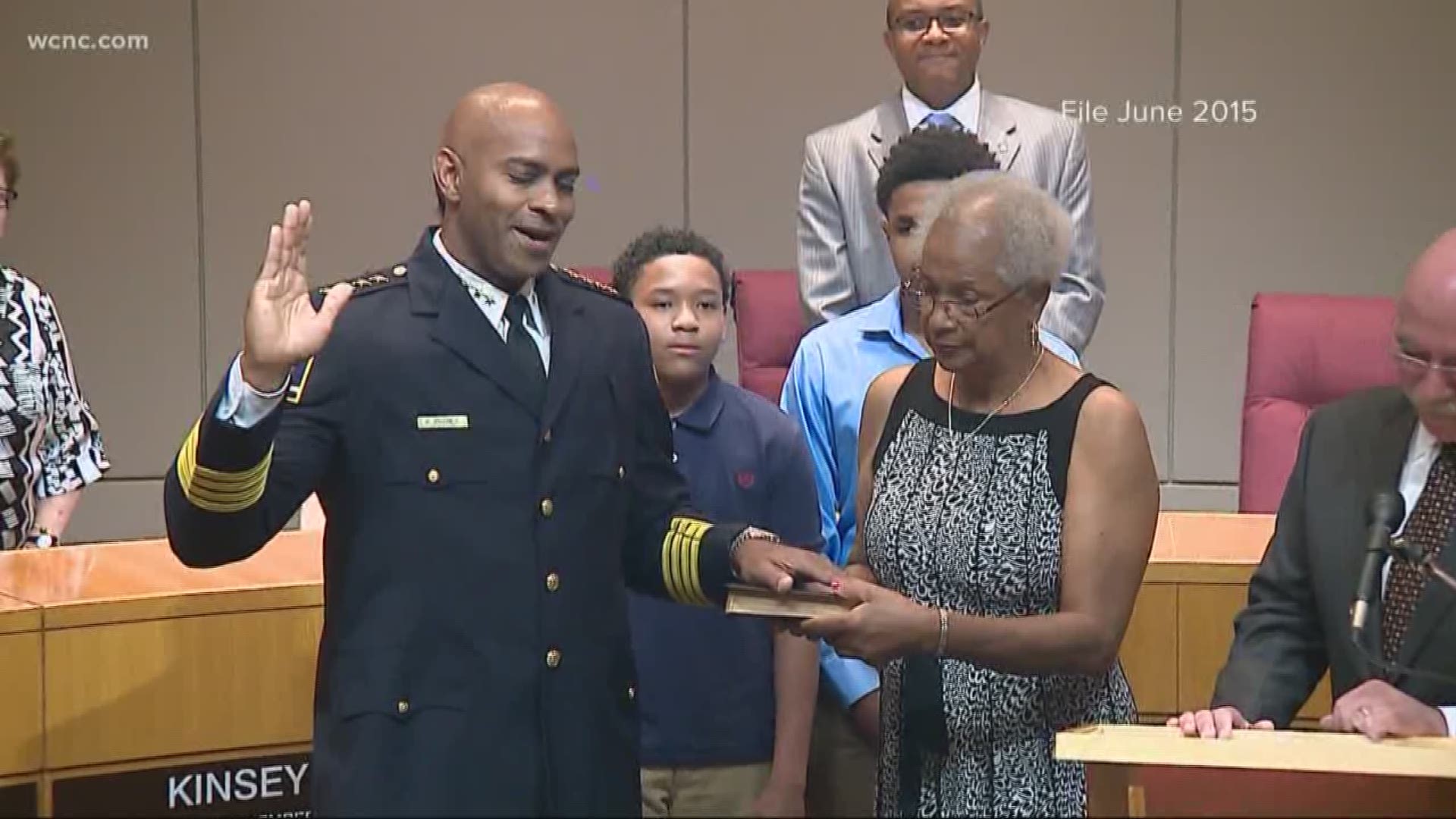 CHARLOTTE, N.C. — Charlotte-Mecklenburg Police Department Chief Kerr Putney will retire at the end of the year, according to the City of Charlotte.

Chief Putney will officially retire January 1, 2020, but will return in the spring to continue his work with community policing. The City of Charlotte said Putney will resume his role as police chief in March.

Charlotte City Manager Marcus Jones will name an interim chief to serve during the hiatus.

"We're really proud of him," Charlotte Mayor Vi Lyles said. "He's made a tremendous difference, he's come through some of the toughest times in our city, continuing that now. So, we wish Chief Putney is a little bit of rest, and welcome him back next year."

Lyles said Putney is returning to help with the Republican National Convention because of his commitment to serve. Lyles said she's not concerned about planning for RNC security. Tariq Bokhari, Councilman for District 6, agreed.

"I don't think anyone is concerned that a very short hiatus in the middle of the next 11 months is going to cause any problems," Bokhari said.

After the RNC, Putney will step down from the role and a permanent replacement will be named.

"Chief Putney made a commitment to Charlotte to lead our security efforts during the RNC and I know that is important to him," Jones said in a statement. "Because of his experience with the city's efforts for the DNC in 2012 and his involvement with the current RNC planning, I want him to return and believe this approach gives us the best opportunity to host a more successful RNC for our residents, business community and visitors while also helping Chief Putney meet his personal commitments."

Officials are expected to provide more details on the transition on Wednesday morning.

Putney was sworn in as chief of CMPD in June 2015. He first began working with the department in August 1992, and was promoted to deputy chief in September 2007.

"He is what I call a national treasure in our own backyard," Bokhari said.

NBC Charlotte is working to determine what led Putney to this decision.

Putney has increasingly been in the public eye this year as Charlotte's homicide rate passed last year's rate over three months ago.

Putney has also been a part of planning for safety measures ahead of the 2020 RNC. WCNC is working to learn more information on what his retirement will mean for the city of Charlotte ahead of the RNC.