Search efforts continued Monday for two missing boys presumed to have drowned last night by 17th and the Seawall. 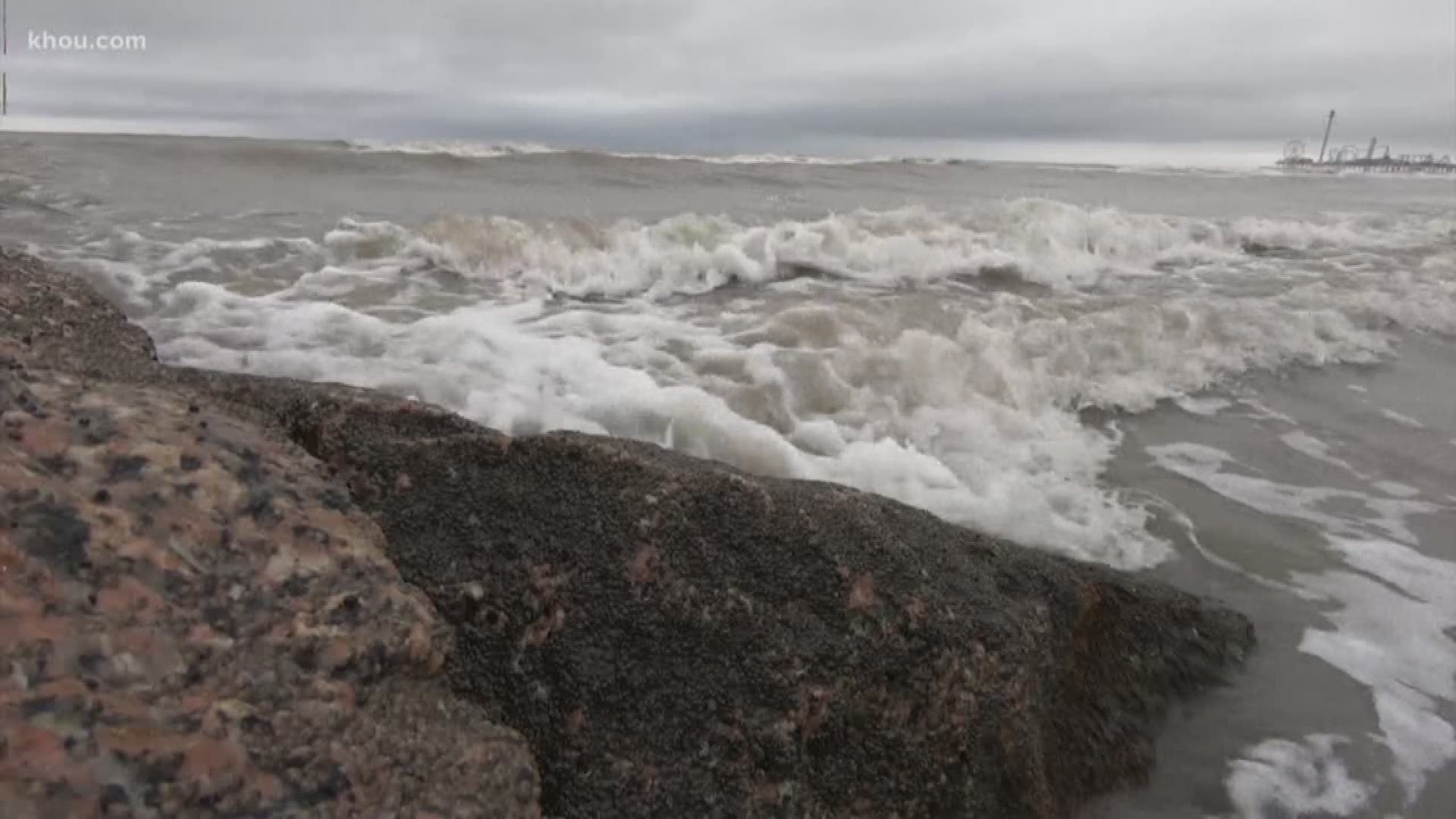 Search efforts continued Monday for two missing boys presumed to have drowned last night by 17th and the Seawall.

In a separate incident earlier in the weekend, two men died after that kayak overturned near Pirates Beach.

A helicopter was out, as well as a U.S. Coast Guard boat and a beach patrol vehicle going up and down the beach searching for the boys. So far, they have not found the bodies of the young boys.

“It’s really going to be when they resurface, because we know within a 5-mile range of where they are, but we don’t know specifically within that area where it’s going to be,” said Chief Peter Davis of Galveston Beach Patrol.

Officials say around 6:30 po.m. Sunday, a group of five kids were on a supervised trip with a children’s center on the island. An 11-year-old boy and another kid went in the water and were quickly swept away by strong rip currents. The other kid was able to get ashore, but the 11-year-old needed help. That’s when a 16-year-old boy tried to save him but couldn’t.

Tragically, they both went under.

“One of our lifeguards went off the rocks, jumped off the rocks to get to him. One entered from the shoreline, but unfortunately couldn’t get to him in time. They submerged,” Chief Davis said.

The surf had been strong all weekend. Two men in their 20s in a double kayak overturned and drowned Saturday evening. Authorities say they were not wearing life jackets. Their bodies have been recovered.

The Beach Patrol Chief says beach-goers need to heed safety warnings on days like Monday where red flags are up.

“Recommendation is, if you’re an adult swimmer, only go to your waist. If you’re a non-swimmer, or a child, you stay out of the water,” Chief Davis said.

Experts warn that if you’re not trained to do so, don’t jump in and try to save someone. Call authorities. They do recommend you throw a life ring to the person in distress which can be found in an orange box in the middle of every jetty where rip currents can be especially dangerous.

The life ring is attached to a safety cord.

Officials say if they don’t recover the bodies of the young boys by the end of Monday, the search will resume tomorrow morning.