VERIFY: No, the Cobb Co. school district is not ignoring health department advice by re-opening

Cobb & Douglas Public Health confirmed they have not advised Cobb County Schools to shut down or go virtual. 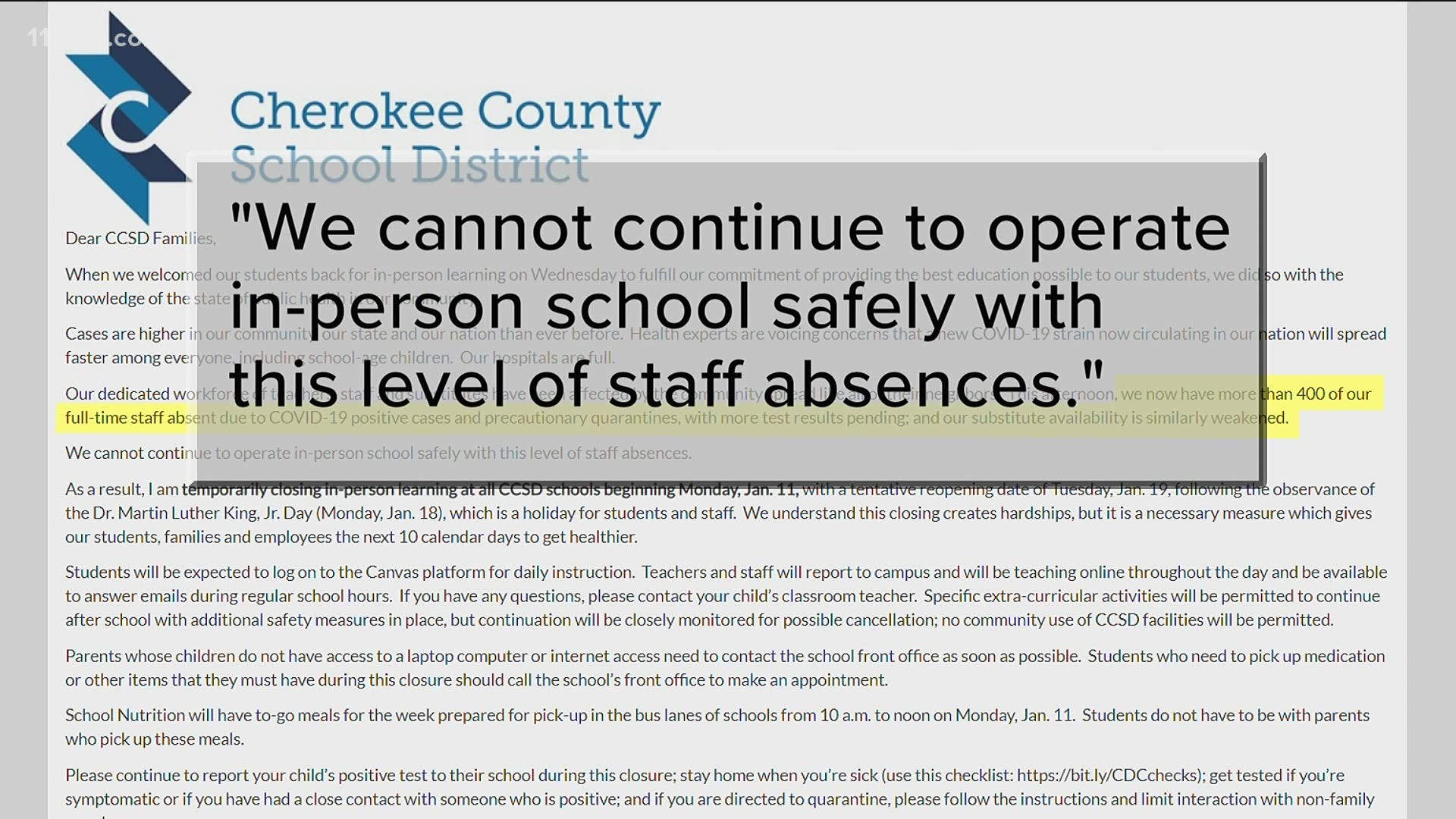 COBB COUNTY, Ga. — Claims that Cobb County Schools and its superintendent are defying board of health guidance are circulating, with multiple requests sent to 11Alive calling for clarification on the matter.

Several emails with similar content were sent to 11Alive, reading in part: “

My sister talked to an administrator last night. He said the department of health told Ragsdale we need to shut down CCSD schools and go virtual. Ragsdale said no, so now the department of health said CCSD is on our own, and they will no longer help or advise on all of this with Cobb. This means that CCSD is not following Board of Health guidance and is willfully endangering the lives of every member of Cobb County.”

QUESTION: Is Cobb County Schools and its superintendent defying department of health advice by re-opening schools?

“At this time, Cobb & Douglas Public Health has not advised Cobb County Schools and Mr. Ragsdale to shut down schools/go virtual,” a spokesperson for the health department confirmed.

A spokesperson for Cobb County Schools also issued a statement refuting the claims, writing that the district is aware of “wildly inaccurate and irresponsible rumors being spread as part of a ‘social media and traditional media pressure campaign’ to pressure the District to only offer remote classrooms.”

“We continue to make decisions based on local and state public health guidance and remain committed to offering face-to-face and remote classrooms,” the statement continued.

“With the case rates high right now, and some schools having no cases and some schools having some cases, it is important that CDPH and CCSD work together to identify cases and contacts as fast as possible,” Valerie Crowe with Cobb & Douglas Public Health said in a statement to 11Alive. “CCSD has all the school records so they conduct the internal contact tracing and then they send the case/contact information to CDPH for our part of the follow-up/external contact tracing. It is a team effort between CCSD and CDPH, with the goal of keeping schools open as safely as possible.”

As a result, 11Alive can confirm that no, Cobb County Schools is not ignoring health department advice by re-opening its campuses.

More than 60 percent of the district's students returned to face-to-face learning following winter break, according to the CCSD website.