ACLU Georgia is investigating seven inmate deaths in the past year and “inhumane” conditions. The sheriff is disputing the complaints. 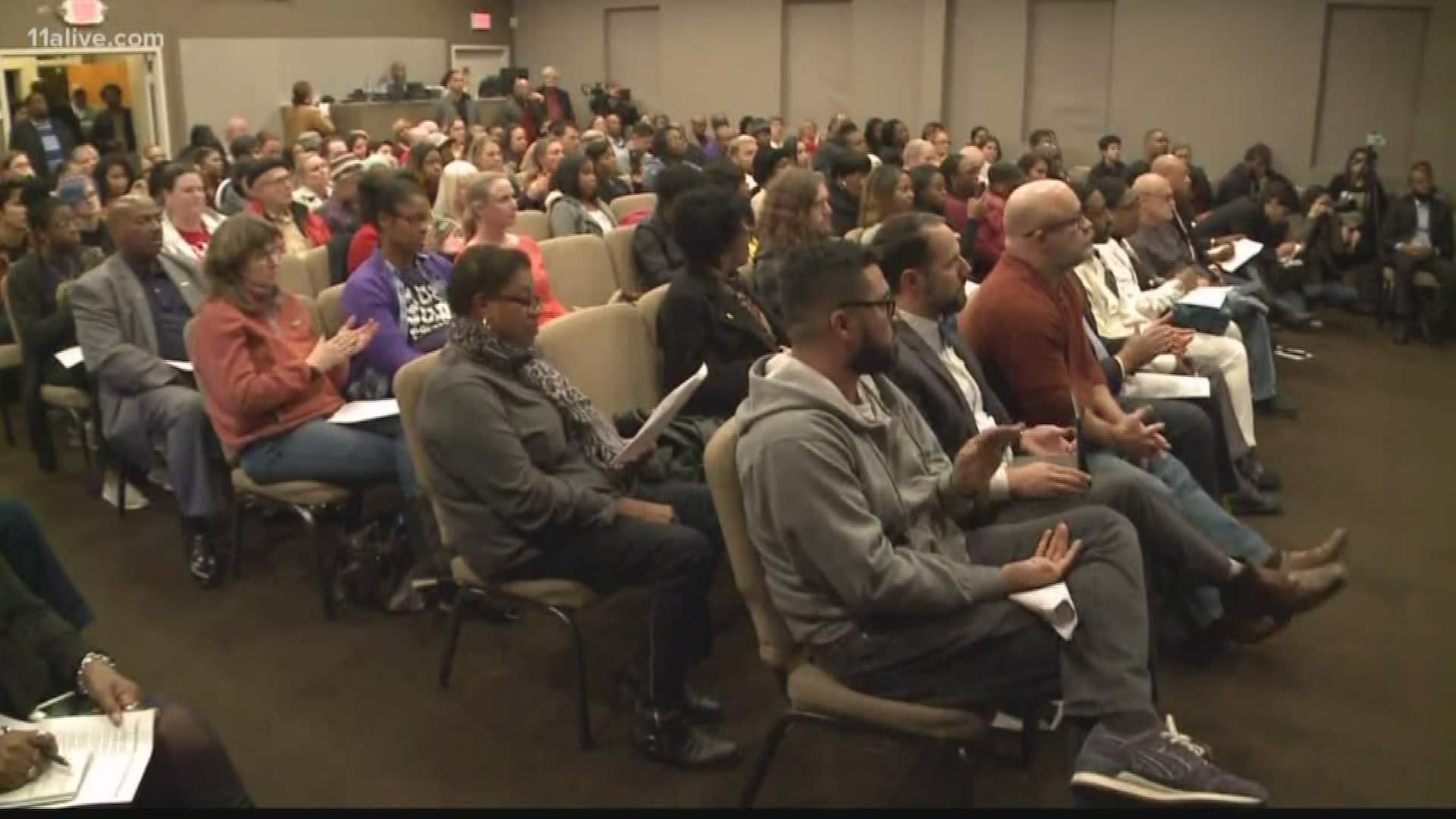 COBB COUNTY, Ga. — People pleading for help for their loved ones packed a church in Cobb County Monday night at a town hall meeting. Families and friends of Cobb County jail inmates described conditions as unconstitutional, unsafe and inhumane.

The sheriff, however, is disputing their complaints.

ACLU Georgia organized the town hall meeting where loved ones of inmates called for answers, accountability, and reforms. The ACLU is also investigating seven deaths of inmates in the past year

Tiffany Wingo walked up front and stood next to her family’s attorney, who spoke about Wingo’s brother. He was an inmate this past September, dying after just five days there. They claim he never got the medical attention he needed. He died before he ever got his day in court.

Wingo’s brother is one of seven inmates who died in the past year.

Cindi Yeager, another attorney who represents Cobb County jail inmates who are awaiting trial, told the crowd conditions are bad in many ways. She said she has to wait several hours to see one inmate for 30 minutes.

“It is unconstitutional. It should not be this way,” Yeager said, saying she knows of inmates denied permission to make phone calls or write letters, even so they can arrange for the bail that they were granted while they await trial. “They deserve to be treated like human beings before they go to trial.”

Kathleen Lingerfelt said her husband has been in the jail awaiting trial since April. She brought with her letters from inmates who are afraid of retaliation for speaking out. They wrote that jail inmates are still on lockdown -- confined to their cells 24 hours a day except for 15 minutes every day or so for showers --even though the sheriff’s office said the lockdown lasted for only 30 days and was lifted in October.

Inmates claim the jail is limiting their ability to communicate with their attorneys and family members in person, by phone, or with letters.

“It takes your people on the outside to help you coordinate with your attorneys,” Lingerfelt said.

Chris Bruce with ACLU Georgia said what’s going on at the jail is a concern for everyone, not just the inmates and their families.

“These are people. We have to make sure that no matter what has happened [or what they have done], we treat the least of these to the best of our ability. Because that’s what we’re judged on, as people."

Sheriff Neil Warren is not addressing each death and every complaint publicly, but his office said the jail is transitioning to a new health care provider and is working to provide rapid medical treatment to every inmate:

“The Cobb County Sheriff’s office has partnered with WellStar Health Systems for the past two decades providing medical care for inmates housed in our facility. Approximately two years ago WellStar informed the Sheriff’s Office of their intent to transition out of the contract stating that correctional health care no longer fit their business model. This transition began prior to any of the aforementioned inmates passing. Since the transition began, we have been working with WellStar and the Cobb County government to identify the best suitable and qualified replacement. WellStar graciously agreed to assist throughout our transition and we do not foresee any immediate impact with this change.”

“All deaths are tragic,” Sheriff Warran said in the statement, “and I take the responsibility to care for those housed at the adult detention center very personal. I find it heartbreaking that people have attempted to capitalize on this tragic loss of life. The false statements surrounding these sad situations in order to inflame the public for either financial or political gain needs to stop.”

ACLU GA is compiling all of the information and complaints to help decide what actions to take next.