The ACLU has called for an investigation after reports that the water at the Cobb County Jail smelled of gasoline. 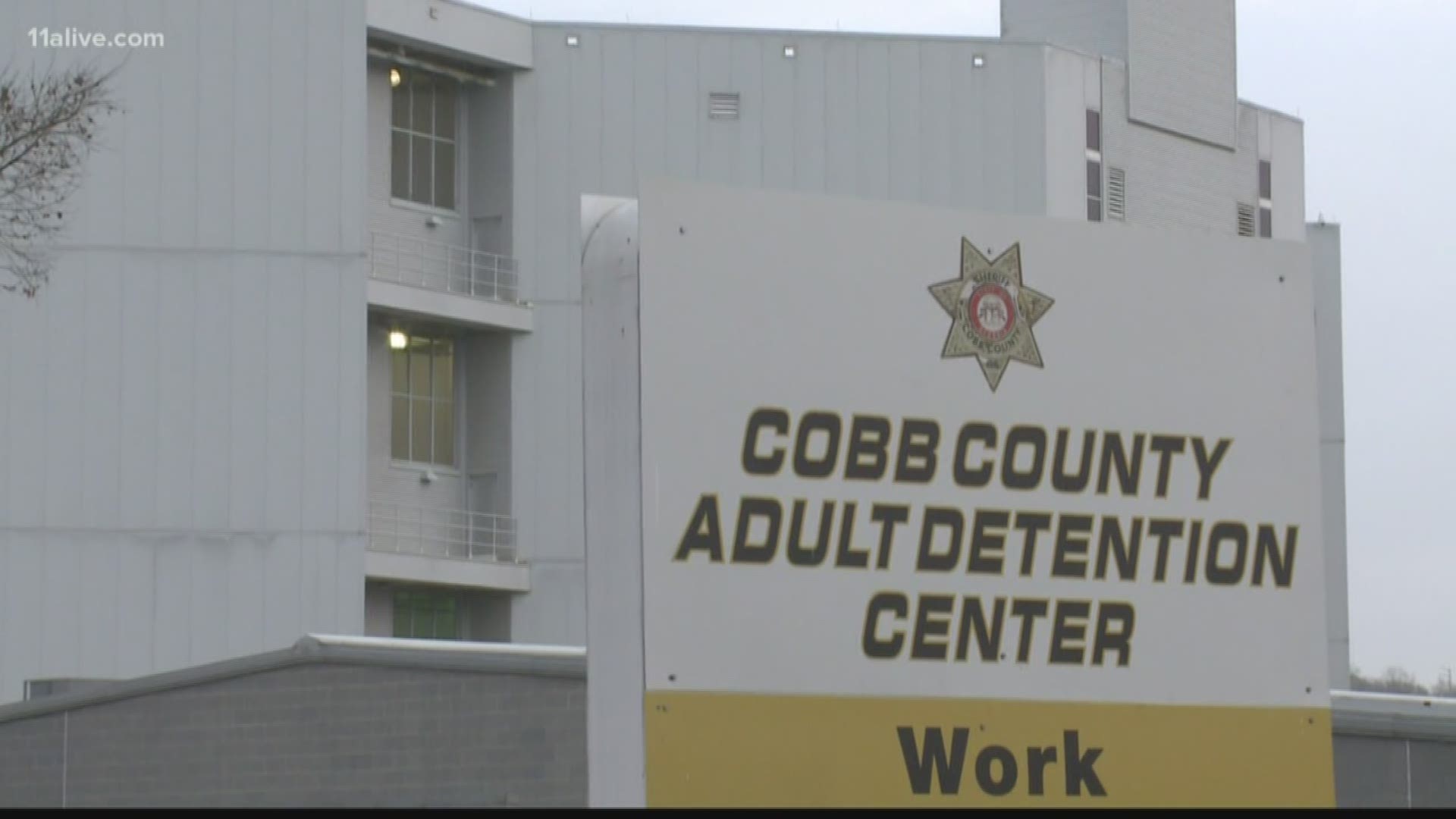 MARIETTA, Ga. — Another complaint has been lodged against the Cobb County Jail -- this time, it is over the water. Inmates claim their water smelled of gasoline and are worried it may have been contaminated, according to the ACLU of Georgia.

Cobb County Sheriff Neil Warren says it was because of a plumbing repair and the jail plans to test the water. In a statement, he said the ACLU is turning a minor plumbing issue into a crisis.

The families of inmates who say they either smelled or drank the water do not want to speak publicly, because their loved ones are still incarcerated.

They took their concerns to the ACLU.

In a statement, the sheriff says that on Saturday, an inmate told a deputy the water in a housing area had a slight odor and maintenance staff found a lubricant used to replace the valve had not been completely wiped down.

The sheriff says guards moved 25 inmates to another housing area.

"We just want safety to happen at the Cobb County Adult Detention Center,' said Christopher Bruce with the ACLU of Georgia. "That is all we really ask for. A transparent and safe environment."

Bruce says an investigation is needed.

He said that inmates in the jail pod in question claimed the water smelled or tasted similar to gasoline.

In a statement, the ACLU wrote, "Allegedly, only after family members repeatedly called the detention center and 911, did the sheriff department move the impacted individuals to a different part of the jail."

"We want a full-scale investigation of how this happened in the first place," the statement continued. "What happened afterwards, were people that were incarcerated ... offered bottled water instead of the water that was there."

Bruce says they also want medical treatment to be offered to every inmate and staff member who was in the pod, and test results of the water to be released.

The sheriff's office confirms the water will be tested on Tuesday and inmates will not return to the housing area pending water quality tests.

Warren wrote, "Once again, the ACLU is spinning a narrative of crisis and conflict when in fact a minor plumbing issue was repaired, inmates were moved as a precaution and additional validation of water quality is being sought."

The ACLU held a town hall meeting in December where families of inmates raised a list of concerns they say they want to be addressed by the sheriff's office.

In the past 13 months, a total of six inmates have died while in custody at the Cobb County Jail. The medical examiner, though, has finished investigating four of the six deaths and did not find any of those deaths to be suspicious or criminal in nature.