College Park police said officer Morris is at home recovering after he suffered severe injuries in a hit-and-run. 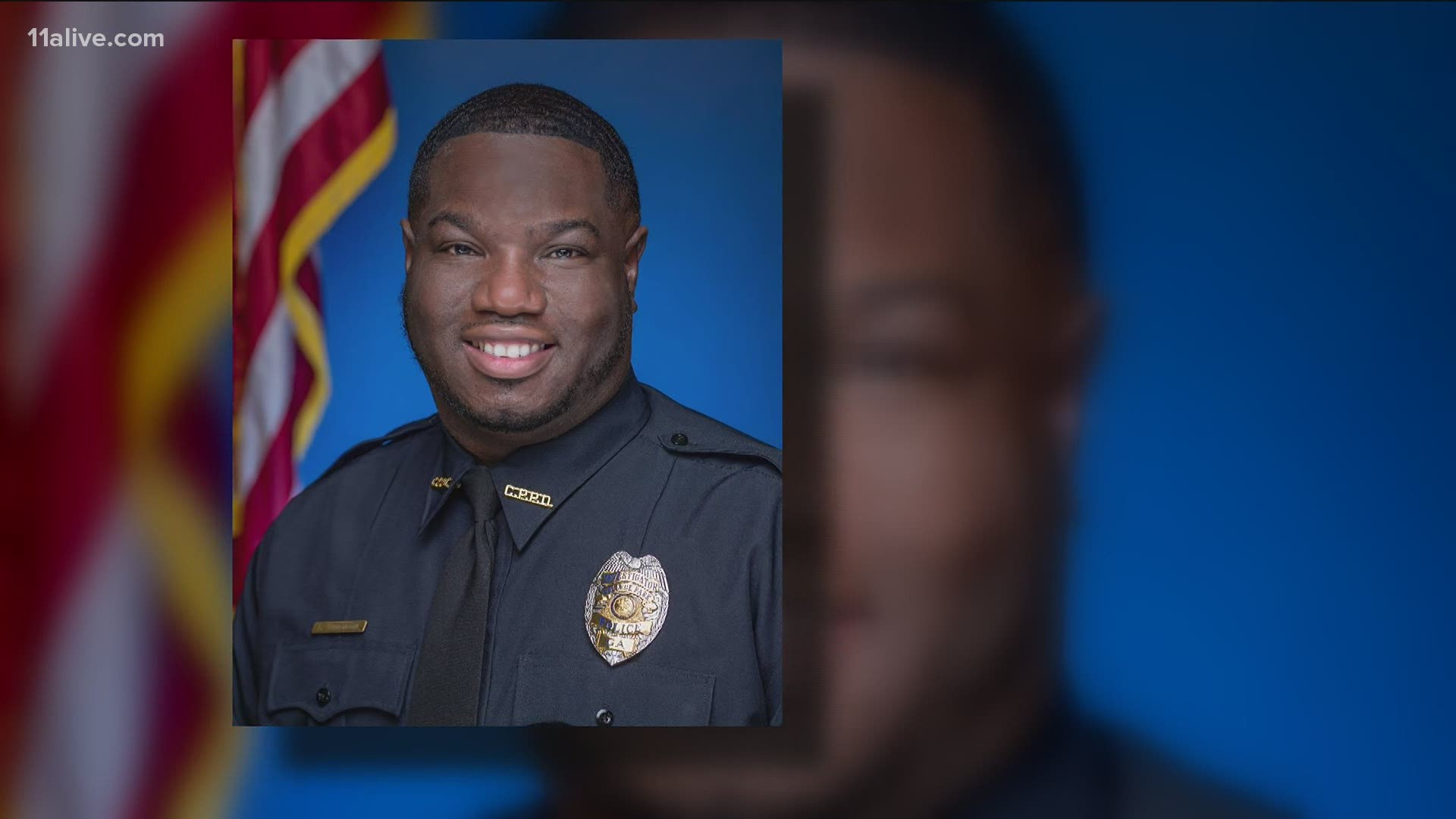 COLLEGE PARK, Ga. — A College Park Police officer was hit by a teen driving a stolen SUV on Saturday near a metro Atlanta hotel, but said he "refused" to use his weapon on him.

The police department said officer Ivory Morris was one of the officers that responded to a call about a stolen vehicle in the 2300 block of Southport Drive at 2 a.m.

He was working part-time near the hotel at the time, they said.

When officers arrived, a teen inside the SUV struck officer Morris and another teen, who was believed to be involved in the theft, and drove away.

Morris' supervisor Sgt. Jean said: "Morris and the teen looked into each other's eyes and he made the conscious decision not to use lethal force."

College Park police said officer Morris is at home recovering after he suffered severe injuries in a hit-and-run.

The teen who was hit is recovering from a shattered pelvis.

Police said they have identified the teen driver, but he is not in custody yet. No suspects have been arrested.