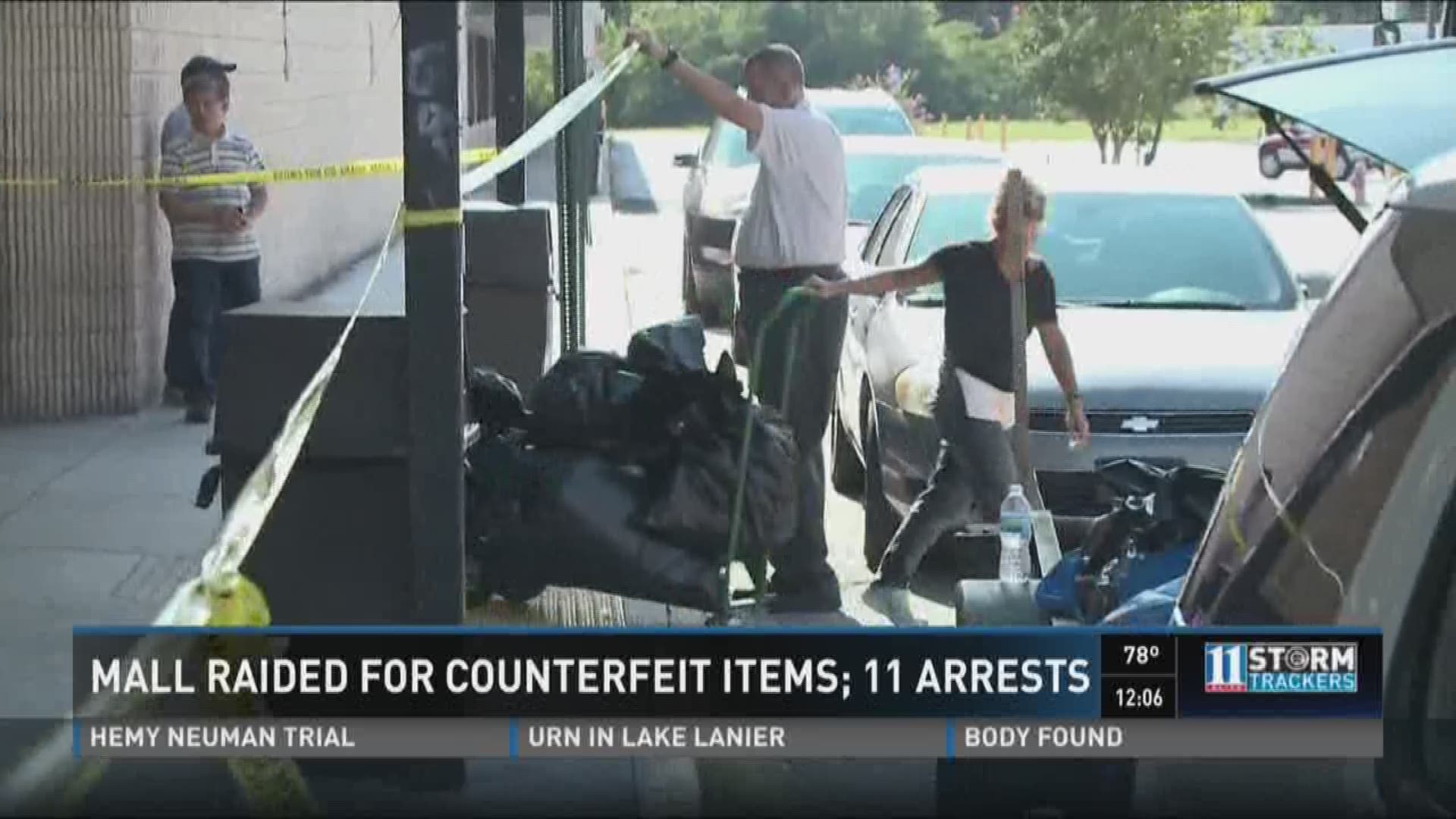 COLLEGE PARK, Ga. -- Nearly a dozen people were arrested after a massive raid on a discount mall for counterfeit items on Monday.

11Alive's Duffie Dixon was there as officers raided the Old National Discount Mall near the corner of Old National Highway and Godby Road.

The raid is the result of a two-week investigation, and it isn't the first time they’ve raided the mall, 11Alive's Duffie Dixon reports.

"It's very serious because moenty made from counterfeit items goes to fund other things such as terrorism or human trafficking," said a spokesperson with law enforcement. "So, once we take this area out, it should affect other crimes in the area."

Police said they conduct this type of sweep several times a year and inevitably turn up counterfeit stuff at some of the individual booths.

"Just as quick as we move it, they replace it. It's an ongoing battle," the spokesman said.

Police plan to bring charges against the 11 people arrested, but what they are specifically charged with depends on how much stuff police found, and authorities are still totaling that value up.