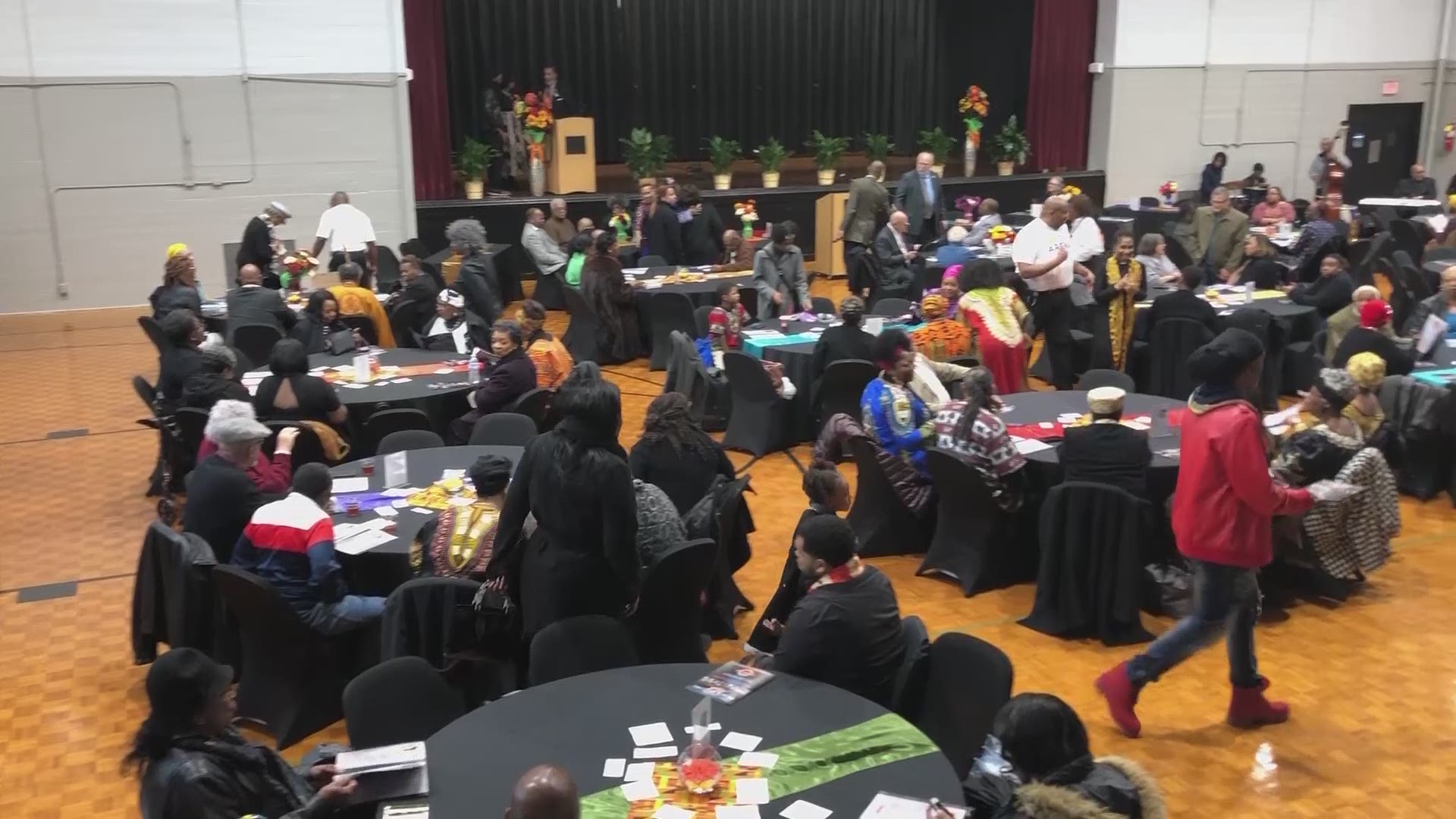 The City of College Park hosted its 2nd annual Black History Month Celebration aptly titled, ‘Stand Up and Stand Out.’ luncheon at the College Park City Auditorium on Saturday, Feb 8.

The auditorium was decorated with kente table runners and placards of prominent historical figures from Black History. The audience was entertained by dancers and a local acapella choir.

Credit: The Bearcat point guard, Michael Majeed get emotional as he and his teammates accepted their awards.

However, the highlight of the event was the remaining members of the now-defunct Eva Thomas High School Bearcats basketball team receiving a special proclamation from the city. The Bearcats claimed victory back in 1969 as the State Basketball Champions as the very first Black team to participate in the tournament.

Unfortunately, the Eva Thomas Bearcats never received any official recognition from the City of College Park until now, 51 years later. The Bearcat point guard, Michael Majeed was overcome with emotion as he and his teammates accepted their awards. The entire team was greeted with a standing ovation from all in attendance.

For more information about the College Park events, visit their website.