The family believes police are responsible for a suspect crashing into and killing their loved ones. And, the driver is still on the run. 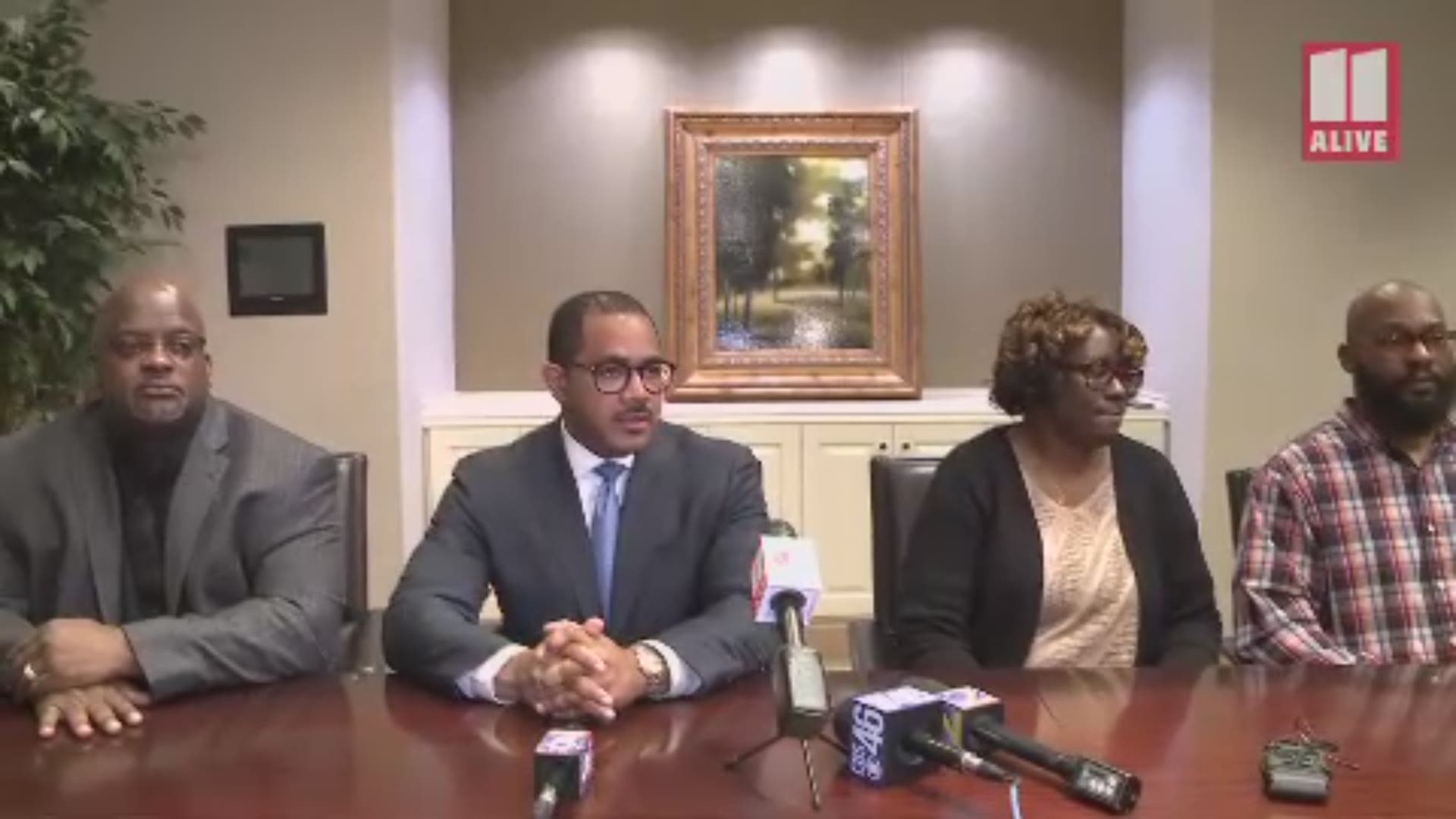 COLLEGE PARK, Ga. — It's been three years since they've seen the faces of a grandmother and two little children; three years since a family says an escaping suspect ended up crashing into their loved ones, killing each one.

Now, three years after the pursuit that involved two police departments and a car theft suspect - and the deadly crash that followed - the family is renewing their call for answers and for the driver to finally turn himself in.

"Still heartbreak," Joi Partridge said. "I miss them every day."

Joi Partridge is the mother of the children, 6-year-old Layla Partridge and 12-year-old Cameron Costner; she is the daughter of the woman driving the children to church that Sunday morning, Dorothy Wright.

Joi was joined by Layla's father, Doug Partridge; Camera's father Floyd Costner; and their attorney, Charles Chestnut, in Atlanta, to plead for someone to come forward with a tip for police to help identify and capture the suspect who killed Dorothy, Cameron and Layla.

"You would think someone would have a conscience," Joi said. "To know that they did something like this - one day you're going to reap what you sow."

It's a case that's stagnated with few, if any, leads. And the children's parents said that's hard to accept given how it happened.

1 / 21
11Alive
Dorothy Smith Wright, 75, of Atlanta was behind the wheel of her car with her 12-year-old grandson Cameron Costner and 6-year-old Layla Partridge, both of Fayetteville, Ga., when a stolen Chevy Suburban crashed into them, killing all three.

"The police were on-scene at the time of impact," Attorney Chestnut said. "And this guy literally got out of the Suburban and walked away - literally walked away - and an entire generation of a family has been wiped out."

The family's lawsuit against College Park police and Atlanta police is still not resolved. They're accusing the officers of violating their own departments' chase policies which, the family said, resulted in the suspect speeding through a residential neighborhood and killing three innocent victims.

Those departments did not immediately respond to requests for comment.

Family memories are still raw, tender, aching for each one of them.

The family is hoping the $5,000 reward in the case will help them find justice for their loved ones.

"I know somebody knows what happened," Joi said. "Somebody's out there. And I just wish they would come forward."