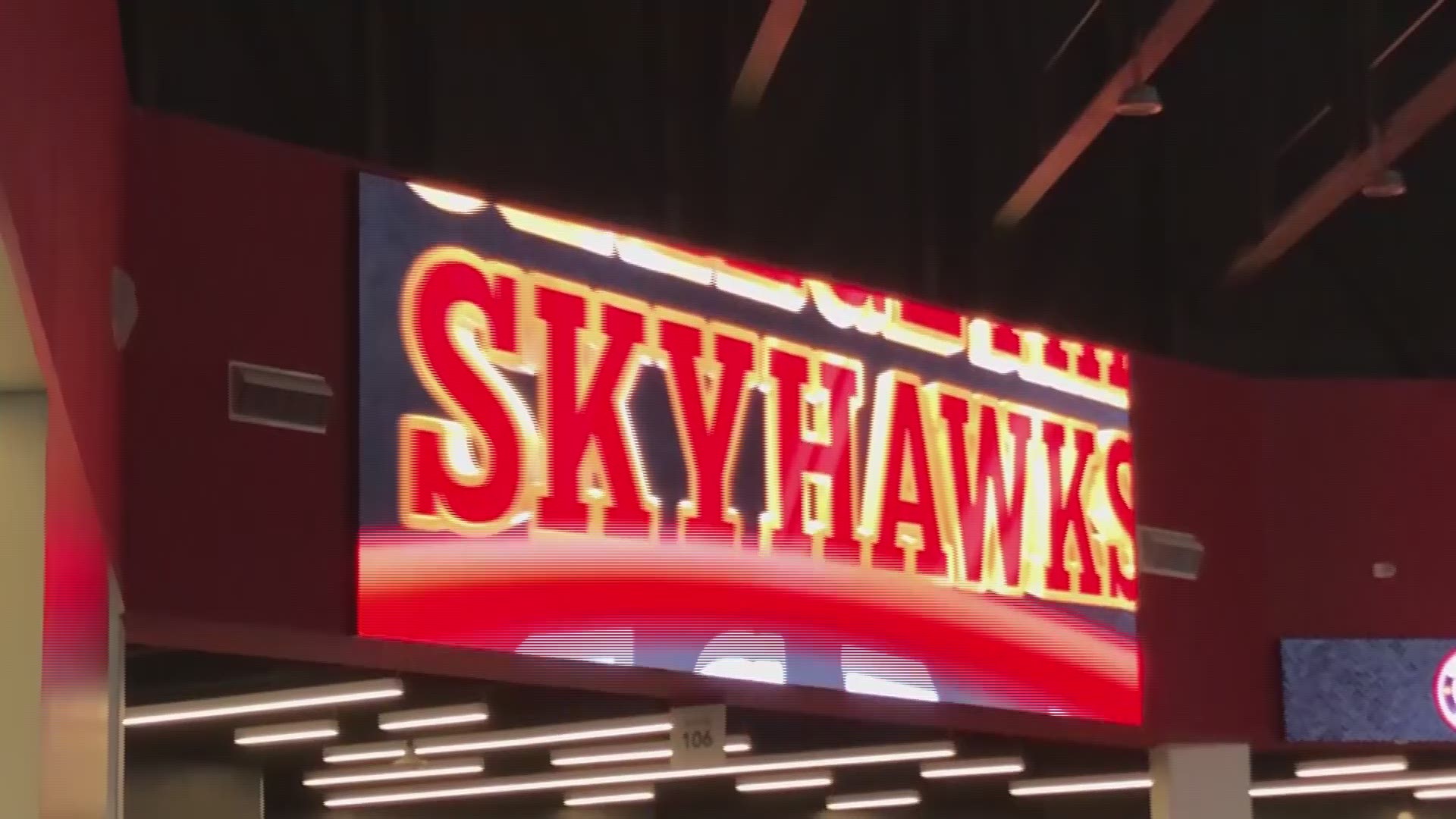 COLLEGE PARK, Ga. — January is National Mentorship Month, and in honor of the occasion, the College Park Skyhawks kicked off its inaugural “I am a Mentor” Day on Jan. 11.

Implemented in 2002, National Mentoring Month was created to help promote youth mentoring, as well as encourage the positive effects mentoring can have on young lives both personally and professionally.

The College Park Skyhawks created the TEAM UP Mentorship program as a way to offer their contribution to Georgia’s youth.

As a part of their outreach for the program, the Skyhawks invited two groups of students from the Richmond Hill K-8 school in northeastern Georgia.

“We’re from Augusta, the home of The Masters, so a lot the guys are getting to have an experience that otherwise, they might not get to have,” said Daniel Beasley, a teacher and youth group later at Richmond Hill K-8 school.

“We’re just extremely thankful and blessed that we got to come and do this today.”

Asst. Coach Shelden Williams and shooting guard, Jordan Sibert, spoke with the guests immediately following the game. Coach spoke about his career as an NBA player, playing overseas, and then his eventual transition to coaching.

Sibert, who himself has been playing in the G League for four seasons now, posed for selfies and autographs while recounting the challenges he endured finding mentorship as an adolescent.