Jake's Ice Creams & Sorbets has been providing the community with solace - by the pint. 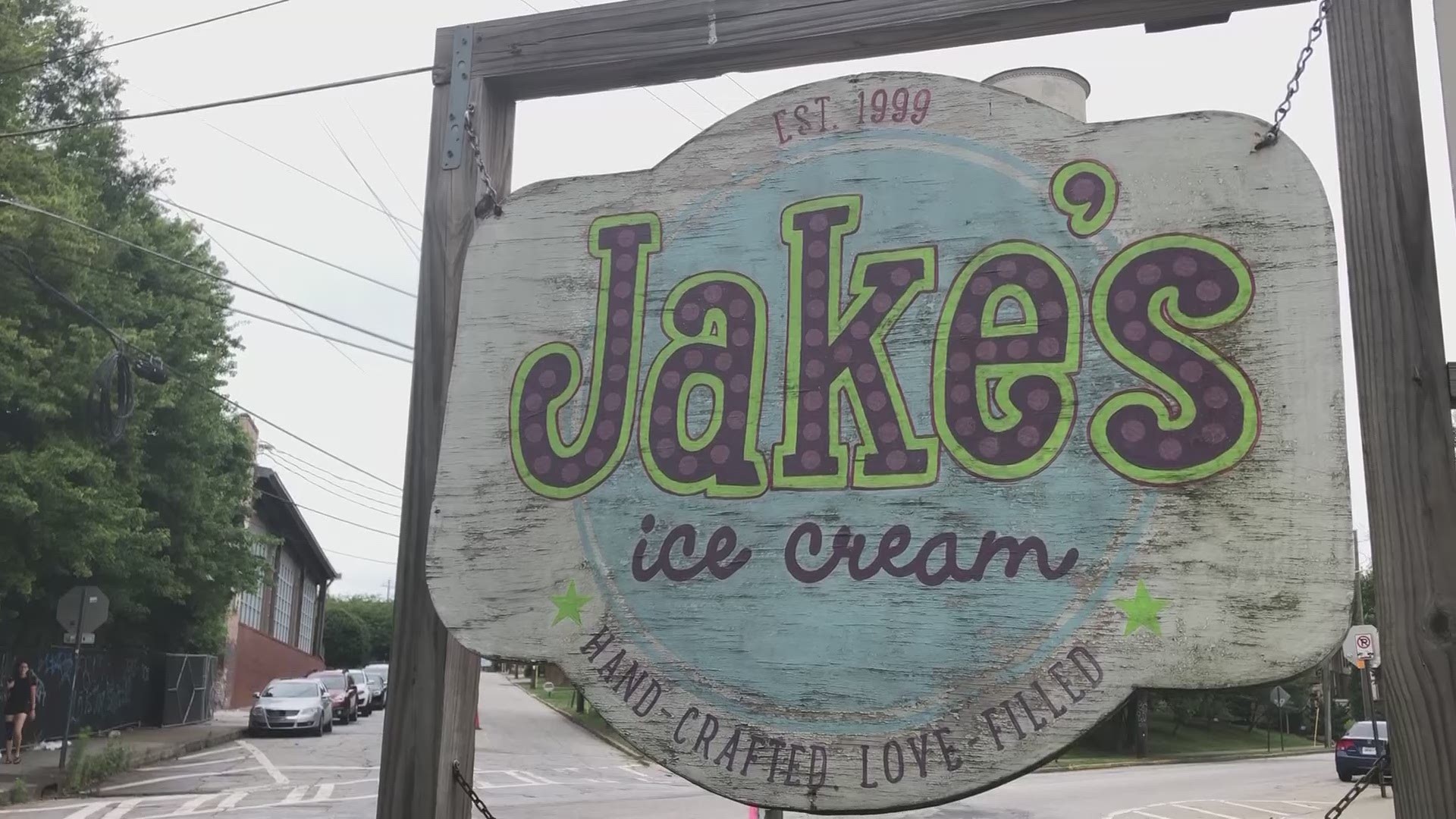 COLLEGE PARK, Ga. — For the past few months, many in the city of Atlanta, as well as the rest of the world, have been dealing feelings of anxiety, fatigue, and uncertainty during the pandemic.

But during these trying times, people have been searching for ways to cope and seeking out comfort when and wherever they can.

Luckily, Jake's Ice Creams & Sorbets has been providing the community with solace - by the pint. While the local ice cream parlor calls Old Fourth Ward its home, the owner and operator, Jake Rothschild lives in College Park.

Entering its 21st year of business, Rothschild told My East Point News that, this current crisis has been "a learning curve of the steepest variety," referring to the pandemic and subsequent shutdown of a vast number of food-related businesses.

“Who knew that ice cream was going to be a thing that the stores were going to run out of?” said Rothschild.

“Restaurants, grocery stores, Walmart, all ran out of ice cream. So, we just started making more and more ice cream.”

Rothschild discovered that many of his customers were craving for some form of comfort during these difficult times.

So much so, that mere weeks after the shutdown, Jake's Ice Creams & Sorbets had cultivated a thriving home delivery service for pre-packaged pints of his homemade treats.

With summer upon us, Jake's Ice Creams will provide residents with their unique hand-crafted flavors, he also plans to increase his delivery schedule.

A few new flavors will also be making their debut for residents to enjoy such as, Mimi & June’s, Boozecream, and Maya’s Mango Peach Sherbet to name a few.