After noticing the absence of a bus stop bench in his community, Ryan Kelly decided to take action. 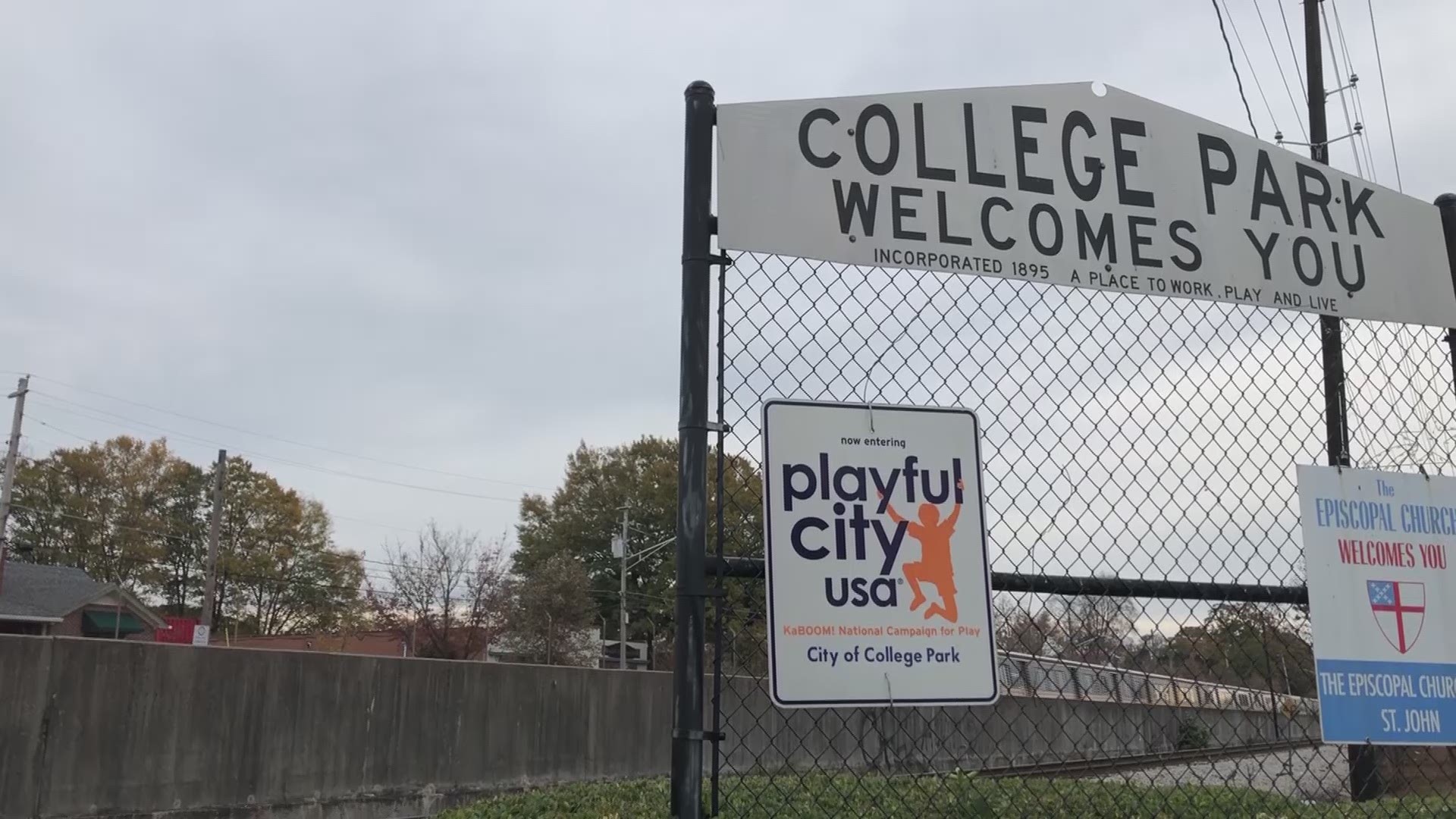 This slight modification of the classic JFK quote is exactly what motivated one College Park resident to take action on a simple yet overlooked need he saw in his community.

Ryan Kelly is no superhero, but he certainly came to the rescue in the most important way possible: charity.

While Kelly has lived in College Park for a couple of years, he’s called Georgia his home for most of his life. Over the course of the past year, he noticed that the MARTA bus station on Main Street, literally right on the border of East Point and College Park.

Main Street is a heavily trafficked road serving as a primary artery for drivers in and around the Tri-Cities area, running right along the MARTA train lines. It’s also a main corridor for the bus lines. The bus stop at the College Park border, however, was little more than a cement slab and a sign. Riders only had a small tree stump to sit on as they waited on their next bus.

“Sometimes we take things for granted,” Kelly told My East Point News. “A place to sit may not be the greatest thing in the world, but maybe a luxury for someone who is injured, pregnant, elderly, or just trying to get home after work.”

After coordinating with his local councilmember, Ambrose Clay, Kelly paid for all of the building materials and installation out of his own pocket. Then on Nov. 12, 2019, Kelly installed a custom-made concrete and wood bus bench for his fellow residents and neighbors to have a place to rest while waiting on the bus.

At the moment, Kelly doesn’t have other altruistic projects on the horizon, but he told us that, "you never know."