Hundreds had to leave the pool at Palmetto Compress Saturday following a complaint about violating the City of Columbia's mask ordinance. 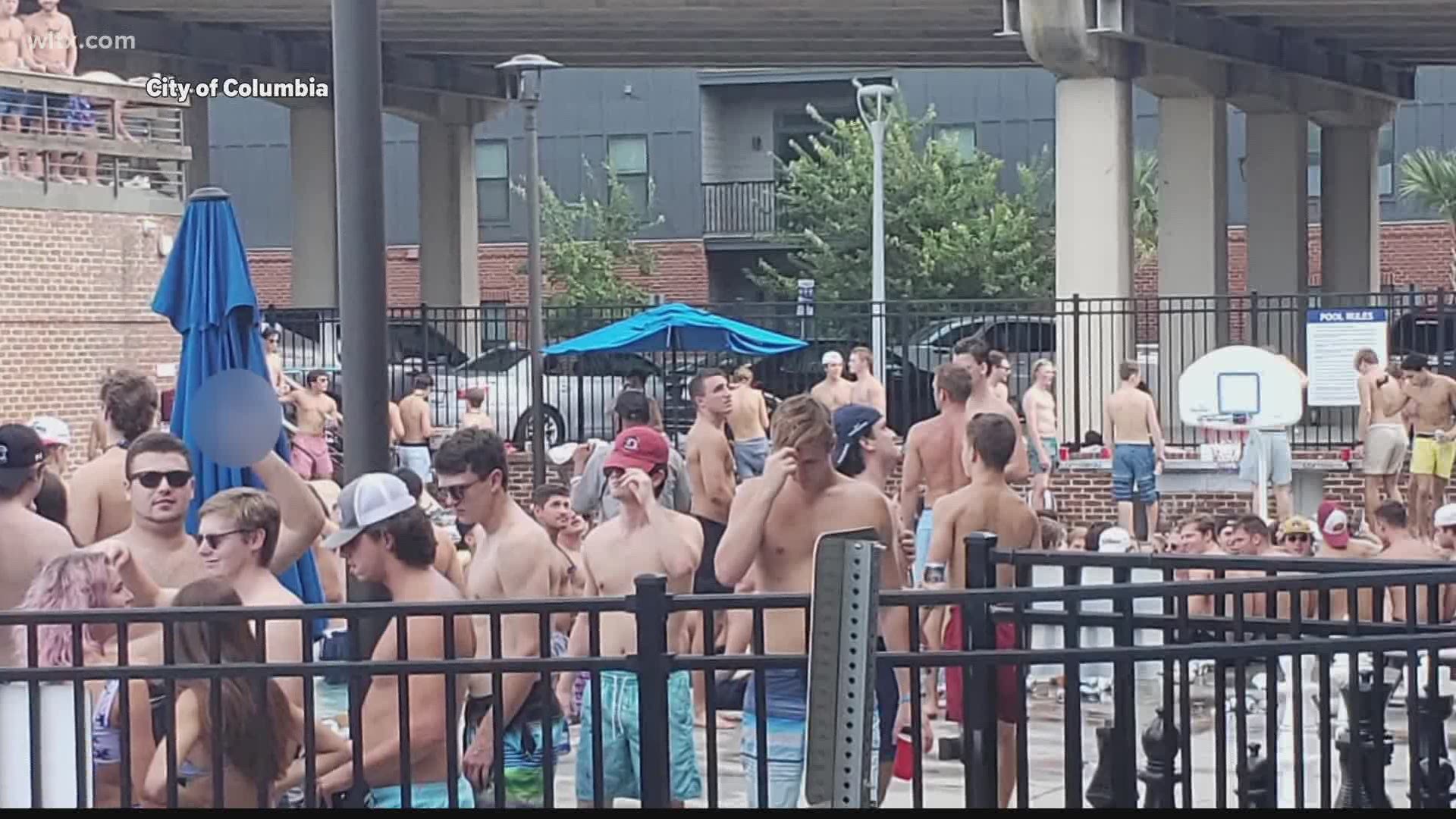 COLUMBIA, S.C. — A pool party in Columbia was shut down Saturday evening for violating the city's mask ordinance.

Columbia Fire Chief, Aubrey Jenkins, tells us he drove by the pool at The Apartments at Palmetto Compress following a complaint to the city.

Jenkins says he arrived just before 6 p.m. to find at least 200 people at the pool not wearing a mask and failing to practice social distancing.

On top of violating the city's ordinance, Chief Jenkins says the crowd appeared to be over capacity.

After a conversation with the security guard and a manager at the apartments, they decided to shut down the pool until next week. The Columbia Fire Marshal is expected to do a capacity check at the apartments Monday.

Chief Jenkins says, aside from seeing hundreds of people disregarding local law, what he found most disturbing was a statement made to him during a brief conversation with a young man at the party. He says the young man told him, "I can't catch COVID."

Many who live at Palmetto Compress attend The University of South Carolina.

The school said in a statement,"We’re grateful for the partnership we have with City of Columbia and fully support their decision to take actions to protect public safety. We have engaged with private apartment complexes for months to educate them on safe public health standards. Unfortunately, some have chosen not to manage their properties appropriately to protect the community. We also urge our students to remember their responsibilities and please use good judgement, avoiding situations where safe social distancing isn’t possible."

No tickets were handed out Saturday.

If you would like to report a violation of the city's mask mandate, you can call 803-545-3700 or e-mail maskcomplaint@columbiasc.gov.