Monday marks 10 years since a police-involved shooting that left a 92-year-old grandmother dead. 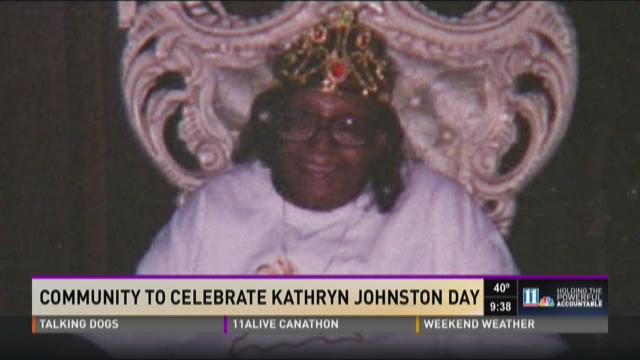 ATLANTA, Ga – Monday marks the 10th anniversary in a police-involved shooting that left a 92-year-old grandmother dead and a community in outrage.

On Nov. 11, 2006, Kathryn Johnston was shot and killed inside of her Neal Street home when three Atlanta Police officers kicked in the door during a botched drug raid. Officers had the wrong house; instead of drugs, they found only Johnston inside, armed with an old gun she kept for protection. Frightened by the noise, Johnston fired at the officers and they fired back, killing her.

While the officers were all sentenced to prison for voluntary manslaughter and related charges for their role in the incident, the community hasn’t forgotten Johnston and continues to honor her memory.

Friends of English Avenue Inc. was incorporated in 2009, and was founded by Atlanta businessman John Gordon and Rev. Anthony Motley in response to Johnston’s shooting. The organization’s mission is to make the community a safer and better place to live, and has undertaken several neighborhood improvement projects.

All through November, the organization has been hosting events in Johnston’s memory, and held Kathryn Johnston Day at Lindsay Street Baptist Church on Sunday.

But the quest to honor her legacy has hit some snags. Last month, a memorial painting of Johnston that had become a fixture in the community went missing.

Artist Janssen Robinson, who lived next door to Johnston, created the painting to honor her memory and hung the memorial outside of her home. But Robinson came home one Saturday night in October to find the painting gone.

Johnston’s home had been boarded up since her death. But the community continues to work to keep her memory alive, for this important milestone and the ones still to come.