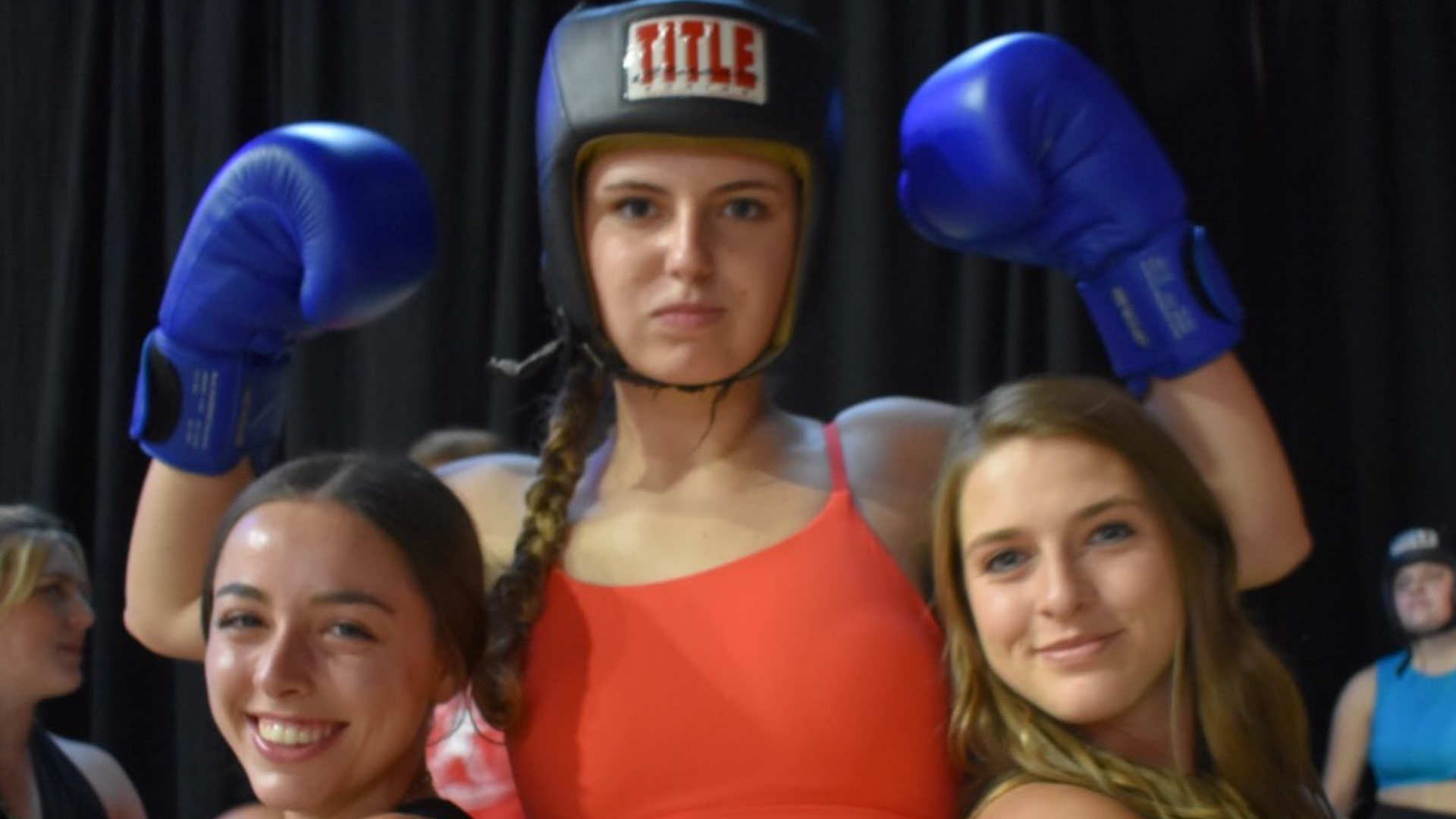 ATHENS, Ga. — The University of Georgia community is grieving after a student died in a hit-and-run crash early Saturday morning. 20-year-old Ariana Zarse is remembered as a smart, kind, determined and food-loving friend.

Earlier this month, the marketing and political science major participated in a boxing championship in front of a packed arena of about 1,700 people to raise money for charity.

The 6'1" member of Pi Beta Phi won, helping raise more than $20,000 for the American Red Cross and Children's Healthcare of Atlanta.

She trained for months with Coach Dean Agnew of Keppner Boxing, who became close friends with her while coaching.

"I woke up from a nap around like three o'clock and one of our other fighters, Morgan, had called me. Her voice was kind of trembling," Agnew said. "Morgan said, 'I want you to hear from me first, but Ari passed away last night.' At first I'm like, is this a joke? When I found out I pretty much cried all day."

It's the hardest 'fight' Agnew has come across, and he is battling this one in and out of the boxing ring.

“I literally was just was with her last week, so it hit me pretty hard. Ari was my first fighter. So me as a coach, that meant the world to me. When she won [the charity event], I started crying," he said.

In that moment, both of them hugged. It was a celebratory hug, one that feels more like a goodbye for Agnew today.

"That hug alone just speaks volumes. Me and Ari had a relationship that I didn't have with friends who I've known for three years and me and Ari, we knew each other for two months," he said.

The Athens-Clarke County Police Department said Zarse was crossing Broad Street to the east of Foundry Street when a Honda Accord traveling down Broad hit her. Police said the car then left the scene.

The incident happened just after midnight. A friend walking with Zarse was not hit.

“It's been messing with me a lot. Like a lot. I keep going back reading through old text messages looking at fight videos of her hugging me and I hear her voice," Agnew added.

Investigators say they found the car, but are still working to figure out who was driving at the time of the crash.

"One of the biggest things for me was that I gave her one last kind of like, hurrah, when she won her fight. It was one of the last big things she got to experience and that, that pulls on my heart a little bit knowing that I was a part of that," he added.

Agnew says Zarse had never boxed before so he coached her through it. Now, Zarse is teaching him lessons.

"The legacy I say Ari leaves behind is that any day could really be your last," Agnew said. "This could be our last week, you never know. So, you have to really live every day like it's your last."

Police said it was the 20th fatal crash in Athens-Clarke County this year.

"Anyone with information regarding this crash is asked to contact Officer First Class Tilley at (762) 400-7355 or via email at dustin.tilley@accgov.com."