A sports medicine doctor explains the difference and ways to decrease a player's risk. 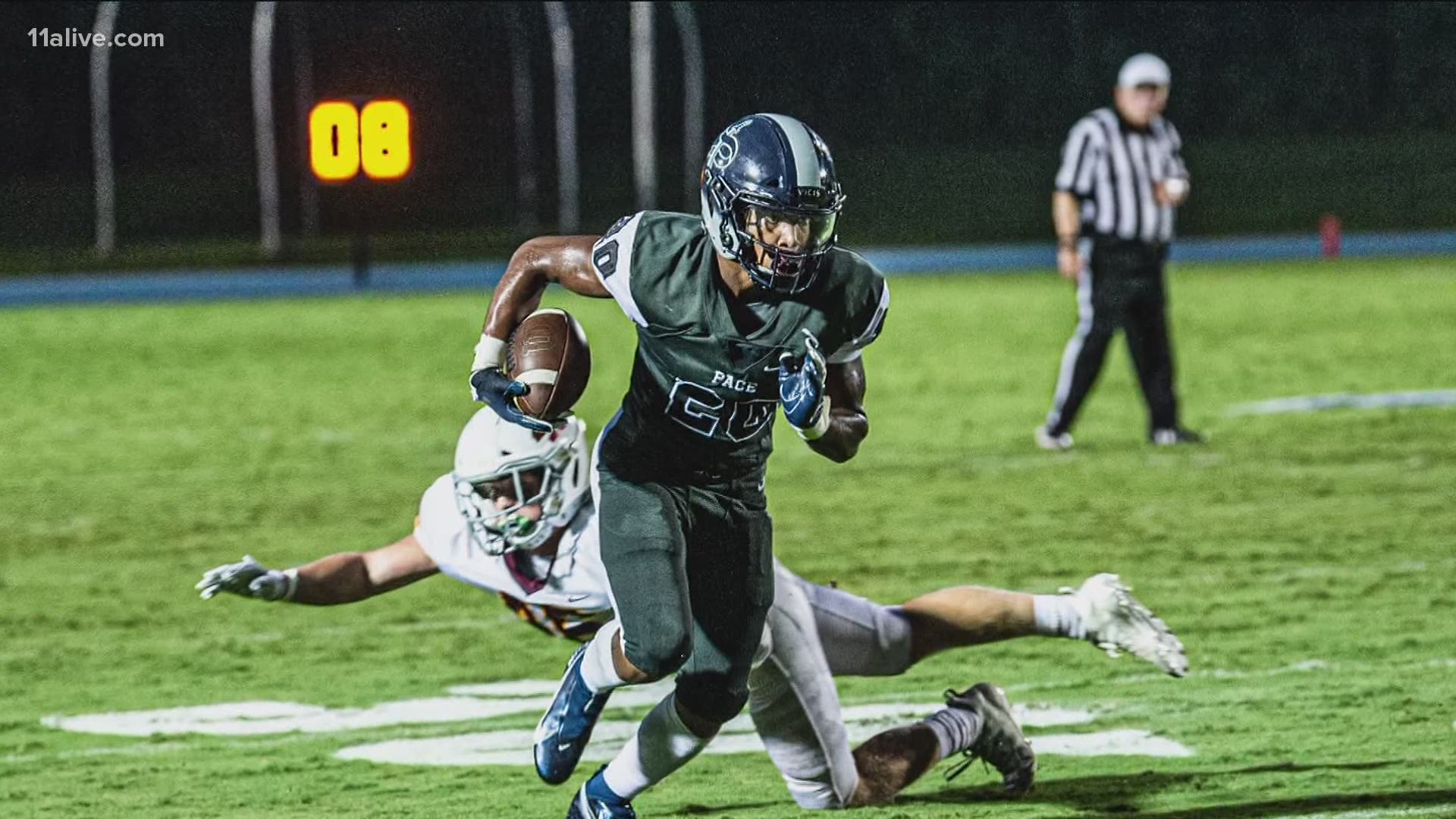 ATLANTA — Ever since Pace Academy sophomore Jordan Sloan was injured in Friday's game against Westminster, his classmates have been showing their support with the hashtag #staystrongsloan.

It was on a play in the third quarter when he was injured. Some parents at the game said it appeared players' helmets collided, but neither school has confirmed exactly how Sloan was injured.

"In football, the collisions are very violent. It's an unavoidable part of the sport," said Dr. David Marshall, the Medical Director of Sports Medicine at Children's Healthcare of Atlanta.

He could not speak to Sloan's case but said in general, helmets can only do so much to protect football players.

Marshall explains brain injuries can range from a concussion, which can heal on its own, to a traumatic brain injury (TBI) which involves hospitalization and surgery.

Marshall says a player's best chance to heal is to pull them out of the game after the first concussive hit.

A second hit could turn a concussion into a TBI.

"When there’s another blow to the brain after a concussion that causes massive cerebral edema or swelling in the brain," said Marshall.

"If your buddy doesn't look right in the huddle, he or she seems kind of sluggish -it’s your responsibility to grab them and tell the referee," said Marshall.

He says its a way to give these athletes the best chance of recovery.

"Brain cells typically don’t grow back so anytime you lose brain cells for whatever reason the risk of having long term problems is greater," said Marshall.

Marshall says it can be helpful for student athletes take a cognitive test before football season. Then, if there is an impact injury, they have a baseline test to compare their answers to, to help determine if there is a concussion.