The monument has stood for more than 107 years. 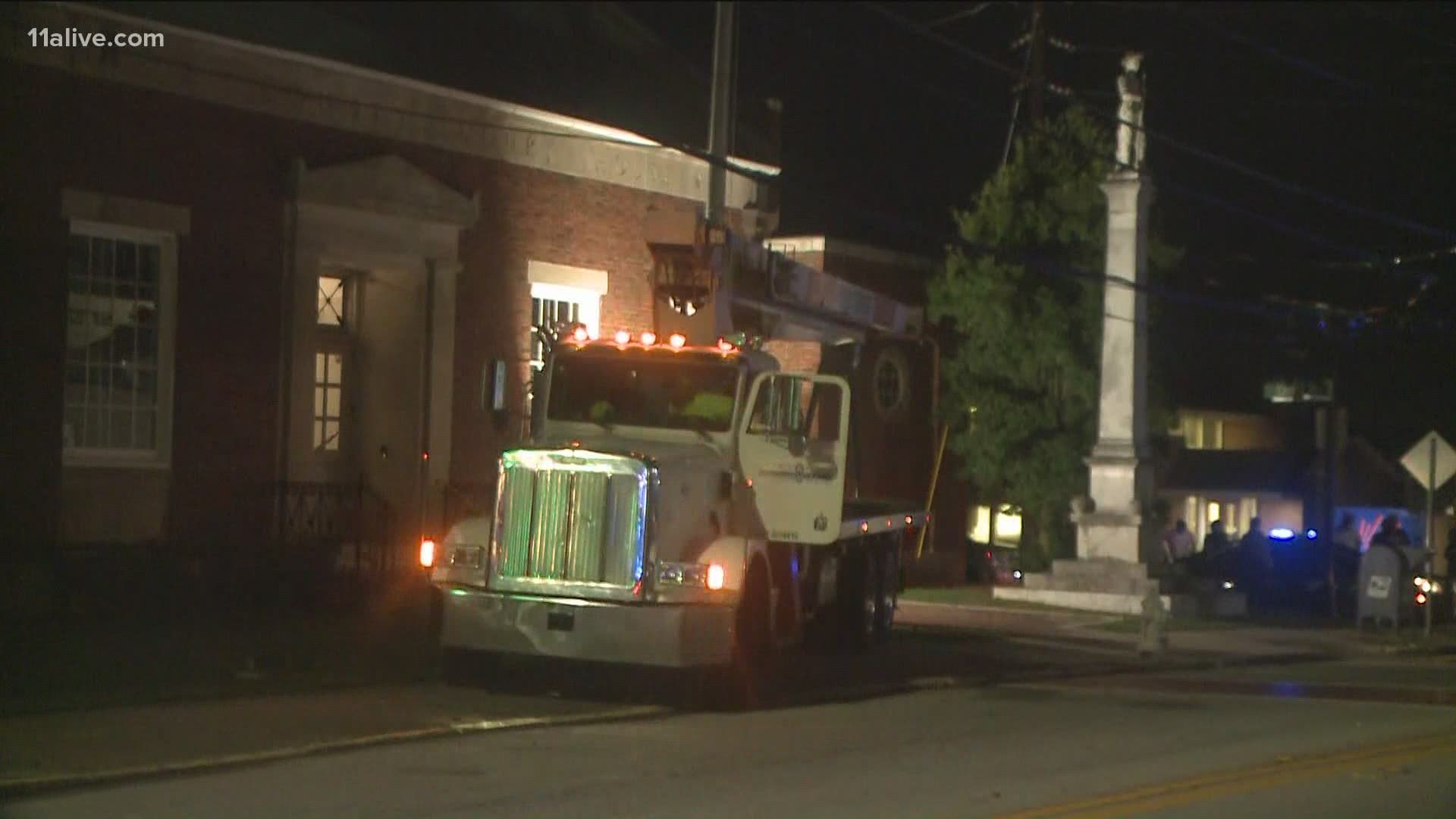 CONYERS, Ga. — A Confederate monument on display at the old Rockdale County Courthouse was taken down late Tuesday night.

City and county officials confirmed they plan to remove the statue that stands outside the courthouse building on Main Street Tuesday night at 10 p.m. They are still determining where it will be placed. The task was completed before midnight.

Groups - both for and against the removal of the monument - gathered outside the courthouse at that time, where they were able to express their viewpoints - passionately but peacefully. Conyers Police was also on sight.

The monument has stood for more than 107 years, after it was erected in 1913 by the local chapter of the United Daughters of the Confederacy. The group raised the money for the statue, erected to commemorate Confederate soldiers from the area killed in Civil War battles.

Rockdale County native and UNC student Imani Williams was part of a social media campaign to remove it. She told 11Alive on the night of the monument's removal that the community can be proud.

“I just want all the young kids out there to know that anything you put your mind to, you can do it," she said. "I think about how I have literally become my ancestors’ wildest dream. And so when I see that statue come down tonight, I just know that I didn’t do it alone, and I’m just so elated, and happy that I was just fortunate enough to be part of it.”

The removal of this monument is the most recent one to happen in Georgia, during a time when the country's tributes to Confederate symbols and racist figures are being scrutinized. Just last week, Athens's leaders voted to relocate a Confederate monument away from Downtown. Before that, another Confederate monument was removed from Decatur Square after local leaders called them a "public safety hazard" because of the potential for vandalism. And just weeks before that, protesters began calling for the removal of a statue of a Confederate general from the Capitol grounds.

The process to remove the monuments in Georgia, however, is cumbersome because a Georgia law signed by Gov. Brian Kemp last year protects Confederate symbols.

University System of Georgia to review names of buildings, colleges on its campuses