Man killed at work after teen gunman shoots him, flees to Alabama

Police have cleared a building at the Dart Container Corporation plant where the shooting happened and did not find the suspect. 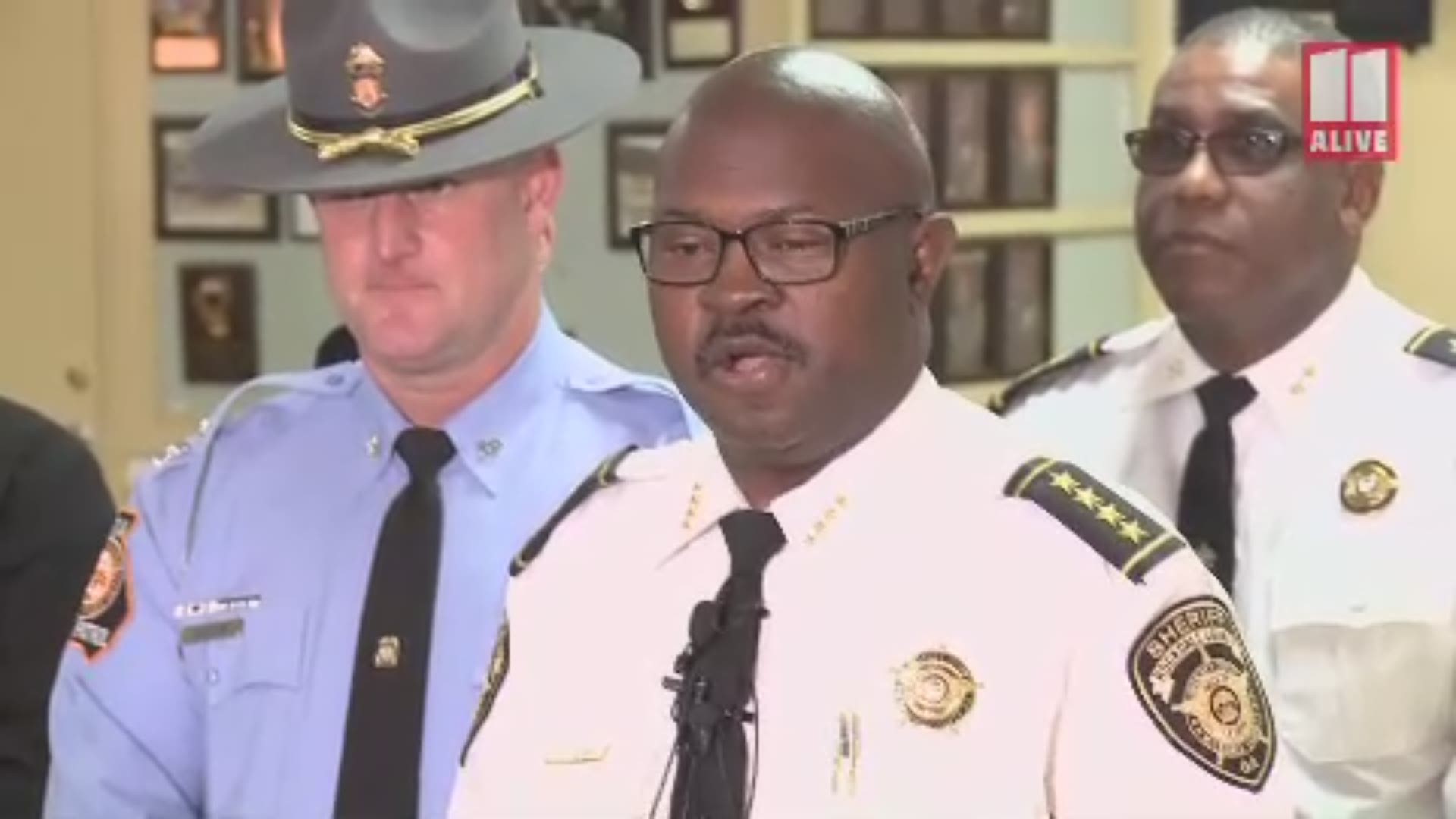 CONYERS, Ga. — The 18-year-old suspect who shot and killed a person at a plant in Conyers Friday morning is now in custody, authorities said.

Taurus Andrews was identified as the deceased victim. They said he is in his 40s.

The Rockdale County Sheriff's Office said Cameron Golden entered the plant and shot Andrews, an employee at the plant. Authorities were able to track down Golden at a bus station in Birmingham, AL.

RELATED: Shooting victim was 'so full of life,' sister says

The Associated Press reports a statement from Dart Container Corporation said the shooting happened at 7 a.m. and that the building was evacuated as a large police presence descended on the scene.

At a press conference, Rockdale County Sheriff Eric Levett said Golden was also an employee at the plant. He indicated Golden was in a temporary position.

Levett said it was also unclear at this point how many shots were originally fired, or if anyone else was fired upon.

He said the other employees at the plant had been relocated to a nearby church, where law enforcement officials were interviewing them to try and learn exactly what happened.

Levett said a truck driver who saw a man run out of the building helped deputies learn the suspect had fled, and the sheriff said a federal agent in the Bureau of Alcohol, Tobacco, Firearms and Explosives contacted a counterpart in Birmingham, who happened to be at the bus station and saw Golden, who was taken into custody.

Schools and county administrative buildings in the area were put on lockdown during the manhunt.

Those lockdowns have since been lifted.

"It was scary," Levett acknowledged, as the situation first unfolded. But he said his office regularly trains in active shooter drills and the assistance response from other agencies was robust.

He said deputies arrived on scene just three minutes after the shots fired call came in this morning.