Fifty years of memories, photos of his wife and kids, gone forever. No clothes except for what he and his grandson had on them when they escaped the fire. 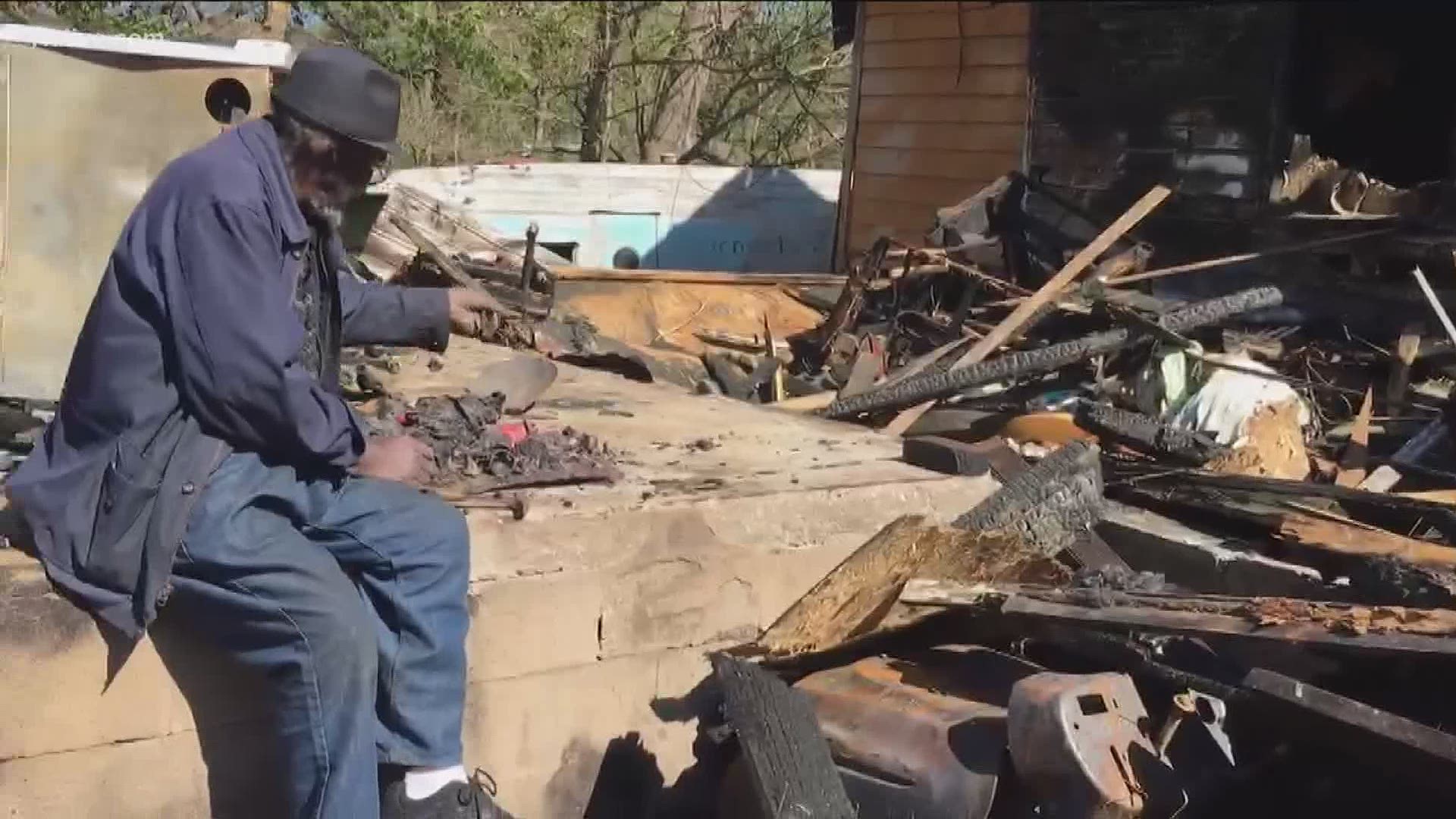 CONYERS, Ga. — Walter Harris isn’t much of a talker.  A simple “yes” or “mmhmm” is his standard answer to a question.

But, watching the disabled 80-year-old man sit in the middle of hundreds of pieces of charred wood, smash pieces of it with a hammer - sends a direct message.

His house was on fire from a possible gas leak. And in a short amount of time, his house, car, truck, were destroyed, with everything inside - including his dog, Dollar Bill.

“That was his life partner,” said his niece Renee' Simpson.

Walter’s lived in the home off Grimes Street in Conyers since he was 29. Fifty years of memories, photos of his wife and kids. Gone forever. No clothes, no anything, except for what he and his grandson had on them when they escaped the fire.

“Didn’t save nothing,” Harris said plainly.

“This is what it looks like,” Simpson said, panning her phone around to show the once-family home, caved in on itself, not a piece of the wood frame untouched by fire.

Simpson remembers the house, remembers all the times she visited her “Unc,” as she lovingly called him.

“Coming out, playing in the yard. Coming over for dinner - he’s a good cook - coming all for dinner as did all of the nieces and nephews," she listed. "He was deemed our favorite uncle.”

Her favorite uncle spent his life doing construction work, laying brick, and pouring concrete as a private contractor. A life of hard work, and a life that left him without much savings, without a pension, 401(k), or benefits outside of social security income.

Still, there’s a level of optimism for Harris.

“He comes here every day and he burns away portions of the house,” Simpson said.

As a life-long resident of Rockdale County, Harris hopes he can one day see another home rise from the ashes.

“I hate it got burned,” he said, still hammering away at a piece of his home. “I want to build it back.”

Simpson’s not sure how that will happen. She’s started an online fundraiser that’s raised less than $100 in four days. But, she's happy her Unc is alive and wouldn’t trade that for anything in the word.

“Just to know that he survived, that’s like hitting the lottery for me. I thank God, that God spared his life.”

Harris is currently staying with a friend nearby, so he’s close enough to come back every day.

He may not talk much, but his silent determination means he'll keep doing what he can and will keep returning “home” every day.