Family members said two of the teens killed are brothers. 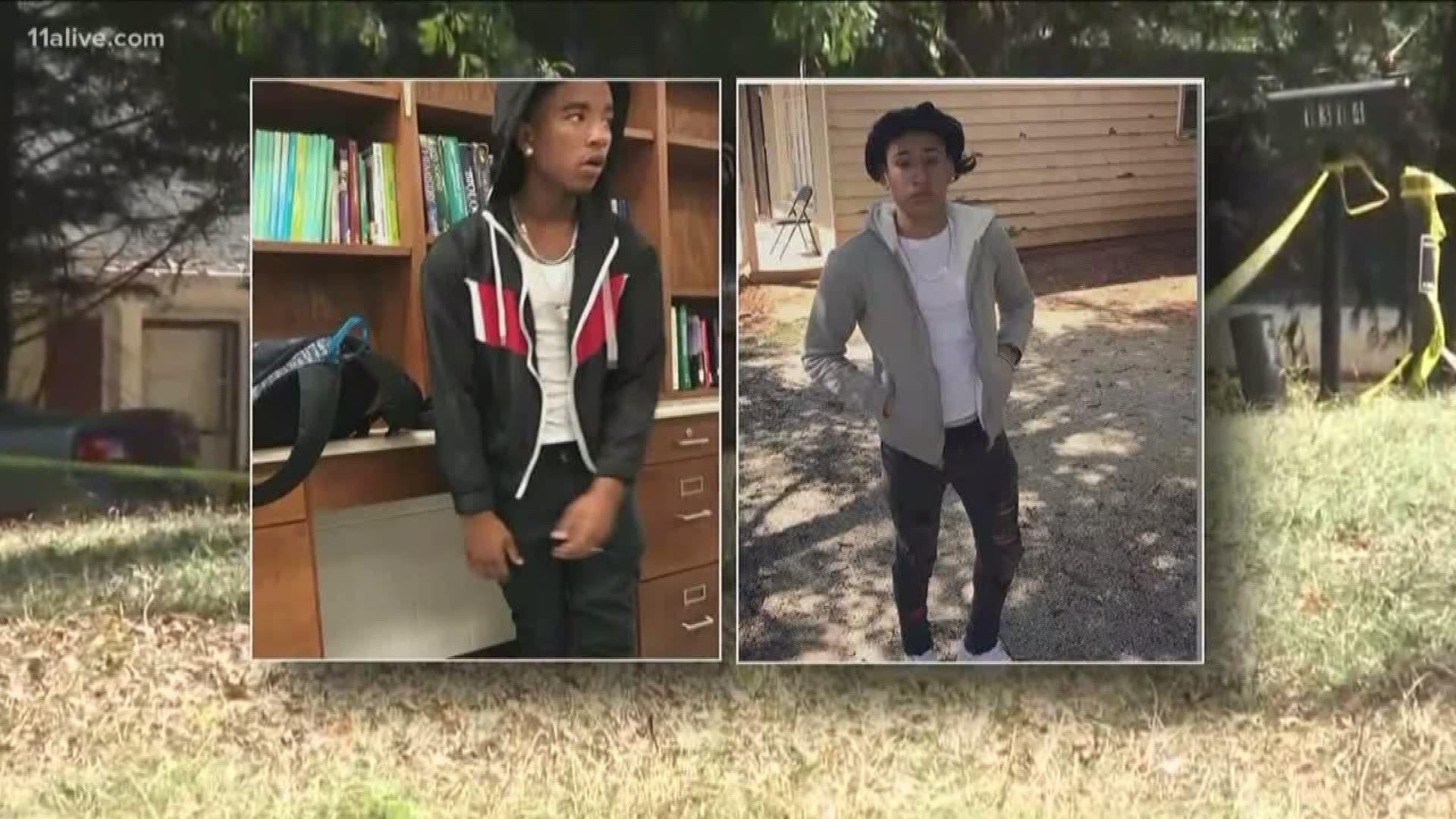 The Rockdale County Sheriff's Office said the teens, two 16-year-old boys and a 15-year-old, were killed during an exchange of gunfire. A Sheriff's spokesman said late Monday afternoon that the teens were attempting to rob three people in the front yard of a home, and one of the teens opened fire on the alleged robbery victims.

The incident happened just after 4 a.m. off Flat Shoals Road on White Oak Court in Conyers.

“They was loving, they was brothers," said LaShawn Thornton, their aunt, Monday evening, speaking of how close they were to each other.

On Wednesday, the Rockdale County coroner identified the third as 16-year-old Brandon Gresham.

Rockdale County Sheriff Eric Levett told 11Alive News earlier Monday that the three teens had come to rob the homeowner and his family in the middle of the night.

“When deputies arrived, they did find masks on the [faces of the deceased] young men," Sheriff Levett said.

The Sheriff's spokesman said late Monday afternoon that investigators had concluded that  "the three now deceased individuals had their faces covered as they approached the residence and attempted to rob three individuals in the front yard.  One of the attempted robbery suspects brandished a handgun and fired shots at the residents before one of the intended robbery victims returned fire. The victims of the attempted robbery were all uninjured, but the three attempted robbery suspects were all shot during the exchange of gunfire and succumbed to their injuries, one on scene and two at a local hospital after being transported."

"I hope that someone can come forward and let us know what’s going on. Because this is, like, devastating to my family. There are three teens that are dead, now," she said. “And we all loved them.”

The homeowner, getting word to 11Alive through a neighbor, said he is not ready to comment.

The sheriff said his office is still investigating, to decide whether the homeowner will face any charges or if this will turn out to be a case of self-defense.

"Basically what stand your ground allows for is that you can defend your habitation, property and others with possibly using deadly force," she said.