'RIP Captain' one message read, in part. Jamie Baldwin was the head football and track and field coach. 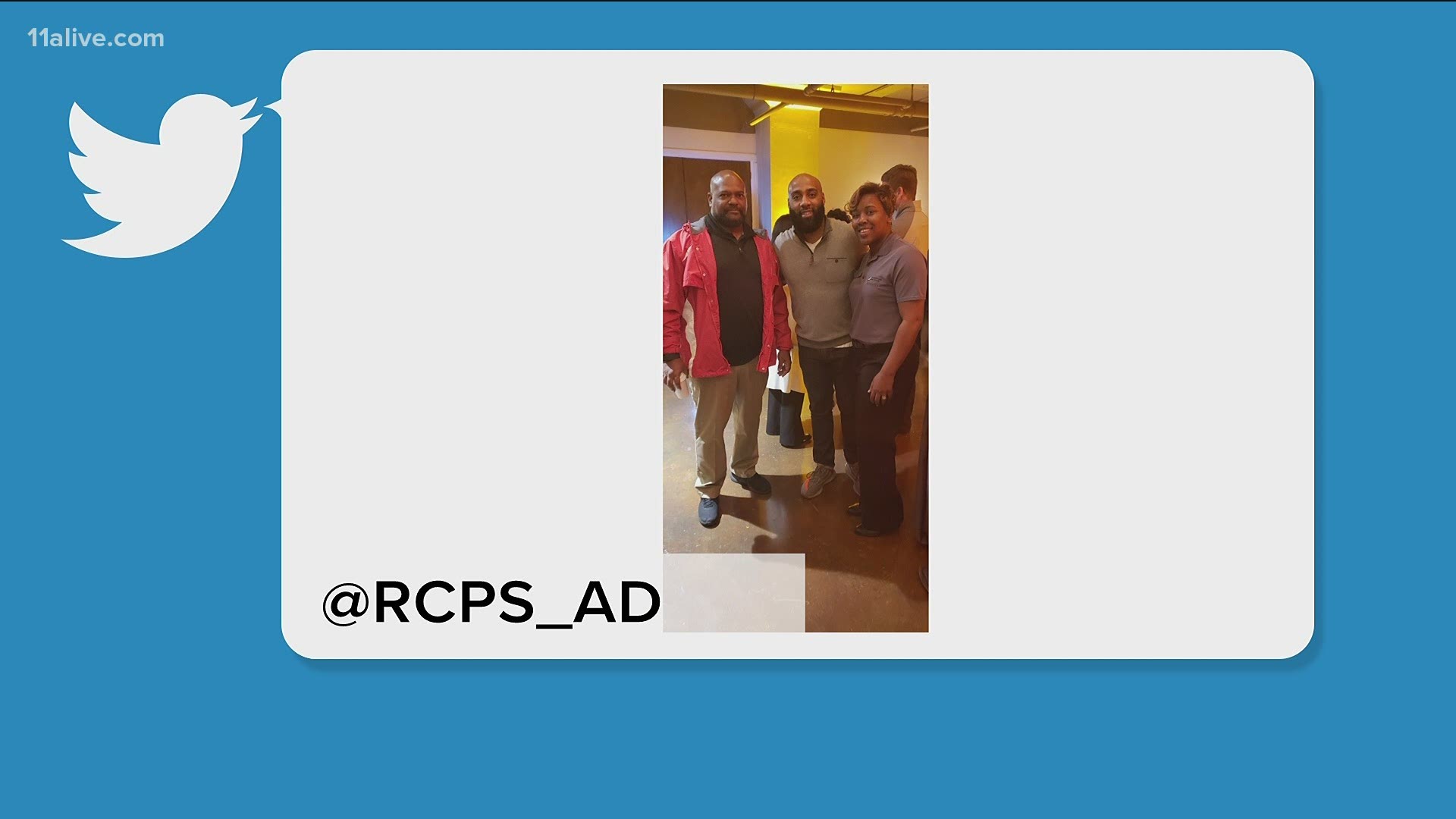 ROCKDALE COUNTY, Ga. — The high school sports community of Rockdale County is saying an unexpected and mournful goodbye to one of its pillars.

Rockdale County High School announced online, Saturday that its head football coach and the coach of its track and field program, Jamie Baldwin, had died suddenly.

"This is a significant loss to our family," a message from the school principal said. "You are all in our thoughts."

Since the announcement of Baldwin's death, word has spread across the school community as many close to the school have offered their condolences.

On behalf of the RCHS family, I extend condolences to the family of our beloved Head Football and Track and Field Coach Jamie Baldwin on his sudden passing earlier today. This is a significant loss to our family. You are all in our thoughts.

Among them was Rockdale County Public Schools Athletic Director Chad Suddeth who described Baldwin as an "all around great guy."

Words can not express our sadness. Coach Baldwin was an all around great guy. A great role model, amazing coach, and devoted father. Rest Easy Coach 😢 pic.twitter.com/saj07q3IG7

The program overall described the sudden death of one of its leaders as an "incredibly emotional day for Dawg Nation."

A tweet from the program described him as one of the best, a "gentle giant," and a great role model.

"Impossible to come up with words to describe our sadness," it said. "RIP Captain - we love you & your family dearly."

The school hasn't released any details on a cause of death or funeral arrangements for their coach. Workouts for Monday,  however, have been canceled.

Incredibly emotional day for Dawg Nation, as we lose one of the best. An absolute gentle giant, full of class - a great role model for our kids. Impossible to come up with words to describe our sadness. RIP Captain - we love you & your family dearly. pic.twitter.com/Bn3pA71z0P