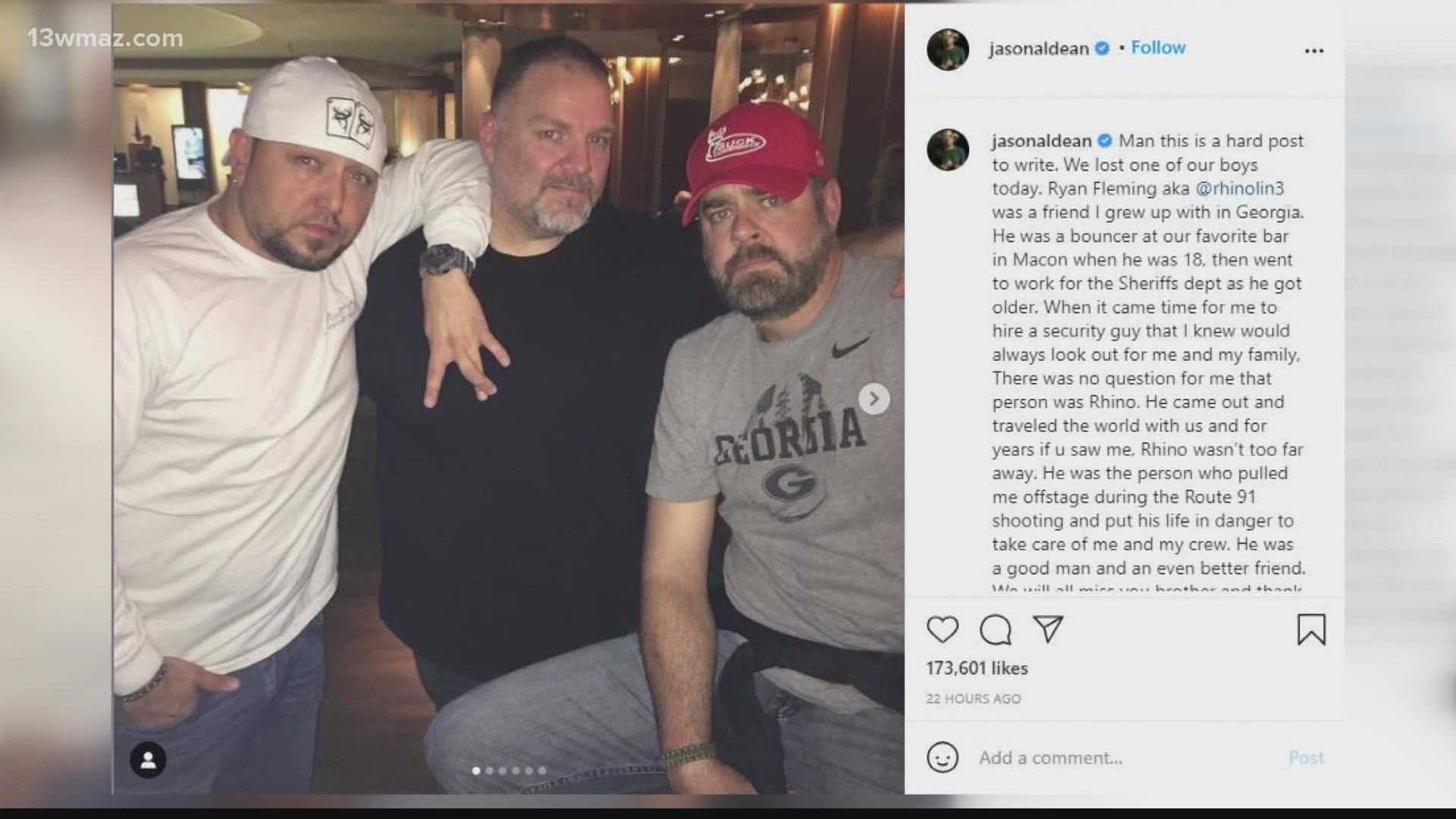 MACON, Ga. — Country music superstar and Macon native Jason Aldean is in mourning after the loss of his friend and security guard.

The post says Fleming and Aldean grew up together in Macon. Aldean says Fleming worked as a bouncer at his favorite bar and later worked for the sheriff's office. The singer says he knew Fleming was someone he could trust when he hired him as security guard when he became a touring musician.

Thank you Rhino! See ya down the road one day bro. RIP 💔

“He was the person who pulled me offstage during the Route 91 shooting and put his life in danger to take care of me and my crew. He was a good man and an even better friend. We will all miss you brother and thank you for having my back all these years. We love ya Rhino! RIP,” Aldean said in the post.

There is no word on the cause of Fleming's death.