She was born through surrogacy in England. 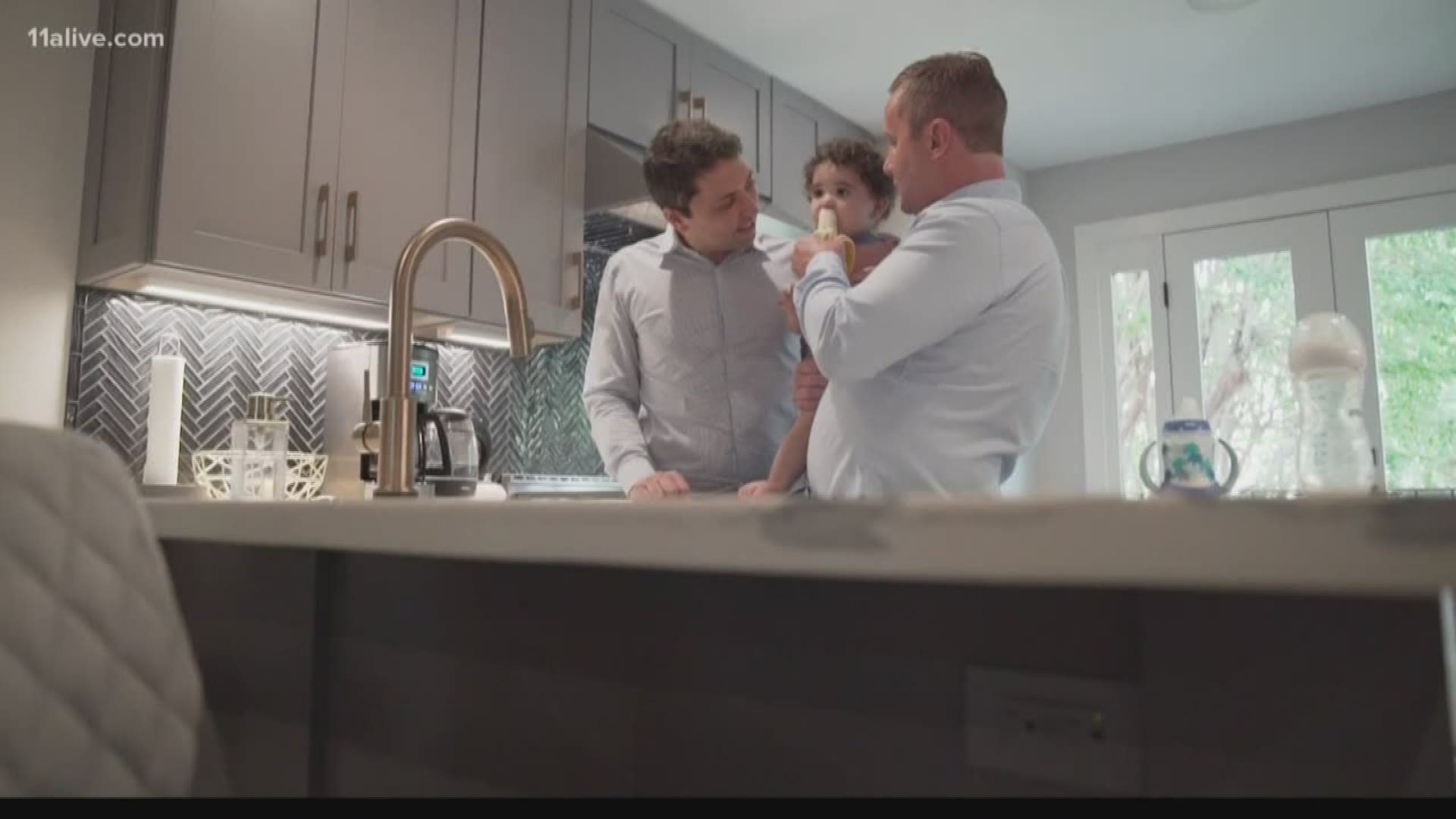 A same-sex Georgia couple continues to fight to get the United States to recognize their daughter as a citizen.

Baby Simone was born through surrogacy in England. After the government declined to give their daughter U.S. citizenship, Derek Mize and Jonathan Gregg filed a lawsuit against the U.S. State Department. The Reveal investigator Andy Pierotti first brought us their story last year.

On Friday, the couple filed a summary motion asking for the federal court to compel the state department to recognize their daughter – Simone– as a U.S. citizen.

"As a parent it’s unnerving to know that this piece of the puzzle is not in place," Derek Mize told 11Alive's Elwyn Lopez. "We try not to think day to day that our daughter, you know, that our daughter is illegal here, you know that she doesn’t have status."

RELATED: ‘Born out of wedlock’ policy used to deny 1-year-old citizenship, because her parents are gay

Both of Simone’s fathers, are U.S. citizens, but the state department doesn’t recognize her as an American.

"That was crushing, it was very upsetting," Gregg told Andy Pierotti in an interview last year, where the couple talks about the moment the U.S. consulate in London rejected their baby daughter's application for U.S. citizenship. "She said 'I'm really so, so sorry to tell you that we will not be able to give you a passport because Simone is not a U.S. citizen' and my heart went to the floor," Mize told Pierotti.

Rejected because only one of Simone’s fathers – Jonathan – has a biological tie to her.

The couple filed a lawsuit against the state department, claiming its policy "unlawfully discriminate(s) against children simply because their parents are same-sex."

The lawsuit also claimed the state department failed to acknowledge the validity of the couple's marriage, and treated Mize - who is on Simone's birth certificate - as if he wasn't Simone's father.

Mize said he believes now they are one step closer to putting that piece of the puzzle back in place.

"For us it's really just about our daughter and about securing her citizenship so that we can focus on the things we need to be focused on as parents," he said.

The couples’ lawyers argue that the state department’s policy treats married same-sex couples as if their marriages did not exist.