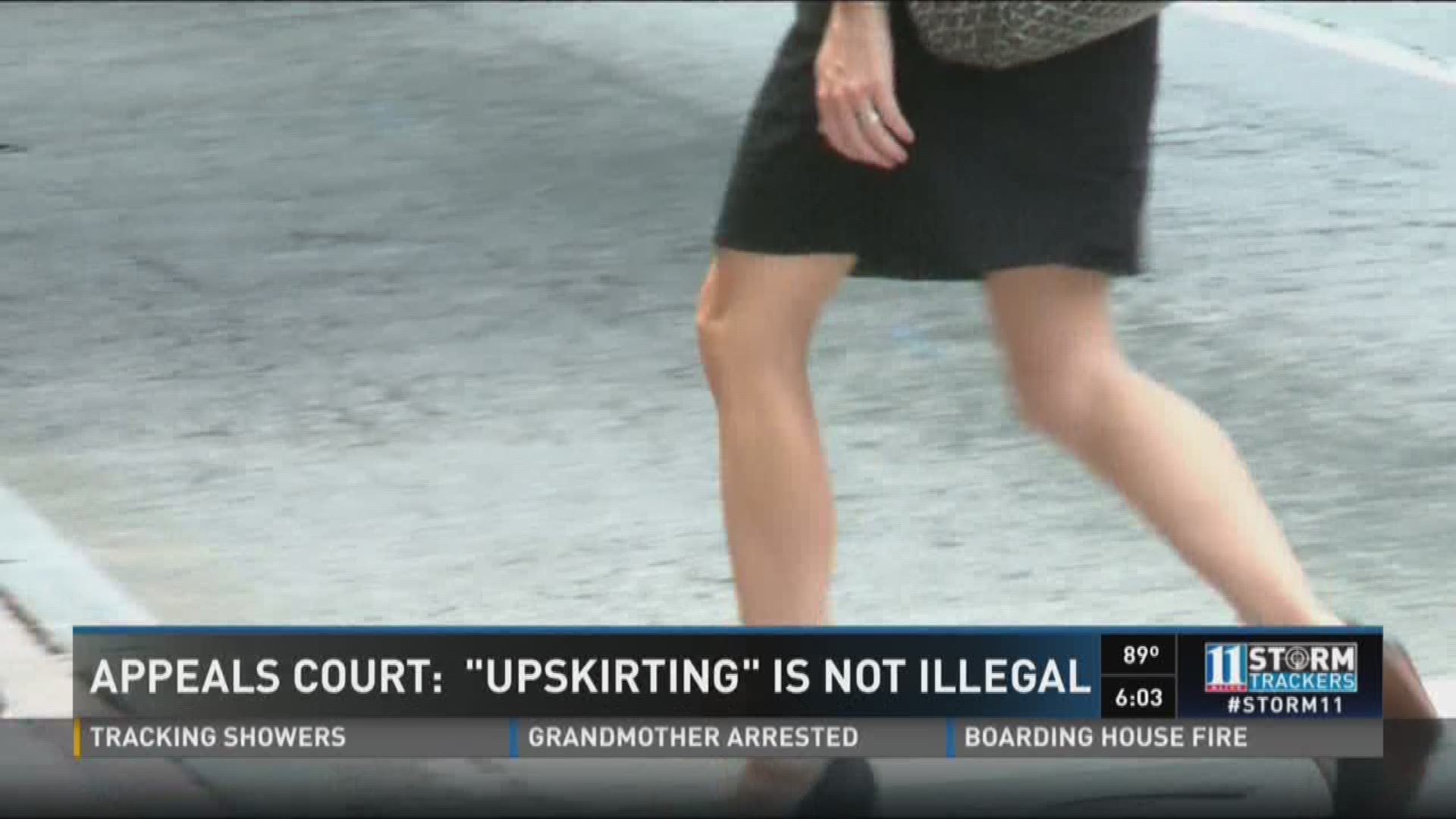 A recent Georgia Court of Appeal's decision has ruled that "upskirting" is not a crime in the state.

The shocking announcement came following a case in which a man was caught filming underneath a woman's skirt back in June of 2013.

While working for a Publix Grocery store in Houston County, Brandon Lee Gary was caught on the store's security cameras with his camera aimed underneath a victim's skirt at least four times as the victim walked and shopped in the aisles.

Gary later admitted to the action after being questioned by police. He was later indicted by a grand jury on a single count of "Unlawful Eavesdropping and Surveillance."

Georgia's Invasion of Privacy Act (OCGA § 16-11-60) deems it illegal for “[a]ny person, through the use of any device, without the consent of all persons observed, to observe, photograph, or record the activities of another which occur in any private place and out of public view."

However, since the incident took place in a public place, like a supermarket, these rules did not apply to Gary.

The Court of Appeals said this issue is one that can be fixed with the proper language by the General Assembly.

In closing, we note that it is regrettable that no law currently exists which criminalizes Gary’s reprehensible conduct. Unfortunately, there is a gap in Georgia’s criminal statutory scheme, in that our law does not reach all of the disturbing conduct that has been made possible by ever-advancing technology. The remedy for this problem, however, lies with the General Assembly, not with this Court. Both our constitutional system of government and the law of this State prohibit the judicial branch from amending a statute by interpreting its language so as to change the otherwise plain and unambiguous provisions thereof

Emory Law Professor Randy Kessler said the court's decision interpreted the law as it was written, before cell phones were commonplace nearly everywhere.

"The strict interpretation of the statute means a private place is private out in public and she was out in public," Kessler said.

Kessler agrees with the court that Georgia privacy laws are in need of an update.

"If the law is unclear you get a bad result like this someone will introduce a bill to say from now on, this is clearly against the law clearly a crime," Kessler said.

"I have already asked legal counsel to draft a bill to deal with this issue," Fort said. "I'm sure there are going to be other legislators offering it is well. I am fine with that; the most important thing is getting it done."

Kessler warns that upskirters they can face civil penalties. With surveillance video everywhere, they are likely to be easy to catch.